A solar receiver and boiler on top of a tower is seen between the backs of heliostats reflecting sunlight toward it at the Ivanpah Solar Electric Generating System on March 3, 2014, in the Mojave Desert in California near Primm, Nev.
Photographer: Ethan Miller/Getty Images

A lonely expanse of Mojave Desert straddling a blink-and-you’ll-miss-it intersection on a desolate Nevada state highway west of Las Vegas is a sandy forest of yucca and creosote bush where desert tortoises live in triple-digit summer heat.

By 2020, it could be the home of NextEra Energy’s Yellow Pine solar power project, a 250-megawatt solar photovoltaic array proposed for 9,000 acres of federal Bureau of Land Management land in Nevada near the California border.

If the BLM gives Yellow Pine a green light, it will be part of the BLM’s plan to swiftly approve at least eight solar power projects on federal land in California, Nevada, and Wyoming by the end of 2019—expected to be the first solar power developments approved for construction on federal public land in nearly three years, according to the BLM’s solar energy project approval timeline. 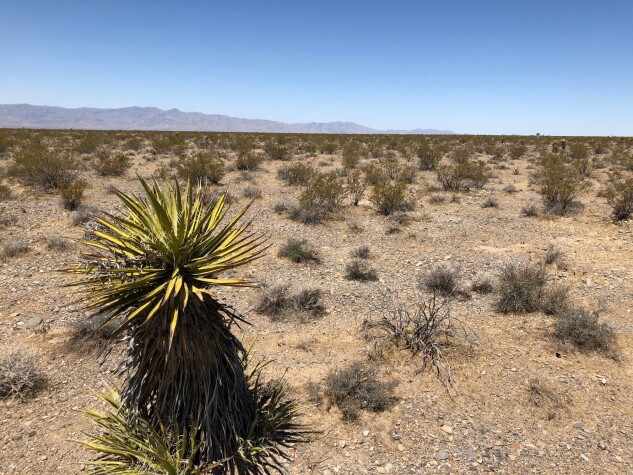 The move may be a clue to the Trump administration’s renewable energy strategy—long uncertain because of its environmental policy rollbacks—as it focuses on infrastructure development, including a hard push for offshore wind farm construction off the East Coast.

The BLM declined to comment on the agency’s long-term renewable strategy.

“After a marked slowdown in solar development in the Southwest, the administration is finally moving ahead with a handful of projects,” Hayes, executive director of the State Energy and Environmental Impact Center at the New York University School of Law, said.

The Obama administration created the BLM’s Solar Energy Program in 2012 and made solar power development on public lands a part of its Climate Action Plan. The program laid the groundwork to develop solar power across broad expanses of federal land in the Southwest’s deserts and led to the creation of 19 solar energy development zones on federal land in six states. 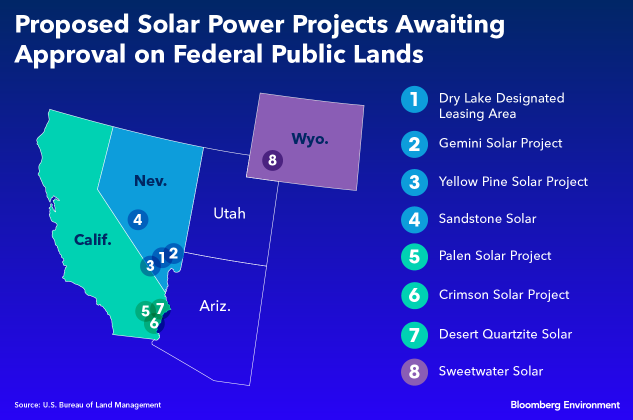 Solar projects on the drawing board for federal public lands include three in Riverside County, Calif., four in Nevada near Las Vegas, and one in southern Wyoming. All but one are expected to use solar panels, and together the solar photovoltaic projects are expected to total more than 2.5 gigawatts of solar power generating capacity, according to the BLM.

“More solar, developed responsibly, is a good thing for everybody, and we are pleased that these projects are moving forward,” Katherine Gensler, interim vice president of federal affairs for the Solar Energy Industries Association, told Bloomberg Environment.

One of the eight solar projects the BLM documents show to be fast-tracked is SolarReserve LLC’s Sandstone 2-gigawatt solar-thermal power project on federal land north of Las Vegas, which the company envisions eventually generating enough electricity to power 2 million homes.

If fully built out, Sandstone would be five times the size of the Ivanpah Solar Electric Generating System in California near Primm, Nev. Ivanpah uses mirrors called heliostats to concentrate sunlight and heat boilers perched on three separate towers, which glow brightly above the desert and can be seen for miles along Interstate 15 west of Las Vegas. 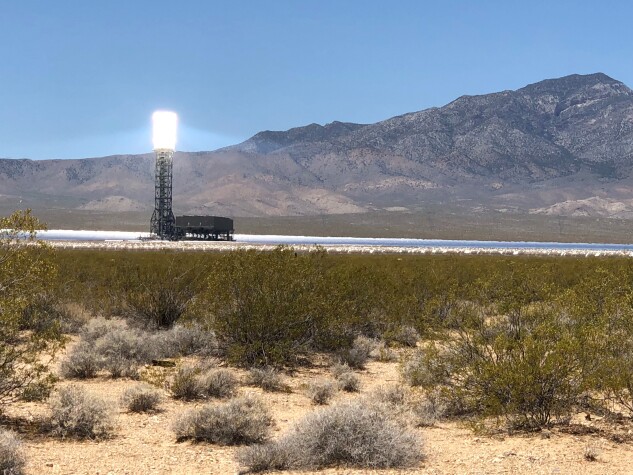 “The Sandstone project will be a solar power plant complex with up to 10 solar thermal towers, using the next generation of SolarReserve’s solar thermal technology,” SolarReserve vice president of global communications Mary Grikas told Bloomberg Environment.

“The first phase of the project will start construction in the next two to three years, once we have completed permitting, obtained a power purchase agreement, secured funding,” and selected a construction contractor, she said.

Sandstone is on track for BLM approval in 2020, Henry said.

Fast-tracked solar projects could overlook environmental conflicts that might be avoided with more methodical study and planning, conservation groups say.

Each solar project in the BLM’s approval queue will be subject to the Trump administration’s new limits on the project’s environmental review under the National Environmental Policy Act. What was formerly a years-long process is being compressed to no longer than one year.

The BLM plans to speed through the Yellow Pine project’s approval, writing a draft environmental review in less than eight months, finalizing it after three additional months and approving it by next June, BLM Southern Nevada District spokesman John Asselin told Bloomberg Environment.

It took the BLM about three-and-a-half years to study the environmental impacts of First Solar Inc.'s nearby Stateline solar project in California, also near Primm, Nev., which was proposed by the agency in 2011 and approved in 2014.

“Arevia has been in close communication with BLM for over a year now and is aligned with Gemini’s project timelines,” Graf said, adding that the company plans to work with the BLM to address the project’s conflicts with wildlife.

Careful siting of solar power projects on public land is important so that solar power can be developed as a renewable energy source while also protecting wildlife, Joy Page, renewable energy and wildlife director for the Defenders of Wildlife, told Bloomberg Environment.

The compressed approval schedule gives the agency limited flexibility to consider community feedback, the best available science, and new information that may come to light from public comments about the project, Page said.

It’s unclear whether the Trump administration has learned that the BLM’s willingness in the Obama administration to collaborate with local comunities, solar developers, and the environmental community helps to solve problems and avoid litigation, Hayes said.

“Initial indications are not promising in that regard,” he said, adding that Interior Secretary Ryan Zinke appears to be ignoring or downplaying serious environmental concerns, reducing transparency and meaningful public participation in decision-making, and insisting that environmental reviews be completed in unrealistic time frames.

A rushed NEPA process often results in poorly planned solar projects leading to delays, lawsuits, and environmental impacts that could be avoided through an adequate environmental review, Page said.

It might be impossible to fully study those conflicts within the span of a year, he said.