BlackRock Inc. gave company directors more specifics on what it’s looking for in their plans to slow global warming, warning that it could vote against those who don’t meet its standards.

The world’s largest shareholder published a five-page document on Wednesday laying out its expectations for how companies should address climate risk. It’s the first look at the details following Chief Executive Officer Larry Fink’s letter in January firms to align with global efforts to reach net-zero greenhouse gas emissions by 2050.

“We expect directors to have sufficient fluency in climate risk and the energy transition to enable the whole board—rather than a single director who is a ‘climate expert’—to provide appropriate oversight of the company’s plan and targets,” the document reads. The asset manager could vote against directors if a company has not provided “a credible plan to transition its business model to a low-carbon economy.” In other cases, BlackRock is open to supporting shareholder proposals that will force the company to make changes, if it feels “attention to the issue could be accelerated.”

Over the past three years, BlackRock has increased pressure on companies to take more aggressive steps to lower their environmental impact. Last year it joined Climate Action 100+, an investor group with $52 trillion in assets, which is working to coordinate investor attempts at tackling the climate challenge. BlackRock’s activism has coincided with eight of the world’s largest economies to zero out net emissions. That number will rise to nine if U.S. President Joe Biden fulfills his campaign promise. 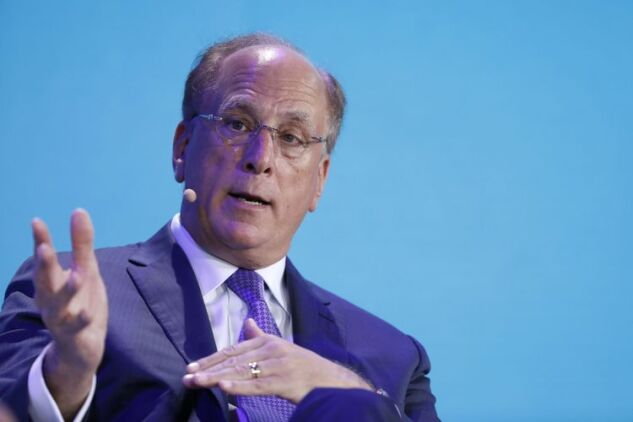 Climate experts said the new instructions don’t go far enough to help the world avoid catastrophic warming. After years of criticism from activists, BlackRock last year voted against the management of 69 companies that were part of a group of 440 it classifies as carbon intensive. This year, it is to 1,000 companies, accounting for 90% of direct emissions from all the companies it invests in. BlackRock declined to share which companies are on the longer list.

“Voting against boards is an important way for the world’s largest asset manager to take its massive responsibility seriously,” Katrin Ganswindt, a finance campaigner with nonprofit Urgewald, said in a statement. “However, without the actual threat of exclusion, this policy update remains yet another paper tiger.”

Much of BlackRock’s $8.7 trillion in assets are in passive funds that track indices. That’s one reason why BlackRock steers clear of using the threat of divestment for companies whose climate policies are lagging. Instead, it focuses on engaging with the company first and uses shareholder votes as a last resort.

Studies have shown that investors to make decisions on their portfolios. BlackRock’s paper stresses that companies need to improve disclosures of emissions and set rigorous short, medium and long-term targets to reduce them. These are crucial for investors to track progress and identify companies that are leading the energy transition.

BlackRock has previously endorsed companies reporting climate risks based on frameworks developed by the Task Force on Climate-related Financial Disclosures and the Sustainability Accounting Standards. This year, it went a step further by advocating that companies take these steps. (Michael R. Bloomberg, founder of Bloomberg LP, is the chairman of TCFD.)

Still, companies can disclose climate risks without developing plans to cut their own emissions. “These asks are totally necessary, [but] they are in no way sufficient,” Wolfgang Kuhn, director of financial sector strategies at advocacy group ShareAction, said in a statement. BlackRock needs to make sure that companies “explain how they are going about reducing their emissions.”

“Recognizing the momentum towards the Paris Agreement goals, companies need to manage the transition risk to get to global net-zero greenhouse gas emissions by 2050,” Sandy Boss, BlackRock’s global head of investment stewardship, said in an interview. “Of course, companies may need to be thinking about physical risks for 2°C or other warming scenarios.”

The warmer the world gets, the harder it will be for businesses to adapt to the risks of extreme, unpredictable weather. That’s why the Paris accord sets out two goals: keep global warming “well below 2°C” compared to pre-industrial levels, while aiming to limit it to 1.5°C. Getting to net-zero globally by 2050 is consistent with meeting the more ambitious temperature goal, but BlackRock also wants companies to show they are prepared to deal with the risks if warming cannot be limited to 2°C.

The focus on risk management “indicates that BlackRock is more concerned with protecting itself from the impacts of climate change rather than also curbing its own contributions to it,” pressure group BlackRock’s Big Problem said in an analysis. “Will BlackRock insist that companies set emission targets compatible with limiting climate change to 1.5°C?”

BlackRock says it expects that companies will probably find “operational efficiencies” in the process of meeting its climate expectations. These will lower costs by decreasing energy use, deploying new technologies and reducing waste, which it says will create more value for shareholders. It also says that companies should only use carbon offsets, which involve paying for someone else to cut emissions, “as a complement, though not a replacement for, substantive and sustained long-term emissions reductions.”

While the company’s instructions offer more detail on its climate thinking than before, they are still than many advocates have called for. That’s possibly because BlackRock invests in companies all over the world, and has to account for countries that are at different stages of embracing climate action.

“Companies in developed and emerging markets are not equally equipped to transition their business and reduce emissions at the same rate,” reads a footnote. Many countries in Asia currently lag developed economies in setting ambitious national climate targets, the paper says, and BlackRock expects companies in those regions to make plans “in anticipation” of regulations that will come with future net-zero targets.

(Updates throughout with comments from experts and activists.)

To contact the editor responsible for this story:
at schen462@bloomberg.net