In the end, the unraveling economics of U.S. coal proved too much for even a giant among power generators to handle.

At 12:09 p.m. local time on Monday -- after churning out electricity for almost five decades -- the largest coal-fired power plant in the western U.S. permanently closed, becoming the latest testament to the fossil fuel’s decline. Once a flash point in President ’s campaign to save America’s coal industry, the Navajo complex in the Arizona desert will now spend the next three years being dismantled and decommissioned. 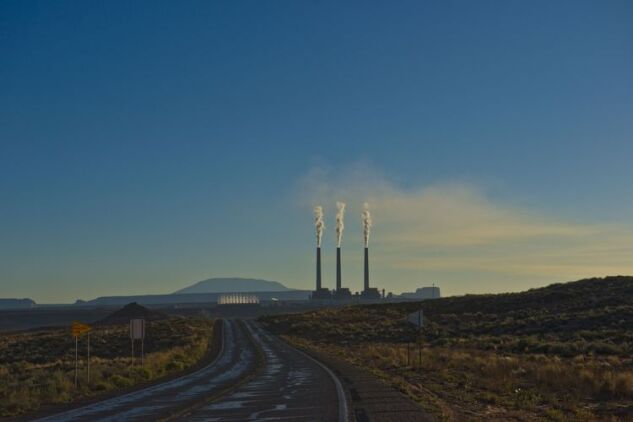 The end was a long time coming for the 2.25-gigawatt Navajo plant. Its owners, led by Salt River Project, had initially planned to in 2017 but struck a with leaders of the Navajo Nation to keep it going for another two years. The facility, which once produced enough power to light up 1.7 million homes, sits on Navajo land in the Four Corners area of Arizona and was a major source of jobs in the region.

Tribal leaders spent years appealing to the Trump administration for help saving the plant, characterizing it as the president’s chance to fulfill his campaign promise to revive America’s Coal Country. The fact that the Interior Department owns a 24% stake in the complex gave him all the more reason to make an example out of it. Then-Interior Secretary vowed to explore for rescuing the site.

For all its political ties, the Navajo complex proved no match against market forces. The shale boom unleashed record volumes of low-cost natural gas, undermining the economics of coal generators across the U.S. Cheaper and cleaner wind and solar farms also began squeezing the plant’s profits.

Coal, which once supplied more electricity in the U.S. than any other resource, now accounts for less than a quarter of the nation’s mix. Since 2010, power generators have announced the retirement of more than 500 coal-fired power plants, according to government data.

Chief Executive Officer described the ultimate decision to shutter Navajo as a “difficult but necessary” one.

It would prove to be one of many failed attempts by Trump to help save coal plants.

Last year, his administration’s to subsidize some coal generators supplied by miner and long-time Trump supporter fell apart. Murray’s company ended up filing for in October.

In February, the federally operated to retire an aging coal-fired power plant in Kentucky, despite Trump calling for the utility on Twitter to keep it open.

The owners of the Navajo plant -- which also include , and -- have agreed to make lease payments totaling about $110 million to the Navajo Nation so the site can be decommissioned, monitored and operated as part of the region’s transmission system.

, the biggest U.S. coal producer, has already shut the Kayenta mine -- on Navajo and Hopi tribal lands -- that supplied the plant.

Salt River said in a statement that it has offered jobs to all 433 of the employees at the Navajo plant. Almost 300 have accepted.

The Navajo plant “will always be remembered as a coal-fired workhorse,” Hummel said in the statement. The complex “and its employees are one reason why this region, the state of Arizona and the Phoenix metropolitan area have been able to grow and thrive,” he said.

(Michael R. Bloomberg, the founder and majority stakeholder of , the parent company of Bloomberg News, has committed $500 million to launch Beyond Carbon, a campaign aimed at closing the remaining coal-powered plants in the U.S. by 2030 and slowing the construction of new gas plants.)

To contact the reporter on this story:
in New York at wwade4@bloomberg.net

To contact the editors responsible for this story:
at ldoan6@bloomberg.net

Will Wade
Bloomberg News
Biggest Coal Plant in the West to Shut Down Next Week
Battle to Save a Dying Arizona Coal Plant Goes to Washington
Navajo Nation Says It Won’t Be Used in Cloud Peak Coal Takeover
© 2022 Bloomberg Industry Group, Inc.
All Rights Reserved