The EPA said it was waiving volatility requirements governing gasoline in Maryland, Virginia, Pennsylvania and Washington for one week. The move could help bring more fuel to the area that is normally well supplied by the Colonial Pipeline system.
Photographer: Lauren Justice/Bloomberg via Getty Images

The Biden administration moved Tuesday to ease gasoline shortages caused by a ransomware attack on the nation’s largest pipeline network, as concerns grew that spiking fuel prices and supply disruptions could hinder travel while the nation emerges from the coronavirus pandemic.

The waived gasoline volatility requirements across 12 states and Washington, D.C., to help bring more fuel to areas normally well supplied by the Colonial Pipeline. The also announced initial steps that could permit foreign tankers to transport gasoline and diesel to East Coast ports, despite 101-year-old Jones Act mandates to use American vessels.

The actions are among President has to blunt the potential political fallout from fuel shortages and rising prices just as he’s trying to jump start the economy after the worst pandemic in a century. 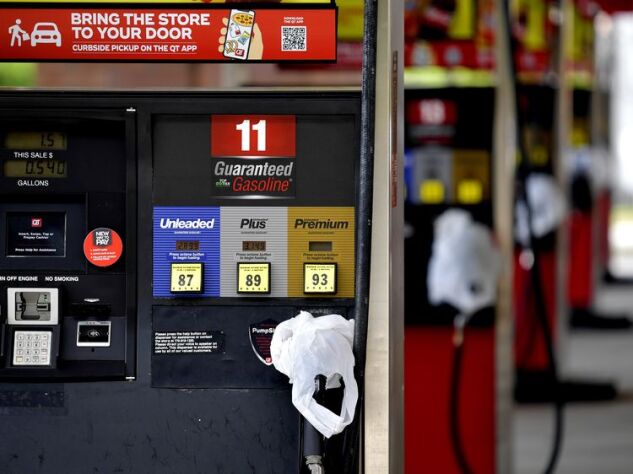 A gas station that has run out of fuel in Kennesaw, Georgia, on May 11.
Photographer: Mike Stewart/AP Photo

Energy Secretary said the was enlisting railroads to ensure fuel could be transported inland from ports and the was directing pipeline companies to give priority to fuel shipments to where they are needed.

“We know that we have gasoline, we just have to get it to the right places,” Granholm said. “It’s not that we have a gasoline shortage, it’s that we have this supply crunch.”

“Things will be back to normal soon,” she added. “We’re asking people not to hoard and know that we’re all over this.”

The Colonial Pipeline should be substantially operational by the end of the week or the weekend, she said, while arguing there was “no cause for hoarding gasoline,” and the administration “will have no tolerance for price gouging.” States most affected by the shutdown are North Carolina, South Carolina, Tennessee, Georgia, and southern Virginia, Granholm said.

The Biden administration issued an order on Sunday extending the amount of time truck drivers can spend behind the wheel when transporting fuel across 17 states and the District of Columbia. On Tuesday evening, the Transportation Department said 10 states could allow heavier-than-normal truck loads of gasoline and other fuels.

“It is hard for elected officials to do nothing when pump prices are rising,” said , managing director of ClearView Energy Partners. “The White House looks to be treading lightly.”

The staggered response so far reflects expectations, said analyst . Fuel waivers are “a fairly standard response to supply disruptions with a lot of precedent.”

From Virginia to Louisiana, convenience stores and corner gas stations are turning away customers as tanks tap out amid panic buying. An extended pipeline disruption could have far-reaching implications for East Coast states dependent on the pipeline, prompting bigger government interventions.

The EPA orders Tuesday allow the sale of gasoline that doesn’t satisfy requirements meant to help combat smog in certain areas. An initial order allowed the sale of conventional gasoline in areas where reformulated gasoline is required across Maryland, Pennsylvania, Virginia and the District of Columbia.

The moves give retailers the flexibility to market gasoline that might be available despite the Colonial Pipeline shutdown.

“I have determined that an ‘extreme and unusual fuel supply circumstance’ exists that will prevent the distribution of an adequate supply of compliant gasoline to consumers,” EPA Administrator said in a letter to local leaders describing one of the moves. 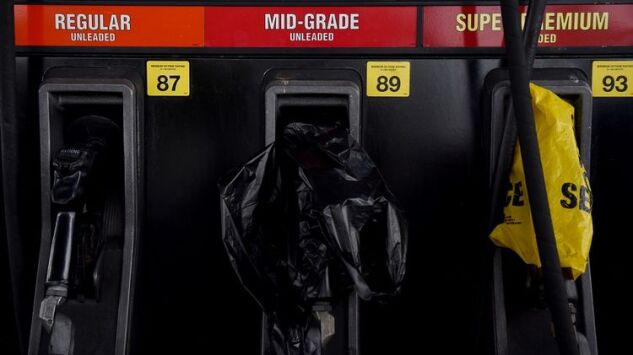 WATCH: Gas stations along the East Coast of the U.S. are selling out of supplies after the hacking of the largest North American pipeline.
Source: Bloomberg)

Fuel waivers are commonly used to stem supply disruptions after hurricanes and other disasters. It’s unclear, however, how much help they would be now, without a major pipeline to ferry the fuels to markets up and down the Atlantic Seaboard. Energy analysts say potentially greater benefits could come after the Colonial Pipeline restarts, by allowing refiners and blenders to market more varieties of fuel for regions short on gasoline.

(Updates with details on new fuel waivers, from second paragraph.)