President Joe Biden launched an assault on methane Tuesday, declaring that reducing emissions of the heat-trapping gas is one of the most important steps that can be taken to curb global warming.

“This isn’t just something we have to do to protect the environment or our future,” Biden said from Glasgow, Scotland, where the is holding the COP26 climate change summit. Biden called it an enormous opportunity for “all of our nations to create jobs and make meeting climate goals a core part of our global economic recovery as well.”

Measures being announced Tuesday seek to deploy at least five cabinet-level agencies. For instance, the released a long-awaited proposal stiffening requirements to plug leaks in oil and gas wells. The Agriculture Department is announcing a program encouraging farmers to harness and sell methane. Pipeline regulators will expand their oversight of natural gas lines. 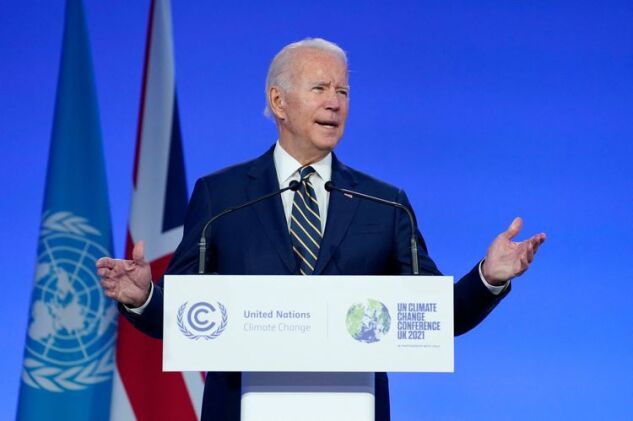 He also announced that nearly 100 nations have signed a joint U.S.- pledge to global methane emissions 30% below 2020 levels by 2030. Brazil, a major source of methane emissions, said Monday that it was joining the pact.

“It is about more than hitting targets,” European Commission President Ursula von der Leyen said. “There are clear benefits to cutting methane emissions, yes for the planet, but also so much for the people too.”

Methane, the chief component of natural gas, has more than 80 times the atmosphere-warming power of carbon dioxide the first two decades after it is released. Because it packs such a powerful punch in the short term, reductions can yield near-immediate results -- unlike the longer time frame required for the impact of carbon dioxide cuts.

Biden’s campaign is already eliciting disappointment from some environmentalists who wanted the administration to go further to prevent oil industry leaks. The EPA’s proposed regulation, for example, would still permit flaring of unwanted natural gas from oil wells. And proposed inspection requirements could translate to less frequent checks for smaller operations.

Rapid advancements in methane detection technology mean more sites can be monitored, said Lauren Pagel, policy director at the environmental group Earthworks. “All communities deserve to breathe cleaner air and no well should be exempt from common-sense pollution standards when we know all wells pollute.”

Another EPA initiative being rolled out Tuesday will seek through voluntary actions to capture 70% of methane from landfills nationwide, said a senior administration official, who spoke anonymously before the announcements were public.

The Pipeline and Hazardous Materials Safety Administration is formally expanding the federal government’s oversight to all onshore gas gathering pipelines. The measure will for the first time apply federal pipeline safety regulations to some 425,000 miles (684,000 kilometers) of pipelines, where ruptures can have lethal consequences and gush methane into the atmosphere. 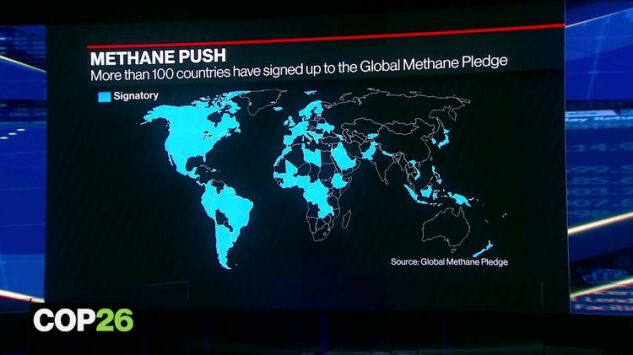 Next year, the agency will go further by seeking to regulate some 2.3 million miles of pipelines inside cities that have escaped its oversight and are a major source of methane leaks, a senior administration official said.

The efforts are anchored by the EPA proposal to order more frequent inspections and repairs of methane leaks at oil industry sites, including, for the first time, wells that were drilled before 2015.

“With this historic action, EPA is addressing existing sources from the oil and natural gas industry nationwide, in addition to updating rules for new sources, to ensure robust and lasting cuts in pollution across the country,” EPA Administrator said in a news release.

The measure would require companies to replace leak-prone equipment and more frequently search for methane escaping from oil and gas sites. States would be asked to develop plans to limit methane emissions from older, existing wells and equipment.

The initiative, if finalized, also would effectively ban routine venting, when natural gas is released unchecked into the atmosphere after emerging from oil wells alongside more profitable crude.

Biden said it would create jobs in the U.S.

“We’re talking about jobs to manufacturing new technologies for methane detection, jobs for union pipe fitters and welders to go out and cap abandoned oil wells and plug the leaking pipelines,” he said.

The American Exploration and Production Council issued a statement saying it was studying the proposal and “supports effective and reasonable regulation of methane.” But it urged rejection of the methane fee in the Democrats’ proposed $1.75 trillion tax and spending plan.

“The methane regulations proposed today by EPA will likely result in significant new costs associated with compliance,” , the trade group’s chief executive officer said in the statement. “The new methane tax being proposed in the reconciliation bill, on top of the regulatory costs being imposed on our industry through compliance with EPA rules, would be an additional and punitive tax on industry.”

The EPA proposed rule stops short of imposing an outright ban on routine, intentional flaring, when that excess natural gas is burned instead. That’s despite concerns the phenomenon is widespread in West Texas, New Mexico and other drilling hotspots where the construction of gas pipelines hasn’t kept up with crude production. Burning natural gas converts it into carbon dioxide, but when the flares burn incompletely or go out, methane vents directly into the atmosphere.

That omission is set to disappoint activists who lobbied the EPA to bar flaring, following the lead of some states.

The EPA requirements also would apply unevenly across the industry, by focusing surveillance efforts on the sites and equipment the agency says are most likely to have large emissions. Under the proposal, well sites with estimated emissions of at least 3 tons per year would have to be monitored quarterly for leaks, with prompt repairs of any that are discovered, according to an EPA official. By contrast, well sites estimated to emit fewer than 3 tons per year could undertake just one survey to demonstrate they are free of leaks or malfunctions.

Although the EPA predicts its approach would focus efforts on the wells responsible for the vast majority of leaks and reduce 41 million tons (37 million metric tons) of methane releases from 2023 to 2035, the determination is based on agency estimates that scientists and activists have widely said underestimate emissions.

The proposal is now subject to public comment and revision before it can be made final next year. Environmentalists said they will be pressing the administration to toughen the final rule.

“EPA still has more work to do to meet the moment and adequately address methane pollution from oil and gas sites,” said Sarah Smith, head of the super pollutants program at the Clean Air Task Force. Still, she said, “EPA’s proposal is an important first step toward that goal.”