President proposed major boosts in funding to combat inequality, disease and climate change as part of a $1.52 trillion budget request for 2022, part of his wider push to redefine the role of government in American lives.

The administration’s outline, released by the White House Friday, kicks off a months-long process in which Congress is likely to significantly reshape the priorities, given stiff Republican opposition to many of the proposals. But the outline showcases how Biden is trying to bend the federal government toward a much greater role in the provision of health care and education. 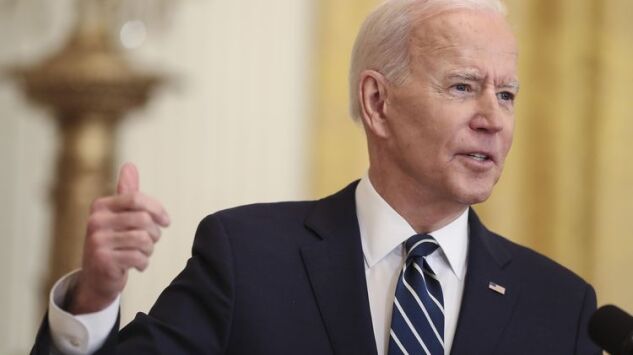 Combined with the $1.9 trillion pandemic-relief bill signed last month and a $2.25 trillion infrastructure-and-jobs proposal, the budget marks Biden’s third foray into using the power of the federal government to radically expand help for lower-income and middle-class Americans. A further social-spending package is also coming, all before Biden’s first 100 days have passed.

Biden on Friday asked for a 15.9% jump in regular non-defense domestic spending for the fiscal year starting in October, with a more than 40% increase in education spending and a 23% jump for health. The overall budget request is an 8.4% boost from the current year, when excluding emergency spending for the pandemic.

While there’s extra money for Internal Revenue Service enforcement, the plan doesn’t include the tax hikes on individuals that Biden is planning to unveil in coming weeks to help fund his broader expansion in fiscal spending.

There’s $14 billion extra to address climate change, $20 billion more for high-poverty schools and $6.5 billion for launching a new research agency to develop new treatments and cures for diseases -- along the lines of the Defense Department’s DARPA.

“This moment of crisis is also a moment of possibility,” acting budget director said in a message to lawmakers Friday. “Together, America has a chance not simply to go back to the way things were before the Covid-19 pandemic and economic downturn struck, but to begin building a better, stronger, more secure, more inclusive America.”

Unlike those other proposals, the Democrats will need Republican votes in the Senate to pass the annual appropriations bills into which the budget is divided, according to the chamber’s rules. That means getting at least 10 GOP members aboard.

Republican lawmakers are already taking issue with many of Biden’s requests.

The outline has $753 billion for defense programs in the upcoming fiscal year, which represents just a 1.7% increase -- significantly below the 3% to 5% bump advocated by GOP leaders, and a break with recent tradition of keeping defense and non-defense increases on the same scale.

“This proposal flat funds America’s military. That signals weakness to China and Russia, who are aggressively investing in their militaries,” said Alabama Republican , the top Senate Republican on the Appropriations Committee. “The proposal also takes a meat ax to border security funding. That signals to illegal immigrants that the floodgates will remain open on the southern border, despite the growing crisis we already face.”

The White House argued that domestic investments have waned in recent years, and that Biden’s proposed boost on that side of the ledger would simply return the country’s non-defense spending to around the historic norm of 3.3% of gross domestic product.

Biden includes no money for border-wall construction, canceling unspent funds from previous years, and has asked for $232 million more to study and investigate domestic terrorism in the wake of the insurrection by supporters of former President at the U.S. Capitol.

The president’s 2022 request -- which involves just discretionary spending, and not entitlement programs like Medicare, Medicaid and Social Security -- comes without the budget caps that have been in place for a decade. The expiration of those caps, agreed to between the Obama administration and congressional Republicans, has been described by White House officials as an opportunity to pursue investments in areas like education, clean energy and public health.

“Over the past decade, due in large measure to overly restrictive budget caps, the nation significantly under-invested in core public services, benefits and protections,” Young said.

And though presidential budgets are routinely ignored on Capitol Hill, administration officials are hopeful the top-line numbers can offer an early guidepost for fellow Democrats who narrowly control both chambers of Congress.

Priorities identified by the administration include:

Biden is asking Congress to spend $14 billion more on climate programs across the U.S. government, with some $10 billion targeted to clean energy innovation. Much of the funding would go to Energy Department initiatives, including the Advanced Research Projects Agency for Climate, with support for high-risk ventures that offer the potential for changes in the way electricity is generated and used.

He envisions a $1.4 billion increase for the National Oceanic and Atmospheric Administration, enabling greater work on climate observations and forecasting, and $600 million to buy electric vehicles and equipment for federal agencies such as the U.S. Postal Service, which is in the . Another $800 million would go toward making public and assisted housing more energy efficient.

The Commerce Department would see a 28% increase --including a doubling of funds for manufacturing-related programs under the National Institute of Standards and Technology. Amtrak -- long favored by Biden -- receives a 35% increase.

Biden’s budget proposal arrives months later than the usual timeline, and it lacks many of the details -- including plans for raising revenues, economic assumptions and a 10-year outlook -- that ordinarily accompany funding requests.

Appropriations for 2022 need to be enacted before Oct. 1 to avert a government shutdown.