One hundred percent carbon-free electricity mandates are becoming a trend nationwide—but only in blue states, not red ones.

New Mexico Gov. Michelle Lujan Grisham (D) is expected to sign the bill, which requires the state’s public utilities to obtain all their electricity from zero-carbon sources excluding nuclear energy by 2045, and for electric cooperatives to go carbon-free by 2050.

Hawaii passed the nation’s first such mandate in 2015, followed by California and Washington, D.C., in 2018. Similar bills and proposals are pending in Washington state, New York, and several other states. 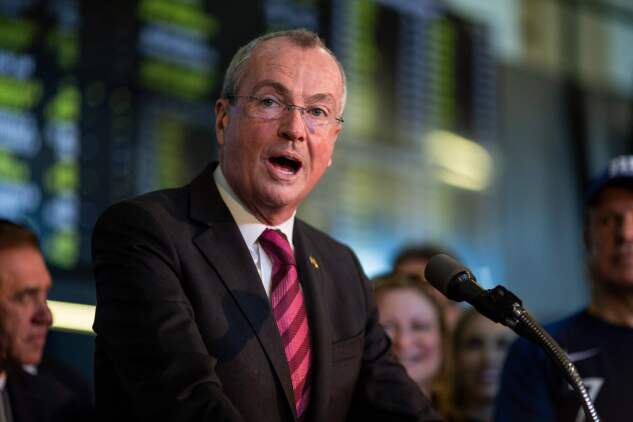 “It feels like there’s a lot of momentum now. It’s really quite dizzying how many propositions have come up in various states,” Doug Vine, a senior energy fellow at the Center for Climate and Energy Solutions in Washington, D.C., told Bloomberg Environment.

As the cost of wind and solar power continues to fall and states—especially those under the full political control of Democrats—grow concerned about vulnerability to climate change, more of them are considering ways to wean their electric power grids off of fossil fuels.

“States, cities, businesses and others are being directly affected by the devastating impacts of extreme weather and climate disasters—from wildfires and sea level rise and increased inland flooding,” said Julie Cerqueira, executive director of the U.S. Climate Alliance.

The U.S. Climate Alliance represents 23 states and U.S. territories that have committed themselves to carbon cuts under the Paris climate agreement. All of those states but three—Massachusetts, Vermont, and Maryland—have Democratic governors.

Cerqueria highlighted Colorado, Illinois, Minnesota, and Washington state as without a 100 percent renewable mandate but with governors who have committed to putting those states on track to reach that threshold by 2050 or earlier.

“Many of these states also have ambitious greenhouse-gas reduction targets,” Cerqueria said. “To achieve them, a low- or zero-carbon grid will be essential.”

Noah Long, a senior attorney for the Natural Resources Defense Council, said it’s “a good question” as to whether any Republican-dominated state may soon consider 100 percent renewable energy targets.

One of the three U.S. Climate Alliance states with GOP governors may be the most likely, but no such mandate has been proposed there, he said.

“We’d like to see it become a completely nonpartisan issue, but we’re not there yet,” Long said.

The broad impact of state-level clean energy targets will extend far beyond any individual state’s greenhouse gas emissions reductions that will result from the targets, said Michael Wara, a climate and clean energy scholar at Stanford Law School.

“When one state takes action, it gives confidence to other states that they can take action, too,” Wara said. “The U.S., China and all the other nations of the world need to have confidence that everyone’s going to act. States within the U.S. face the same challenge.”

Though some states, such as New Jersey, have instituted clean energy targets through executive action, “legislation is essential,” because it sends a message that there will be a long-term market for clean energy regardless of the agenda of the legislature or governor at a given moment, Wara said.

“The only way to really be credible is a law,” Wara said. “That’s the gold standard. That said, executive orders are an important way to get the ball rolling.”

Major utilities in California vigorously opposed the state’s renewables mandate before it passed in 2018, citing potential high energy costs. But state officials and lawmakers said they wanted the state to set an example for others to commit to decarbonization.

“How much do you want to pay for that?” EEI general counsel Emily Fisher said. “To think about what the system looks like in 2035 and 2045, you’re making a lot of assumptions about technological evolution.”

Though wind and solar power are declining in cost, the cost of large batteries and other energy storage technology must decline sharply over the years so renewable energy can be used when the sun isn’t shining and the wind isn’t blowing, she said.

Nuclear power, which makes up abut 20 percent of the U.S. power supply, is also essential to decarbonization, but some states are eager to dispense with it, she said.

“What tools are you taking off the table by focusing exclusively on renewables?” Fisher said.

Each state is taking a slightly different approach to power sector decarbonization.

The New York State Senate is considering a bill that would direct the state energy planning board to study the technical feasibility of an electric power system that operates only on renewable energy.

The bill was introduced after New York Gov. Andrew Cuomo (D) in January proposed a state “Green New Deal,” which would require the state to obtain all of its power from renewables by 2040.

The Washington State Legislature is considering a bill that would require the state’s electricity supply to be 100 percent carbon neutral by 2030 and totally carbon free by 2045. The bill, part of Democratic Gov. Jay Inslee’s climate agenda, passed the Senate and is now before the House.

The bill’s chief sponsor, state Sen. Reuven Carlyle (D-Seattle) said he is confident the bill will pass but that it will be difficult for Washington state to rid itself of its last coal and natural gas-fired power plants because the state already uses mostly clean energy. 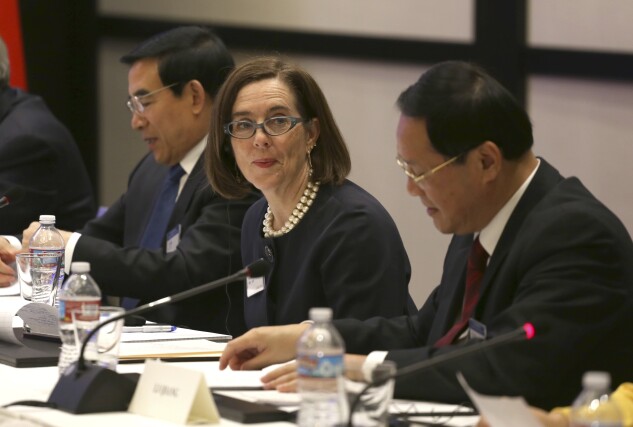 In neighboring Oregon, Gov. Kate Brown (D) said in an interview she wants to see a state carbon cap-and-trade bill pass before considering a law that would boost the state’s mandate to obtain 50 percent of the state’s electricity from renewables by 2040. She signed the 50-percent mandate into law in 2016.

“We can take a very clear leadership role here,” Brown said. But pursing a 100 percent renewables mandate “depends on a whole lot of factors in how successful we are in terms of getting this [cap and trade] bill across the finish line.”

Colorado Gov. Jared Polis (D) said in his 2019 State of the State address that the state is committed to achieving “100 percent renewable energy” by 2040, but he isn’t issuing an executive order and not pursuing a legal mandate that legislates a specific 100 percent target.

Instead, Colorado is taking a “bottom up” approach to decarbonization that will attempt to accelarate the transition away from fossil fuels by “enabling markets” instead of using mandates, said Will Toor, executive director of the Colorado Energy Office.

That will include supporting the goal of the state’s largest utility, Xcel Energy, to cut its greenhouse gas emissions 80 percent by 2030, and to help electric cooperatives to encourage their power supplier to wean itself from coal power, Toor said.