President ’s plan to replace the late Justice on the U.S. Supreme Court gained momentum on Tuesday after Senate Republicans all but quashed Democrats’ hopes of stalling a nominee until Inauguration Day.

Trump said he’ll likely announce his pick at 5 p.m. on Saturday in Washington, setting an accelerated timetable as Senator -- the Utah Republican and frequent Trump critic -- said that he supports moving forward with a confirmation vote. 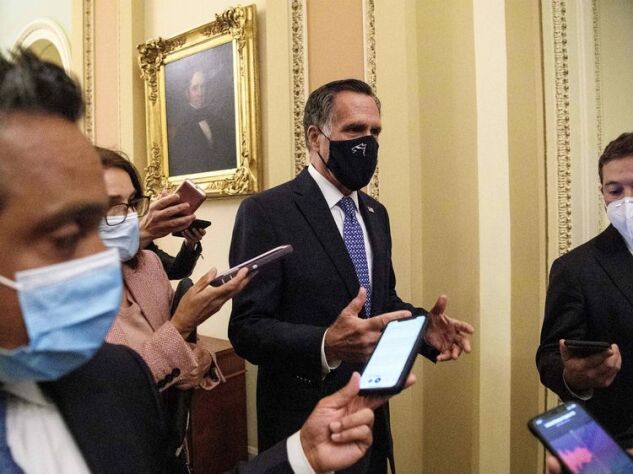 Trump thanked Romney at a rally in Pennsylvania on Tuesday night.

His backing likely clears the way for a confirmation vote either before or just after the Nov. 3 election to decide control of the White House and Congress next year. Senator , the No. 2 Democratic leader in the chamber, said there’s little his party can do to stop the vote.

Senate Majority Leader hasn’t publicly committed to a timetable for a vote. After leaving a meeting of GOP senators where they discussed strategy, he said only that Senate Judiciary Chairman will lay out a plan for hearings once Trump formally makes his choice.

“When the nomination comes out of committee then I’ll decide when and how to proceed,” McConnell said.

Senator , the second-ranking GOP leader, said a majority of Republican senators want a vote before the election, but there are “differences” and no decision has been made. Graham said earlier that he’s confident a vote will be held before Election Day.

Ginsburg’s death and the fight to fill the seat undoubtedly will dominate the closing six weeks of the campaign, and could be decisive in Trump’s battle with for the White House. Democrats have already seen an avalanche of donations amid fears of a generation-long conservative hold on the Supreme Court.

But those efforts are unlikely to delay Trump’s plan to put his third justice in the high court. While GOP Senators of Alaska and of Maine have said they oppose a vote before the election, other Republicans have quickly lined up behind Trump and McConnell.

Romney, who has opposed Trump and even broke party ranks in voting to remove him after he was impeached, had been considered a possible ally for Democrats’ efforts to delay a confirmation. Until Tuesday.

“The historical precedent of election-year nominations is that the Senate generally does not confirm an opposing party’s nominee but does confirm a nominee of its own,” Romney said in a statement. “I intend to follow the Constitution and precedent in considering the president’s nominee. If the nominee reaches the Senate floor, I intend to vote based upon their qualifications.” 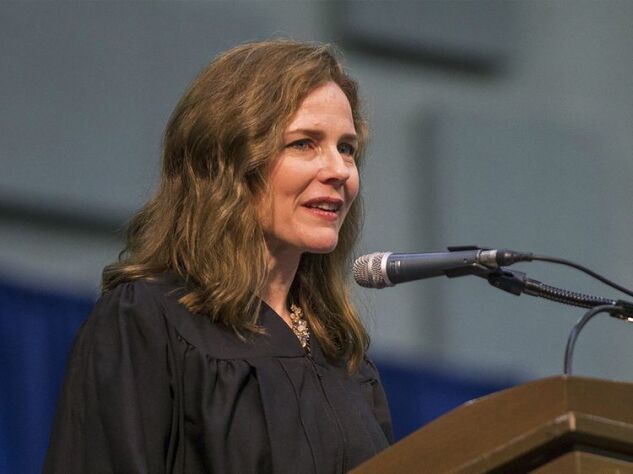 Trump is moving toward nominating , a judge on the Seventh Circuit Court of Appeals based in Chicago, people familiar with the matter have said, despite the president saying Monday he’s considering as many as five candidates.

Barrett met with Trump and separately with White House Counsel on Monday, said people familiar with the discussions. Barrett is a favorite of anti-abortion rights advocates, who are heavily lobbying the White House and Trump personally to nominate her. She’s also preferred by McConnell, according to people close to him.

Graham said he expects that his committee’s confirmation hearings will last as long as they typically do, which is a total of four days.

“We’re going to try to keep the process like we’ve had it before,” Graham, a South Carolina Republican, said.

Senator said after the GOP meeting that several senators advocated holding the confirmation vote before Election Day because “there were too many variables post-election.”

Senate Minority Leader accused Republicans of shifting their arguments to make an appointment with enormous stakes over issues ranging from health care to environmental rules to abortion.

He and other Democrats have cited the stance taken by numerous Republicans in 2016, when they prevented then-President ’s court nominee from even getting a hearing.

“If a Senate majority over the course of six years steals two Supreme Court seats using completely contradictory rationales, how could we expect to trust the other side again?” said the New York Democrat.

Senator , a Connecticut Democrat, said the American public “should have their voices heard in the election, and there should be nothing done before they vote.”

He accused Republicans of engaging in an “absolutely hypocritical, treacherous rush” to fill the vacant court slot.

Nevertheless, Democrats already are conceding that there is little they can do to slow down the confirmation process or prevent McConnell from getting his vote on the Senate floor. Durbin, who’s also a senior member of the Judiciary panel, said his party can hold up the committee vote advancing the pick by a week. Beyond that, he said, they have few other tools if the nominee has enough Republican votes.

“I’ve been around here a few years,” Durbin said. “You can slow things down, but you can’t stop them. There comes a point. We will use whatever tools we have available, but ultimately there will be a vote.”