The ‘Shadow Secretary’ Question | Reams’ Moment | Biden and the FLRA

Ben Penn: The Senate on Monday is poised to make labor secretary nominee Marty Walsh the last of President Cabinet picks to be confirmed, a development likely to trigger action on a series of matters awaiting his decision, including enforcement priorities and big-ticket regulatory moves.

The Boston mayor, slated for a confirmation vote later today, earned the support of the Senate labor committee’s top Republican, Richard Burr, in part by expressing his “awareness of the need for balancing conversations between labor and management,” as Burr said last week.

But the North Carolina Republican highlighted a potential dynamic to watch in the Walsh era, when he voiced concern at Julie Su’s March 16 confirmation hearing that the nominee for deputy labor secretary could instead view the job as “shadow secretary.”

Burr was relying on the words of Su’s congressional ally. He questioned Su, California’s top workplace regulator, on her understanding of the role of deputy labor secretary, which he said is to serve as DOL’s chief operating officer.

“I hope you can convince the committee that you understand the job you’ve been nominated for,” Burr said. “I also hope you can demonstrate that you aren’t aiming to drag Mayor Walsh away from what I think is a sensible agenda he committed to pursuing.”

Su, also pressured by Burr and other Republicans over her oversight of California’s response to a wave of fraudulent unemployment claims, appeared to assuage the ranking member by agreeing that her function would be as the department’s COO. If confirmed, she said, a “key part” of her priorities in serving Walsh and the administration would be in “supervising, managing, making sure the department works well, and that the staff have what they need.”

Missing from the Burr-Su exchange was an acknowledgment that deputy labor secretaries haven’t traditionally been relegated to strictly administrative tasks.

Su surely wouldn’t have accepted the offer of second-in-command if she didn’t believe she’d wield influence over her areas of specialty: workplace protections for low-wage and immigrant workers.

“If anyone thinks that Seth Harris, Patrick Pizzella, Chris Lu or any other past deputy secretaries weren’t involved in policy, then they don’t really know how DOL or other agencies function,” said Judy Conti, government affairs director for the National Employment Law Project. “I found it telling that senators felt the need to make sure that this nominee ‘knew her place.’” 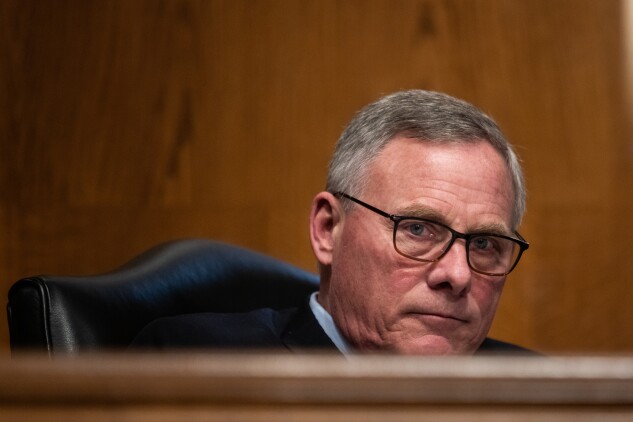 The notion that a deputy secretary is permitted to get involved in substantive labor issues is hardly partisan.

Tammy McCutchen, a senior DOL official in the George W. Bush administration, recalled a conversation on this subject she once had with Bush 43’s labor secretary and Trump Cabinet member . McCutchen said Chao told her that DOL’s No. 2 “doesn’t really have their own portfolio; they do what the secretary assigns to them.”

Burr’s remarks reflected the business community’s concern that Su would be tougher on employers than the pragmatic Walsh may prefer. Worker advocates and Democrats backing both nominees don’t envision the two clashing, as each has a record rooted in lifting up marginalized workers.

Regardless of her pledge to serve as a COO, history suggests that Su would have the right to tackle a policy-oriented portfolio, if that’s what Walsh and the White House want.

Paige Smith: It would be an understatement to say Gwendolyn Young Reams was ready to be the U.S. Equal Employment Opportunity Commission’s acting general counsel. She joined the agency in 1972 and served as its associate general counsel for litigation management services for the past 20 years.

Now, given a more prominent role after Biden’s firing of Trump-nominated Sharon Gustafson, Reams has a chance to shape the agency’s Strategic Enforcement Plan. That blueprint, which expires this year, establishes EEOC litigation priorities over four-year intervals.

Some former agency officials said Reams was the “obvious” choice.

Reams knows the agency’s litigation program, as well as its “people, strengths and weaknesses, resources, and priorities, better than anyone I can think of,” said Carolyn Wheeler, an ex-EEOC attorney now with Katz, Marshall & Banks.

Reams was named on roughly 500 EEOC lawsuits over the years, according to a Bloomberg Law docket search.

Andrew Maunz, the former legal counsel to the EEOC during the Trump administration, called Reams “a skilled and experienced attorney,” whom he expects will be “very much aligned with the EEOC’s traditional litigation approaches.”

And former EEOC Acting Chair and Commissioner (R) called Reams an “eyes on the prize” kind of person: She said there was “seldom a matter”—whether it involved litigation or general management of the general counsel’s office—that didn’t involve Reams.

“She’s not shy about litigation, and she knows how to keep cases on track,” Lipnic added. “It’s the people like Gwen who joined the agency early in its litigation role who really grew the litigation program and made it a force to be reckoned with. I would expect her to continue that approach.”

Reams might be in the acting role for quite a while, given the Senate’s infamously slow nomination process, and Republicans’ ire over Gustafson’s termination.

Gustafson had prioritized combating religious discrimination in the workplace, which raised concern among some attorneys that such an approach impinged on LGBT worker protections.

Six GOP senators told Biden in a March 16 letter that, in their view, her firing exceeds presidential authority. Three of them—Rand Paul (Ky.), Mike Braun (Ind.), and Tommy Tuberville (Ala.)—sit on the labor committee, signaling that a future Democratic general counsel nominee would face a tough road to confirmation.

That’s probably an understatement, too.

Louis LaBrecque: Federal-sector unions, witnessing the Biden administration’s support for organized labor, are wondering: What about the FLRA?

The Federal Labor Relations Authority, which oversees the labor relations program for U.S. government workers, has a longstanding vacancy at general counsel, and its three-seat appellate panel has a 2-1 Republican majority because GOP member James Abbott is serving in a holdover capacity.

Biden hasn’t made a nomination for either Senate-confirmed role, or named an acting general counsel to serve on a temporary basis.

“We really, really want the Biden-Harris administration to move on getting FLRA fully staffed,” said Steve Lenkart, executive director of the National Federation of Federal Employees.

And Senate confirmation of a second Democratic member would allow the appellate panel to begin overturning a series of anti-union rulings during the Trump administration. Democrat Ernest DuBester, who’s now the panel’s chairman, consistently dissented in those cases.

Recent actions by federal unions suggest they’re counting on Biden to make changes at the FLRA.

For example, on March 15, the two largest federal unions dropped a court challenge to an FLRA ruling that said government employees who are also union officials can’t use “official time"—paid time for union representational work—for indirect, or “grass roots,” lobbying of Congress.

president of the National Treasury Employees Union, said the group is “evaluating the best means forward,” including whether there will be a “policy reversal from the FLRA.”

Other actions a Democratic-majority FLRA would be likely to reverse include a ruling in November that held immigration judges at the Justice Department aren’t eligible for union representation because they’re “management officials,” and regulations issued in July that made it easier for federal employees to quit unions.