Ben Penn: Labor secretary nominee Marty Walsh’s confident confirmation-hearing performance set up a predictable endgame for his nomination: approval by the Senate labor panel Feb. 11, followed by a trip to the Senate floor, where he’ll almost certainly be confirmed with a smattering of Republican votes.

The U.S. Chamber of Commerce all but sealed it by endorsing Walsh’s nomination Friday.

But forecasting what happens after that is where things start getting tricky. The Boston mayor during last week’s hearing offered few specifics on policy decisions he would make, if confirmed. He gave diplomatic responses to a handful of pointed questions and expressed an openness to industry and labor perspectives on topics such as wage and safety protections and job training.

Here are four issues that weren’t covered in depth—or at all—at Walsh’s hearing that could become pressure points if he’s confirmed:

Walsh is poised to arrive at the department in time to frame final determinations on an emergency rule, including details that could influence its chances of surviving a legal challenge. Industry groups are strategizing on how to get an audience with DOL officials to make an argument for a more moderate standard, multiple lobbyists said. The agency is under no legal obligation to solicit stakeholder input, but Walsh pledged to consider employer and worker perspectives on matters of occupational safety.

Wage-Hour Rules: Walsh would face legal and administrative deadlines within his first few months on the job that would determine the course the administration takes on Trump-era regulations covering classification of independent contractors, joint employment liability, and wages for tipped workers.

It’s apparent Walsh at DOL would abandon the Trump administration’s employer-oriented approach, but big questions remain over how aggressive a Walsh-led reversal would be and how that could affect future litigation exposure.

The Trump DOL leveraged OLMS to create more onerous financial disclosure requirements on unions through regulations designed to root out union-officer corruption. Two of those rules failed to make it across the finish line.

As a card-carrying member of Laborers’ Local 223, organized labor will ask Walsh to disband these Trump-era projects, which critics said were illegal and sought to harass the labor movement. Conservatives will watch this area closely and be ready to attack if they believe the former Boston building trades leader is doing organized labor’s bidding.

Personnel Dynamics: Biden’s nominations for DOL sub-Cabinet slots should be coming in the next few weeks. California Labor Secretary Julie Su is still on track to get the nod for deputy, despite the state’s unemployment-benefits crisis. Crucial selections for solicitor, wage-hour administrator, and employee benefits head are also on deck.

The Su courtship and hiring of dozens of lower-ranking Inauguration Day appointees goes back to the transition, predating Walsh’s nomination. It’s worthwhile to consider how much influence Walsh has had over picking what would be his senior leadership team. By all accounts, he isn’t a micro-manager and would empower top advisers, but these relationships—and his rapport with new White House labor adviser Pronita Gupta—would be key to the department’s productivity.

Bruce Rolfsen: As the Biden administration prepares to ramp up OSHA’s Covid-19 enforcement efforts, agency inspectors are still waiting to be vaccinated.

Compliance officers are OSHA’s first-responders, and they’ll be crucial to Biden’s occupational safety push. But the vaccination question could pose hurdles.

When the federal government rolled out its vaccination priority recommendations last fall, the hope was that OSHA inspectors would be considered first-responders and therefore eligible for early-phase vaccinations, said Michael England, vice president of the union that represents inspectors, the National Council of Field Labor Locals.

Instead, the DOL told inspectors that they must wait and sign up for their local or state vaccination programs, England said. There were roughly 900 inspectors and immediate supervisors as of Oct. 1. 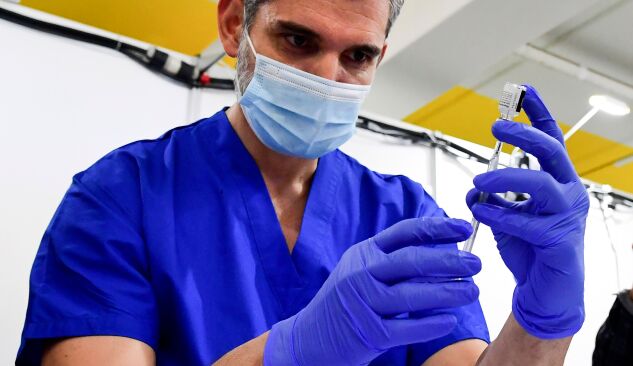 A health-care worker fills a syringe with the Pfizer Covid-19 vaccine in preparation for the opening day of a large-scale vaccination site in Pomona, Calif., on Feb. 5.
Photo by Frederic J. Brown/AFP via Getty Images

In recent discussions with OSHA, England said, the agency indicated inspectors may be able to get vaccinated as part of annual job physicals conducted by Federal Occupational Health, an agency within the Department of Health and Human Services. Those checks could be several months away, though, and there’s no assurance the vaccine would be available. Meanwhile, some states with their own occupational safety agencies already are vaccinating their inspectors.

DOL spokesman Jesse Lawder said the department is aware of the inspectors’ concerns and is looking at potential solutions.

The vaccination question extends to other federal agencies, including DOL’s Mine Safety and Health Administration, said Millie Rodriguez, safety director for the OSHA union’s umbrella organization, the American Federation of Government Employees.

“Our position is that inspectors need to be offered the vaccine on a priority basis instead of waiting for their state distribution plan and whatever phase they fall into as individuals,” Rodriguez said.

Robert Iafolla: A federal appeals court in San Francisco will wade into a dispute between and a United Food and Commercial Workers affiliate over Instacart workers allegedly doing union work by filling online orders.

Safeway’s attorney, Sweta Patel of Klein, Hockel, Iezza, & Patel, will appear at oral argument Monday at the U.S. Court of Appeals for the Ninth Circuit to challenge a decision handed down last year by an all-Republican National Labor Relations Board that granted the union’s request for the company’s contract with Instacart.

The UFCW affiliate seeks the contract in connection with ongoing grievances accusing Safeway of violating its collective bargaining agreement with the union. 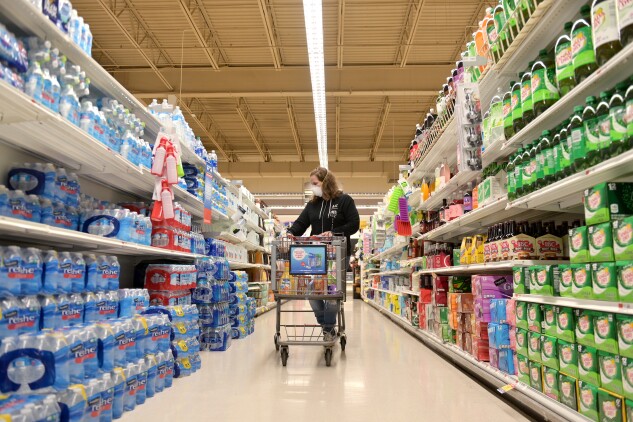 An Instacart worker shops for a customer at a grocery store in New Jersey in April 2020.
Photographer: Michael Loccisano/Getty Images

The case provides a window into the type of labor dispute that could become more common in California due to Proposition 22. That voter-passed measure classifies drivers for app-based companies like Instacart, Uber, and DoorDash as independent contractors rather than employees under state law, outside of a narrow set of circumstances.

Contractors can be an attractive option for some businesses because they’re usually less expensive than employees. Companies don’t have to give them benefits or pay payroll taxes, unemployment insurance, and workers’ compensation insurance. Contractors also aren’t protected by employment laws.

Anticipating the spread of online grocery shopping, the UFCW affiliate created an “order selector” position to keep that work with the union, said its attorney, Andrew Baker of Beeson, Tayer & Bodine. The contract could show that Safeway directed that work to Instacart workers, he said.

Safeway maintains in its court filings that the Instacart contract is irrelevant to its dispute with the UFCW affiliate, which couldn’t meet its burden to show how the two were connected.

“Not only did the Union fail to establish the relevance of the Instacart contract it requested from Safeway, it did not even come close to doing so,” the company said in a brief. Patel didn’t respond to requests for comment.

The NLRB counters that the UFCW local satisfied the low, discovery-like threshold for relevance, partly by providing witness statements and photographs supporting their claims that Instacart workers were fulfilling online orders. The union also pointed to sections of its labor contract that bar nonunion workers from doing such work, the board said.

The Ninth Circuit panel for the case is composed of Circuit Judges , a Clinton appointee, and , a George W. Bush appointee, as well as District Judge Lee Rosenthal, who was tapped for the Southern District of Texas by George H.W. Bush and is on the panel by designation.