This week’s Know Your Judge features Brian S. Miller of the U.S. District Court for the Eastern District of Arkansas.

Miller was appointed by President George W. Bush in 2008. Before joining the federal bench, Miller served as a judge in the Arkansas Court of Appeals for one year. He has been serving as chief judge in the Eastern District of Arkansas since 2012.

In 2017, Miller struck down an Arkansas law that forced companies like Express Scripts and CVS Health to disclose how they price generic drugs as preempted by federal benefits law.

Miller’s ruling was upheld by a federal appeals court earlier this year. The state took the fight to the U.S. Supreme Court, arguing that the law is valid and doesn’t interfere with the Employee Retirement Income Security Act.

Miller has equally granted and denied motions to dismiss employee benefits cases. His record on employment law matters shows that he is more likely to fully deny such requests than to fully grant them. 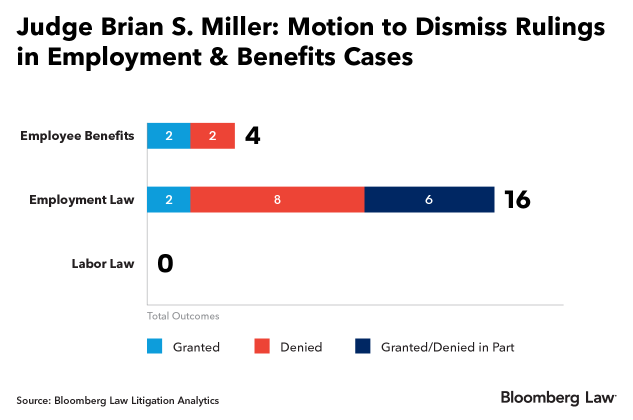 Miller’s rulings tend to be affirmed by the U.S. Court of Appeals for the Eighth Circuit—the appeals court that reviews decisions from district courts in several mid-western states, and Arkansas. The Eighth Circuit has fully affirmed 80 percent of Miller’s employment law rulings, and partially affirmed the remaining 20 percent. 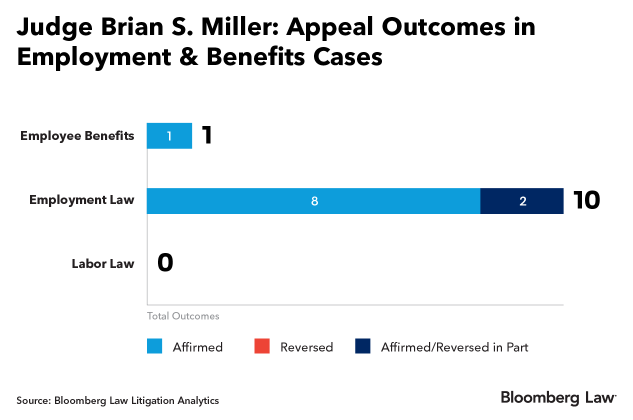 Looking for more analytics on judges? Check back each Wednesday for our Know Your Judge feature or try Bloomberg Law’s Litigation Analytics. And contact us if there’s a judge you want us to highlight.