Willie Walsh may be one of the best-known and most powerful figures in global aviation, but the IAG SA chief executive officer can’t rely on a steady wage.

The Irishman’s annual remuneration has varied wildly since IAG was formed from a merger of British Airways and Spain’s Iberia in 2011, with last year no exception as the total fell 23 percent to 3.03 million pounds ($4 million). 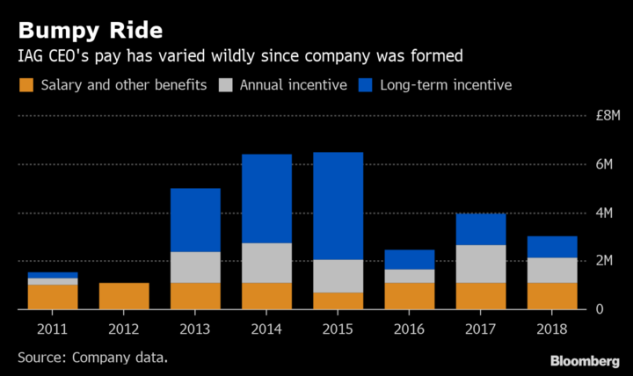 While CEOs in many industries can look forward to steadily advancing rewards for as long as they remain in the top job -- sometimes almost regardless of performance -- airline pay can...