Colorado’s voters will decide Nov. 3 whether they want the state to set up a paid family leave program, with the cost shared by companies and employees.

Workforce law also could be jolted in Florida, where a $15-an-hour minimum wage is on the ballot, and in California, where the election will decide whether rideshare and food delivery drivers will be exempted from a 2019 law requiring them to be classified as employees.

Supporters of the Colorado ballot measure (Proposition 118) are making the argument that a paid leave guarantee would help the state’s economy in the long run and generate health and financial positives for workers.

Employer groups say it’s too expensive during the Covid-19-induced recession when they are struggling just to keep the lights on.

“The timing of this couldn’t be worse,” said Tony Gagliardi, Colorado State Director for the National Federation of Independent Business. “Companies large and small are just now starting to get a foothold and get their businesses opened again due to Covid-19.”

He said 70% of the 7,000 NFIB member businesses in that state already offer some form of paid leave to their employees.


The family and medical leave insurance program would be state-run, with employers and employees splitting the cost via a new premium set initially at 0.90% of wages per worker in the first two years.

Employees could receive up to 12 weeks of paid leave annually to be with a newborn or to care for themselves or a family member who is ill. Their jobs would be protected, and they could receive as much as $1,100 a week in the first year of the program.

Businesses with nine or fewer employees and the self-employed would be exempt from paying the premium, although exempt employers would have to withhold and forward an employee’s 0.45% share. Companies that already offer approved paid leave benefits also would be exempt, and local governments could opt out of participating.

Olga Robak, spokeswoman for the Yes on 118/Colorado Families First campaign, said the program is “incredibly affordable” when compared with other payroll expenses. For an employee earning $52,000 a year, weekly premiums would cost employers and employees $4.50/week, or $234 a year, she said, citing an Colorado Legislative Council analysis.

“One out of four new mothers go back to work within two weeks of giving birth,” she said. “Meanwhile four out of five Colorado workers don’t have access to paid leave.”

If approved, the state would join the District of Columbia plus eight other states with paid family and medical leave programs for private-sector employees—California, Connecticut, Massachusetts, New Jersey, New York, Oregon, Rhode Island, and Washington state.
the program would begin in 2023.

“The theory is you shouldn’t be put in the position of having to choose between being with your child who’s getting treatment for cancer or going to work to earn a paycheck,” Creighton said, but added, “the bottom line is somebody’s always going to have to pay for this. It’s either the employer or it’s the employee or it’s both of them.”

Florida’s proposed constitutional amendment would gradually raise the state’s minimum wage to $15 an hour over the next five years and then start adjusting it for inflation. The first stept would take workers to $10 per hour from $8.56 on Sept. 30, 2021.

Approval by 60% of voters is needed to ratify the amendment.

Voters haven’t rejected a ballot initiative to raise statewide minimum wages in any state since 1996, when two wage proposals failed. Since then, voters have approved 24 minimum-wage ballot initiatives, including a previous Florida proposal in 2004 that set the state’s hourly wage floor at $6.15 and required annual adjustments based on inflation.

The other states with phased-in $15 minimums on the books all enacted them via legislation—California, Connecticut, Illinois, Maryland, Massachusetts, New Jersey, New York, and Virginia, plus the District of Columbia. 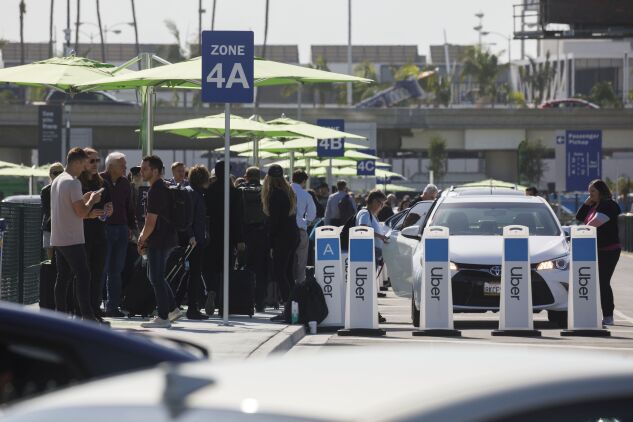 Companies like , and DoorDash Inc. that depend on gig workers are spending a record $188.8 million in California in support of a measure that would exempt rideshare and food delivery drivers from a 2019 law that requires those drivers to be classified as employees and not independent contractors.

The companies say the 2019 law (Assembly Bill 5) cuts hundreds of thousands of drivers out of flexible employment in which they can earn money in between caregiving duties, school, or another job.

Uber and Lyft received a temporary reprieve from complying with the law as they appeal a court order.

The ballot measure proposes changing the law to let app-based platforms use independent contractors while paying drivers at least 120% of the hourly minimum wage, plus 30 cents a mile to defray expenses. Drivers would qualify for subsidized health care plans but wouldn’t be eligible for unemployment insurance, workers’ compensation, or paid sick and family leave.

Opponents of the measure, a coalition of labor unions and affiliated groups, say the new benefits would be less generous than what the companies provide to employees.

The initiative’s proponents say the ban has kept minorities and women from advancing in education, and has left them out of lucrative public works contracts. Supporters include racial equity organizations, theCalifornia Chamber of Commerce, and the California Business Roundtable, whose leadership said Proposition 16 would help minority- and women-led firms succeed.