Colleges face a huge unfunded mandate to offer paid sick and family leave unless Congress makes them eligible for a tax credit to cover the cost of the benefit, higher education lobbying groups are warning lawmakers.. 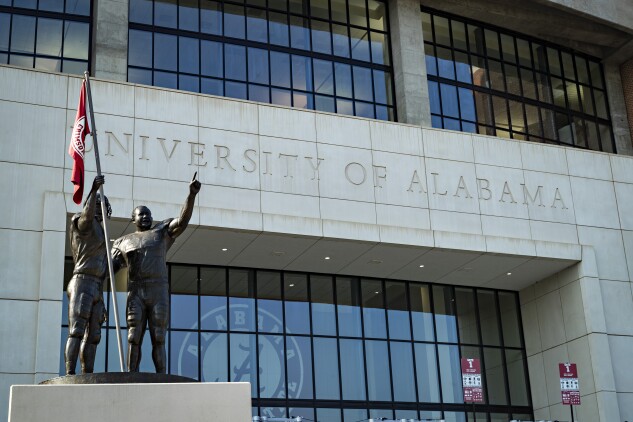 Statue outside of Bryant-Denny Stadium on the campus of the University of Alabama.
Photographer: Wesley Hitt/Getty Images

Public universities in Illinois estimate the paid leave mandate will cost about $195 million. And the University of Florida will face costs of more than $35 million, according to a letter to Senate leaders from the American Council on Education.

“Considering that there several thousand public institutions and private nonprofit colleges and universities with at least 500 employees in the United States, it is easy to see the enormous financial impact of this mandate,” Ted Mitchell, ACE’s president, wrote Tuesday in a letter signed by more than 40 college groups.

The Senate should expand the paid leave tax credit to both public and private nonprofit colleges, Mitchell said.