will pay $24 million to settle allegations that it filled its workers’ retirement plan with expensive and poorly performing funds that earned fees for the company.

The deal, announced in court papers filed Nov. 30, is the largest in the recent series of cases against companies that put their own investment products in their employees’ 401(k) plans. Companies settling similar lawsuits include ($22 million), ($21.9 million), and ($12 million). 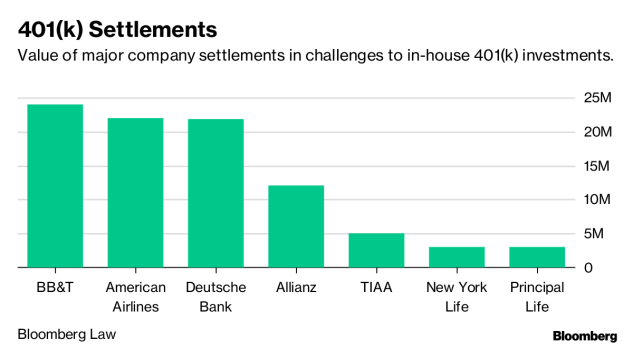