won confirmation to become U.S. Treasury secretary, building out President ’s team as the administration struggles to win bipartisan support for a $1.9 trillion Covid-19 relief plan for shoring up a weakening economic recovery.

The first woman to serve in the post, Yellen will take charge of a department with responsibilities spanning tax policy and government spending to financial stability, economic sanctions and foreign-exchange policy. She’ll also oversee ties with the Federal Reserve, which she previously chaired. She was confirmed by the Senate 84-15 Monday evening.

Yellen already saw the uphill fight the administration faces in its stimulus campaign last week, with Republicans on the Senate Finance Committee rejecting her arguments that historically low offer an opportunity for expansive deficit spending. White House economic adviser similarly ran into challenges from a bipartisan group of lawmakers Sunday, who asked for the basis for such a large package so soon after December’s $900 billion bill. 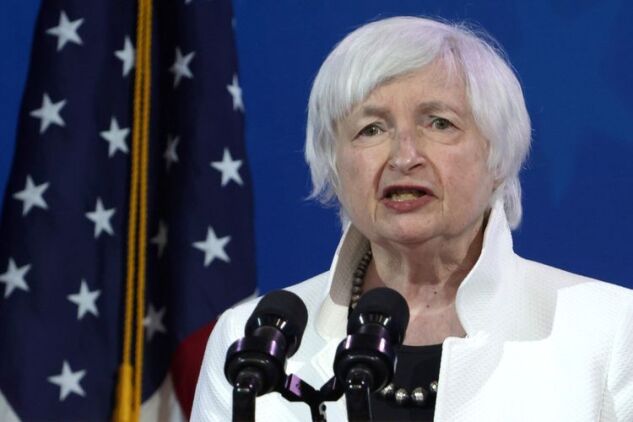 Democratic Senator of West Virginia told reporters Monday that lawmakers had received more details on the justification for the $1.9 trillion, and the bipartisan group is evaluating the information. Biden said at a press briefing Monday said he was open to negotiating, though “reluctant to cherry pick and take out one or two items here.”

A group of 16 senators, along with leaders of a group of House centrists, have engaged with the White House on the aid bill. Democratic Senator of New Hampshire said Monday it would take “a lot of negotiating” to get a bipartisan deal.

Yellen is relatively new to a political sales role, after having mainly defended and explained Fed actions during her previous career. She brings a wealth of economic knowledge to the administration’s case, however.

The 74-year-old was also the first woman to head the U.S. central bank, which she left in early 2018 after overseeing a winding back of monetary stimulus after the last recession and its slow recovery. 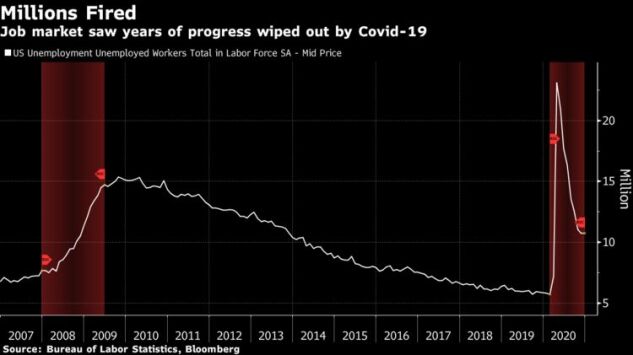 “The symbolism and sense of technical expertise and decades of Washington experience that Janet Yellen brings will bring immediate credibility” to Biden’s economic agenda, said , who served as a Treasury undersecretary during the George W. Bush administration and now heads the Institute of International Finance, a banking group. “Yellen will be a key anchor of the economic team.”

Yellen has been a trailblazer throughout her career: She was the only woman out of 24 students in 1971 to earn a doctorate in economics from Yale University. She later taught economics at Harvard, and worked for more than 16 years at the Fed, including a stint as president of the Federal Reserve Bank of San Francisco during the financial crisis.

Brooklyn, New York-born Yellen follows Jimmy Carter appointee , who also served as Treasury secretary after being Fed chair. She’ll be the first to have had both those jobs and head of the White House Council of Economic Advisers, a role she had in the Clinton administration.

She had an early look at the challenges of the new job in her confirmation hearing at the Senate Finance panel last week. Her argument that it’s critical to “act big” now with emergency deficit spending to avoid long-term “scarring” in the economy was rejected by Republican lawmakers voicing concerns about rising debt.

“Right now, short term, I feel that we can afford what it takes to get the economy back on its feet, to get us through the pandemic,” Yellen told the committee. She highlighted the opportunity presented by historically low interest rates, and flagged that debt-servicing payments as a share of the economy are lower today than before the 2008 financial crisis.

Next steps on Covid-19 relief are unclear. Biden on Monday didn’t rule out pursuing a Democrat-only route for passage, using an expedited process called reconciliation.

Under reconciliation, the House and Senate would need to first draft a budget resolution for fiscal 2021. House Budget Committee Chair said his panel is preparing his chamber’s version to be on the House floor next week.

Biden left it to House Speaker and Senate Majority Leader to make the call on reconciliation.

“I don’t expect we’ll know whether we have an agreement or to what extent the entire package will be able to pass or not pass until we get right down to the very end of this process -- which will be probably in a couple weeks,” Biden said.