President Joe Biden proposed a $2.25 trillion infrastructure package that aims to tackle some of the major goals he campaigned on: revamping transportation, creating jobs, and fighting climate change.

“These are investments we have to make,” Biden said in a speech debuting his plan. “We can afford to make them — or, put another way, we can’t afford not to.”

Turning the plan into law, however, is not possible without Congress — particularly a handful of lawmakers with outsize influence on the process. Democratic leaders are moving quickly to draft infrastructure proposals to match the goals the president laid out, while Republicans are attempting to make their voices heard on a bill that may not need their votes.

Biden unveiled the first part of his plan on March 31, with a second portion to be unveiled later in April. Democrats are considering using budget reconciliation — an expedited procedure that bypasses the need for Republican Senate votes — to enact one or more infrastructure packages this year.

Here is a breakdown of the key Democrats in Congress — and their Republican counterparts — who will determine what comes next.

(D-Ore.)
Chair of the House Transportation and Infrastructure Committee Peter DeFazio has pointed to last year’s House-passed $1.5 trillion , with $500 billion to reauthorize surface transportation programs, as the type of “real policy changes” that he wants to see this Congress.

DeFazio praised Biden’s $2.25 trillion infrastructure plan, particularly because it addressed some of his priorities, including building infrastructure that is more resilient to climate change and investing in transit and clean mobility options.

DeFazio said his committee is continuing its work to pass surface transportation reauthorization legislation this spring, which will include the restoration of earmarks, a process allowing members to request funding for specific highway and transit projects.

When asked about how to pay for surface transportation, DeFazio said it isn’t in his committee’s jurisdiction, but at an event earlier this year he said the administration doesn’t appear to want to pursue funding mechanisms he has suggested over the years, such as raising the gas tax.

(R-Mo.)
Ranking member of the House Transportation and Infrastructure Committee 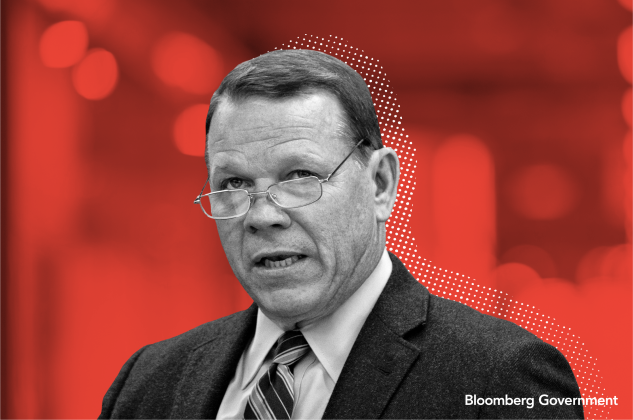 Sam Graves said Congress needs to come up with “targeted investments” that identify the biggest backlogs and prioritize transportation infrastructure. He has warned against reducing “core programs – roads, bridges, ports, airports, rail – to an afterthought.” Graves wants to make sure the investment is equitable between rural and urban areas.

In the debate over paying for infrastructure, Graves advocates for shifting from the gas tax to a vehicle miles traveled fee. “We can do it at the pump if we just do a simple formula,” he said. The Highway Trust Fund, the main source of federal funds for highways and transit, is facing insolvency because the gas tax, its main source of funding, hasn’t increased in nearly 30 years.

(D-Mass.)
Chair of the House Ways and Means Committee As the leader of the House tax-writing panel, Richard Neal will have a role in advancing any revenue raisers used to fund infrastructure investments.

During the Trump administration, Neal favored reviving the Build America bonds program as a way to help finance infrastructure. Neal has also been a critic of the 2017 tax law, parts of which the Biden administration has proposed reversing to pay for his infrastructure plan.

Neal has also said he wants to use the infrastructure push as a way to expand the low-income housing tax credit and make permanent a recent temporary boost to the child tax credit. The forthcoming second part of Biden’s economic plan is supposed to address health care, child care, and other social issues. 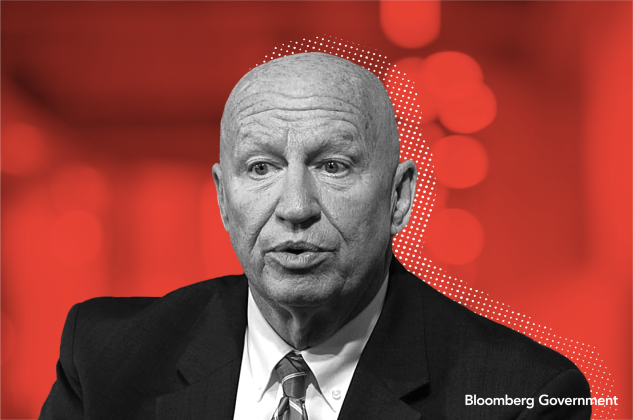 Kevin Brady has been critical of the Biden administration’s infrastructure proposal, describing it as a liberal wish-list of policy ideas. “The ‘infrastructure plan’ is just a Trojan horse to raise taxes,” Brady said in an April 5 tweet.

(D-Del.)
Chairman of the Senate Environment and Public Works Committee Surface transportation reauthorization is a key opportunity to address climate change, according to Tom Carper. Transportation is the largest source of emissions in the U.S., he said, and legislation can change that.

The Environment and Public Works committee advanced of a surface transportation reauthorization bill with the first-ever climate title in 2019, which included $10 billion for policies focused on areas such as reducing emissions. The bill stalled in the Republican-controlled Senate. Carper said the climate portion this year will go “even more strongly in that direction.”

Carper called Biden’s broad infrastructure proposal “transformative.” He said in a statement that he saw overlap with the priorities for his committee, including investments in climate-resilient infrastructure, charging stations for electric vehicles, safety for pedestrians, and cleaner ports. 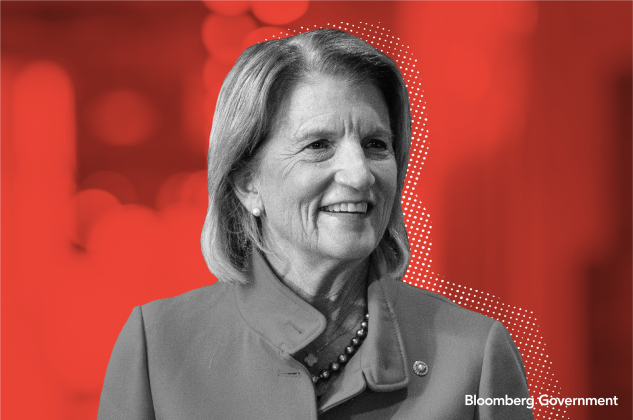 Shelley Moore Capito called a surface transportation bill one of her “top priorities.” She wants legislation that gives flexibility to states on transportation projects, removes barriers to constructing high-speed broadband, and includes long-term investment in roads and bridges “without partisan or lightning rod pay-fors that could sink a bill.”

In West Virginia, she has pointed to the need for more highway capacity and bridge improvements such as Corridor H, which is the only unfinished part of the Appalachian Development Highway System.

Capito criticized Biden’s American Jobs Plan for going “far beyond what constitutes as infrastructure.” She said negotiations are still ongoing between the parties. “Regardless of the president’s partisan proposal, I stand ready to be a partner in advancing infrastructure legislation in a bipartisan way — just as we have in the past,” she said. Ron Wyden rolled out an international tax plan April 5 that would overhaul the way multinational corporations are treated in the U.S. tax code.

The Wyden framework targets many of the same parts of the 2017 tax law highlighted in Biden’s plan, but doesn’t include specific tax rates. Wyden said those will be part of a discussion with his Democratic colleagues. “What I can tell you is on all the big principles, there is very strong agreement,” he said in a call with reporters.

Wyden has also looked to municipal finance options to pay for infrastructure. Last Congress, he and (R-N.D.) co-sponsored legislation to expand tax-free bonds in partnership with private entities as a way to finance infrastructure projects. Mike Crapo took over as the top Republican on the finance panel at the beginning of this year after his predecessor, Iowa’s (R-Iowa), was term-limited from the position.

Crapo, who previously led the Senate Banking Committee, has been a vocal critic of the Biden proposal to fund infrastructure via corporate tax hikes. “Raising taxes in the middle of an economic crisis is incredibly misguided,” he said in March. “Focusing on pro-growth policies that boost growth, competitiveness, productivity and investment is the best way to fully rebuild from the COVID-19 pandemic.” A key to Biden’s infrastructure plan will be keeping the Democratic caucus — and Joe Manchin in particular — together. After Biden’s proposed package was released, Manchin said he wouldn’t support it in its current form. The moderate Democrat opposes the proposal to increase the corporate tax rate to 28%, from 21%, to pay for infrastructure, although he could get on board with a 25% rate.

“As the bill exists today, it needs to be changed,” Manchin told a West Virginia radio show. The Biden proposal “will not be in the same form you’ve seen it introduced,” he added. He warned that “six or seven other Democrats” also have reservations about it.

If Democrats advance infrastructure in the 50-50 Senate using budget reconciliation, which requires only a simple majority, it will give Manchin sway over the package, and could mean inclusion of other priorities that would benefit West Virginia, such as significant investment in roads, bridges, and broadband.