Treasury Secretary said the U.S. economy urgently needs additional fiscal stimulus to fully rebound from the Covid-19 crisis, and he initiated a conversation with House Speaker amid stalled negotiations on a relief package.

Although the U.S. is recovering from government-imposed shutdowns and jobs are returning, Mnuchin said parts of the economy still need additional support. But he stopped short of offering a fresh proposal to get Democrats back to negotiations.

“What is most important is that we deliver some relief quickly to the American workers impacted by this.” he said Tuesday at a House Select Subcommittee on the Coronavirus Crisis hearing. 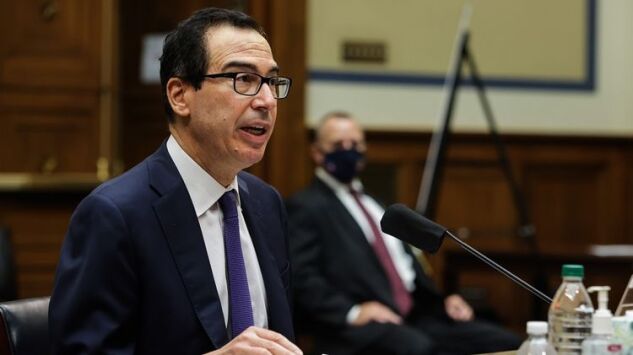 Following the hearing, Mnuchin called Pelosi, according to a person familiar with the matter -- as he had pledged after being urged to restart talks in an exchange with Democratic Representative . The person gave no detail about the conversation or how long it lasted.

There have been no negotiations since the last round broke up almost a month ago.

Even so, the Treasury chief stuck to the current Republican negotiating line favoring a slimmed-down stimulus as the next step for Congress, leaving more contentious areas for later. Senate Republicans have been pulling together a narrow $500 billion Covid-19 relief package, aiming for a vote next week. Pelosi has ruled out taking interim steps.

Mnuchin singled out the service and travel industries as needed help, along with small businesses -- which may need a fresh round of funds from the Paycheck Protection Program. He advocated taking some $134 billion in leftover PPP funds and adding $120 billion to get about $250 billion to help business that still can’t pay rent, payroll and other expenses because of the pandemic.

President has also said he’s considering additional help for the airline industry, possibly through executive action. Several major airlines have announced in the past week that they’re cutting travel capacity as passenger levels drop, with more than 20,000 jobs at risk of furlough or being cut completely in the fourth quarter.

GOP lawmakers in the Senate, with encouragement from the White House, have been working for several weeks on a slimmed-down virus stimulus that would spend much less money than the $1 trillion proposal put forward by Senate Republicans last month.

But they still face likely resistance from some Republican senators who oppose any additional economic stimulus. In addition, any move to actually consider the bill would need 60 votes in the Senate, and Democrats are expected to block it in the absence of a deal between Pelosi and the White House. 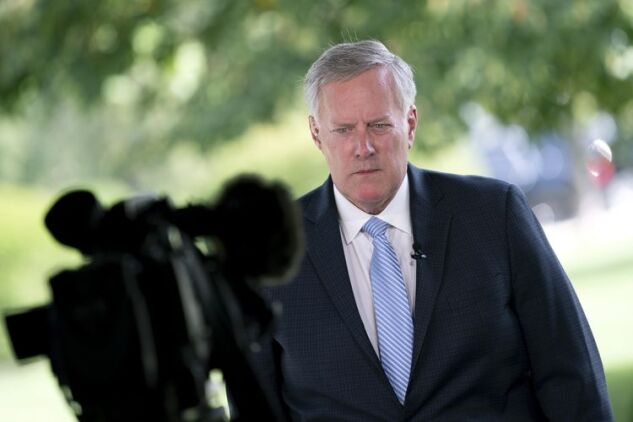 Trump’s chief of staff, , said on Tuesday that the Democratic proposal of a $2.2 trillion package isn’t realistic and that a $500 billion plan more targeted at areas of the economy still being hurt by the pandemic would be a good starting point for negotiations.

“If we can add from that and use that as a foundation, or at least pass that, knowing that we will largely agree on that targeted proposal coming from Senate Republicans, let’s go ahead,” Meadows said on CNBC. Once that’s passed, the principals could “continue to negotiate on those things that perhaps might separate the two parties,” he said.

Wyoming Senator , a member of the body’s Republican leadership, said at the Capitol Tuesday that the Senate may consider the legislation next week, when it returns from an August recess. The House isn’t scheduled to be back in session until the following week. 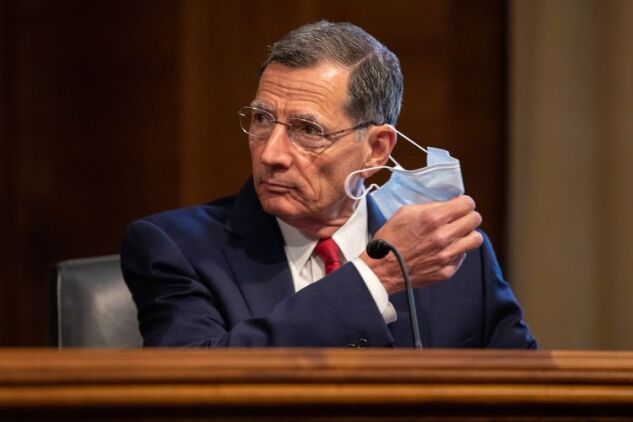 Stimulus talks between the White House and congressional Democrats broke down on Aug. 7 and both sides remain about $1 trillion apart. The Trump administration has rejected Democratic demands for $915 billion in aid to state and local governments as well as $600 per week in federal supplemental unemployment benefits through the end of the year.

Meadows said Trump hasn’t ruled out taking additional executive actions to spur the economy, which continues to struggle with just about two months before the presidential election.

The president’s unilateral moves last month included giving employers the option of deferring payroll taxes through year-end, though IRS guidance on Friday showed they’d be on the hook for repaying those levies early next year unless Congress acts to waive the liability. That’s left questions about how many companies will go forward with it and how much of a boost to incomes and spending it would provide.

The Trump administration is moving to implement the payroll tax deferral for most federal employees as soon as possible, according to an administration official who asked not to be named as the plan has yet to be publicly announced.

Mnuchin said Trump plans to ask Congress to cancel the tax liability, but said the Social Security fund, which is filled by the payroll tax, won’t be affected.

One draft of the Senate GOP proposal circulating would provide $300 per week in supplemental unemployment benefits through December, but omit the $1,200 per individual stimulus checks that the White House and Democrats favor. It would convert a previous $10 billion loan to the troubled Postal Service to a grant.

Senate Majority Leader has said that as many as 20 of his 53 member conference oppose doing any further stimulus spending, an illustration of the difficulty the party has on agreeing to an approach.

“Mitch McConnell is down to $500 billion -- what we have heard again and again is that Mitch McConnell can’t figure out a package that he can put in that would pass his Republican caucus,” Virginia Democrat said on Bloomberg Radio

The Senate’s slimmed-down proposal could also ultimately be attached to a stopgap spending bill needed to keep the government open after Oct. 1.