The measure, the American Rescue Plan Act, now heads back to the House, where Majority Leader said a vote will be held Tuesday. Although some House progressives have complained about changes made by the , none so far have threatened to withhold votes. Democrats aim to have it signed into law next week.

Enactment of the second-largest stimulus bill in U.S. history would hand Biden his first legislative victory and set the stage for work this spring on a massive infrastructure and manufacturing recovery bill that he wants.

“As tough as this moment is, there are brighter days ahead -- there really are,” Biden said at the White House after the Senate acted. “It’s never been a good bet to bet against America.” 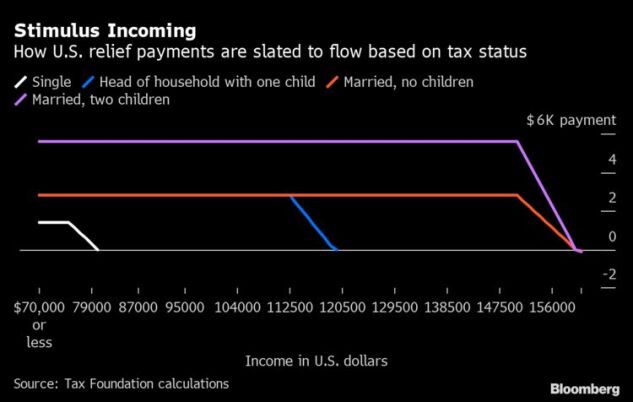 The bill would provide the biggest health-care expansion since the Affordable Care Act, a temporary plan to slash the child poverty rate and send $1,400 payments soon to millions of Americans. In addition, state and local governments are set to get more than $350 billion in aid and schools would get an infusion of funding, all of which Democrats hope will propel a faster economic recovery long before they face voters in 2022.

It would deliver $300 a week in extra unemployment assistance through Sept. 6 and make the first $10,200 of unemployment insurance benefits non-taxable for households with incomes of less than $150,000.

The legislation includes $160 billion for vaccine and testing programs to help stop the spread of the coronavirus. The Senate also adopted a bipartisan amendment from Republican of Alaska and Democrat of West Virginia to direct $800 million toward alleviating youth homelessness.

Economists have for growth thanks to expected passage of the stimulus bill, along with recent evidence that the economy is already picking up pace. Gross domestic product will clock a 5.5% gain this year -- the best since President Ronald Reagan’s “Morning in America” 1984 -- according to the latest Bloomberg monthly survey of economists.

The package is large enough to erase the U.S. GDP gap to the pre-pandemic trend around midyear. A new high-water mark for GDP will not coincide with full recovery in the labor market. As of February, 9.5 million Americans remained out of work.

for the full report

Overall, the legislation is double the size of the -era stimulus and exceeded many earlier Wall Street estimates for how big a package could Democrats pass with the thinest margin of control. It is eclipsed in size only by the $2.2 trillion pandemic aid plan passed a year ago.

The Democratic drive in the Senate stalled out for nearly 12 hours on Friday after Manchin -- a pivotal vote in the 50-50 Senate -- balked at an amendment to extend supplemental unemployment benefits into October.

As Republicans tried to lure Manchin to vote for a proposal by Senator of Ohio that would extend the benefits only through July 18, Democrats from Biden on down furiously lobbied Manchin and reworked their earlier plan to get his support.

Negotiations on that amendment caused a separate vote on minimum wage that set a record for the longest vote in Senate history, dragging on for nearly 12 hours as Democrats tried to keep their caucus united. In the end, the provision was left out of the legislation because of arcane Senate budget rules.

Despite that stumble, passage was a major victory for Senate Majority Leader , who aimed to show that Democrats could wield power despite the 50-50 Senate split.

The deals he brokered on stimulus payments and unemployment aid, as well as the addition of a dozen smaller changes, ensured that moderate Democrats like Manchin and Arizona’s were on board along with progressives like Senate Finance Chairman . That may also help in the House, where progressives were already angered over the loss of the minimum wage provision. 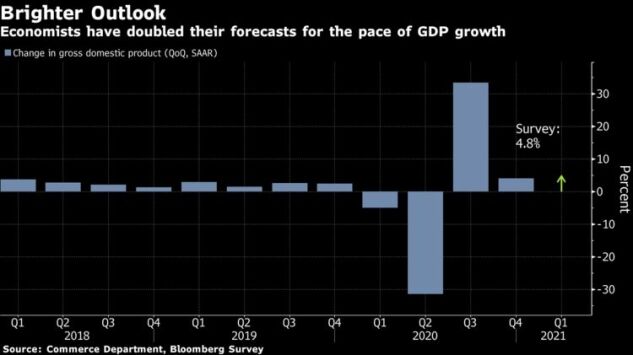 Democrats held together to reject Republican amendments on limiting state and local aid; restricting abortion funding; banning aid to schools that have transgender athletes or fail to open 5 days a week; and ending aid to minority farmers, among others

Schumer said the vote showed Republicans that if they don’t negotiate, Democrats are prepared to act on their own.

“Now they know we mean it,” he said at a news conference after the vote. “On every single important vote, every Democrat stuck together.”

The passage of the stimulus was enabled by the upset victories in January runoff elections of two Democratic senators from Georgia, which handed Democrats their razor-thin majority.

“The people of Georgia deserve great credit for what happened here today. If they had not stood up in such a powerful way on that historic election day and sent and myself to the Senate, we simply would not be here today,” Senator told reporters.

Republicans also were united in opposition. They argued that much of the measure is unnecessary given improving economic indicators, like Friday’s stronger-than-expected , and that it’s a danger to the long-term health of the economy because of the growing U.S. budget deficit. The Congressional Budget Office estimated the deficit would reach $2.3 trillion this year before the passage of the new bill adds $1.2 trillion more to that total in fiscal 2021.

The provision on unemployment insurance also extends benefits for self-employed individuals and gig workers, along with those who have exhausted their regular jobless benefits. It also includes tax relief on the first $10,200 in unemployment payments for workers in households earning up to $150,000 a year. The change will prevent many people from receiving surprise IRS bills this spring.

The additional round of stimulus checks for millions of Americans, combined with supplemental jobless benefits and the acceleration in vaccinations, should help sustain economic growth throughout the year, said , chief economist at .

The stimulus will “give a shot of adrenaline for a short period of time,” Stanley said. He noted that “it will kind of fade out, and the more fundamental aspect of things, which is really just opening up and getting back to something closer to the pre-pandemic norm for activity, should kick in.”

(Updates with economist’s comment in final two paragraphs. A previous version corrected a party mention in a paraphrase in 14th paragraph.)