President-elect ’s $1.9 trillion Covid-19 relief plan is designed to both pump money into the economy and contain the coronavirus pandemic.

The plan includes a wave of new spending, including more direct payments to households, an expansion of jobless benefits, more money for state and local governments and an expansion of vaccinations and virus-testing programs. The proposal also calls for a $15 federal minimum wage and more eviction protections.

Biden’s “American Rescue Plan” comes as deaths from the coronavirus hit record levels and local governments expand lockdowns to stem the pandemic’s spread during the winter months. New unemployment claims surged in the latest weekly count by the most since March, and the economy lost in December. 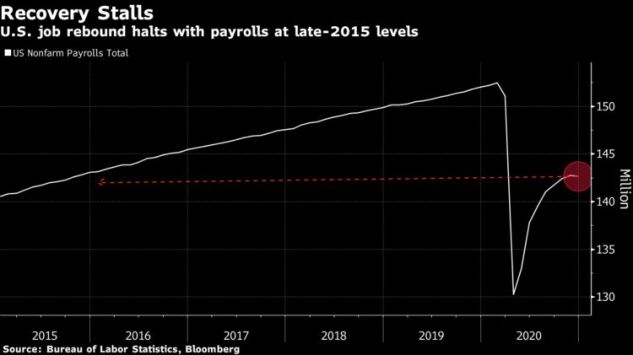 The plan, if enacted, would rival the $2 trillion March 2020 Cares Act in size and scope and follow a $900 billion December relief package. Biden expects to propose a second economic recovery plan in coming weeks, aimed at longer-term job creation and development goals such as climate change.

Some of Biden’s key provisions, including the stimulus payments, jobless benefits and $15 minimum wage, could likely be passed using a fast-track process known as budget reconciliation, which would permit Democrats to pass the bill through the Senate without needing Republican votes. However, other measures including vaccine funding and money for schools and state and local governments, might require Democrats to come up with workarounds to fit those programs into the budget process -- or pull 10 Republicans aboard. 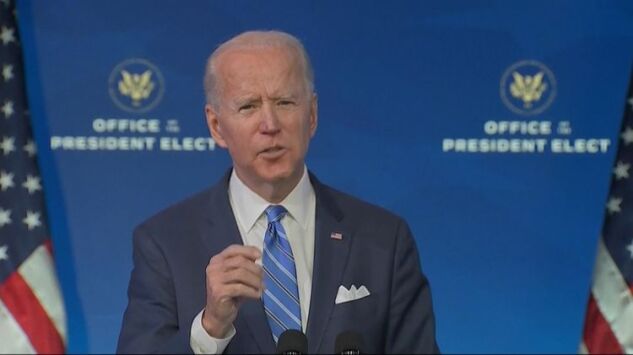 Here are the key items is Biden’s opening stimulus bid:

The plan includes a central promise of Democrats: boosting direct payments to individuals to $2,000 for most Americans, on top of the $600 that Congress approved in December.

The plan would also allow residents who are married to undocumented residents to receive stimulus payments -- who were barred in prior rounds.

Biden’s plan includes $20 billion to create a national vaccine distribution program that would offer free shots to all U.S. residents regardless of immigration status.

Biden is pushing for $350 billion in funding assistance for state, local and territorial governments plus $20 billion for public transit systems.

Democrats for months have pushed for more money to help state and local governments that have faced higher costs and lower tax revenue during the pandemic. States and cities warn they’ll be forced to make deep cuts to public health, safety and education programs without more funding, because they can’t borrow money in the way the federal government can.

Many Republicans have chafed at more money for local governments, however, saying it amounts to a bailout for mismanaged government budgets.

Biden’s plan would extend and expand unemployment benefits that are scheduled to run out in mid-March. The proposal increases a weekly federal benefit to $400 from $300 and extends it through the end of September.

It also extends benefits for self-employed individuals and gig workers, and those who have exhausted their regular jobless benefits.

Biden is calling to more than double the federal minimum wage to $15 an hour from $7.25, a proposal that could alienate Republicans. In addition, he seeks to end the tipped minimum wage used widely by restaurants and the hospitality industry. At $2.13 an hour, it gives lower minimums to employees that get tips.

The Biden plan would create a requirement for employers, regardless of size, to offer paid sick leave during the pandemic to workers -- a change that the transition team said would extend the benefit to 106 million workers. Parents and family members caring for sick relatives or out-of-school children could receive more than 14 weeks of paid sick and family leave.

The plan would provide benefits of as much as $1,400 per week and tax credits for employers with fewer than 500 employees to reimburse them for the cost of the leave.

Biden would expand tax credits for low- and middle- income families and make them refundable for 2021. He is proposing to expand the child tax credit to $3,000 from $2,000 for each child 17 and younger. Children under age six would be eligible for $3,600.

Biden is also requesting $25 billion for a stabilization fund to help open child-care centers and $15 billion in grants to support essential workers in meeting childcare costs.

The plan is also calling for $170 billion to help schools to open -- something Biden has said would allow many parents, especially women, to rejoin the labor force after they dropped out to care for children learning at home.

About $130 billion would go to K-12 schools to help them hire additional staff to reduce class size, modify spaces and purchase resources to help meet students’ academic and mental health needs. The plan would also direct $35 billion to colleges and universities and create a $5 billion fund for governors to direct help to schools most hard-hit by the virus.

The proposal would extend the eviction and foreclosure moratorium through September. It would also provide $30 billion to help low-income households who have lost jobs pay rent and utility bills. The plan would also provide $5 billion to states and localities to offer emergency housing for families facing homelessness.

Biden is proposing to leverage $35 billion in government funds into $175 billion in low-interest loans to finance small businesses. He is also calling for $15 billion in grants for such employers. He is proposing to use laid-off restaurant workers to partner with federal nutrition programs to get those employees working again.

(Updates with fifth paragraph about the reconciliation process)