Election losses in Virginia and elsewhere prompted key House Democrats on Wednesday to step up their calls for passage of two critical components of President Joe Biden’s agenda that have stalled.

House Speaker (D-Calif.) said Democrats are on track to pass a bipartisan infrastructure bill and a social welfare and tax reconciliation package this week before a scheduled recess. Leadership began whipping members Wednesday evening to determine if they’d support the latter, and Thursday’s floor schedule says votes are possible on the measures.

However, previous deadlines have fallen to the wayside as moderate and progressive members of the party have struggled to agree on the bill’s provisions and process—which some Democrats said wasn’t helpful in Tuesday’s state and local elections.

The GOP sweep of Virginia’s statewide positions, a close governor’s race in New Jersey, and lower-profile contests elsewhere served as a warning to Democratic lawmakers in competitive districts of the headwinds they may face in next year’s midterm elections when control of both chambers of Congress is at stake.

Rep. (D-N.H.), who’ll likely face one of the most competitive re-elections, said it was clear after the loss in Virginia that Democrats couldn’t go into 2022 without passing both bills.

“Voters elected Democrats in 2020 to address the problems this country is facing,” he said. “They’re giving Democrats an incomplete. That why we have to work as hard as we can in the next few days and few weeks to address that incomplete grade.” 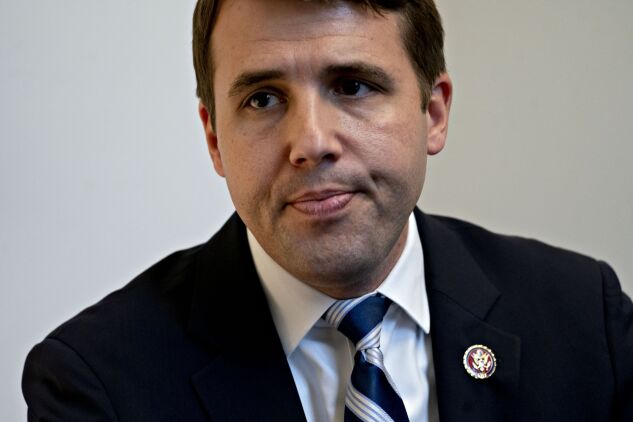 Rep. (D-N.Y.), chair of the House Democrats’ campaign arm, said the caucus is “not where we want to be yet, but we have a plan to get there” in passing the two bills.

“The real work is fixing the most important problem facing the American people,” he said. “We are about to deliver a real plan to do that and it’s going to produce results.”

Midterms usually favor the party out of the White House, and House Minority Leader (R-Calif.) predicted Democrats could see even bigger losses than the 63-seat shellacking they took in 2010. The National Republican Congressional Committee added 13 more lawmakers to their targeted list, bringing the total number of Democrats on it to 70.

House Republicans kicked off the day with a round-table discussion that signaled they plan to double-down next year on a central issue in the Virginia governor’s race: education. 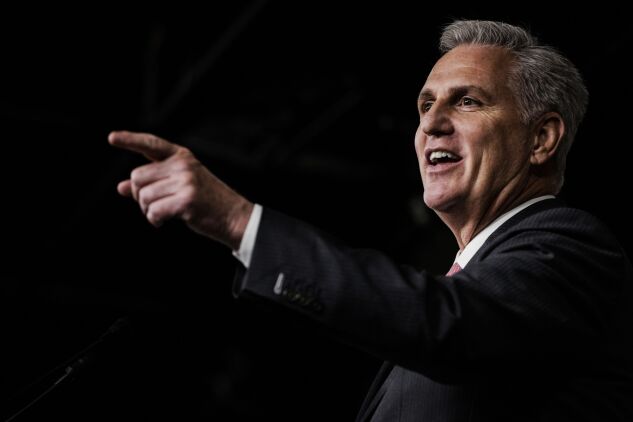 Meanwhile, some Democrats said the election results are a sign their party should slow down to make sure they get the nuances of the $1.75 trillion social spending package right.

Rep. (D-Ga.), the only Democrat to flip a non-redistricted seat in 2020, said part of her winning message included fiscal responsibility. While she wants to see an expansion of health care and paid family leave become law, she emphasized that lawmakers need to make sure it’s paid for.

“People are wary of Democrats and the idea of overreach,” she said. “That’s why I go back to discipline and responsibility when we do these things.”

Five Democrats wrote a letter to Pelosi on Tuesday saying they didn’t want to vote on the social spending bill until the Congressional Budget Office evaluated its cost and revenues.

Rep. (D-Fla.), chair of the moderate Blue Dog Coalition and one of the five lawmakers to sign the letter, told reporters an infrastructure bill should pass as soon as possible while the social welfare and tax plan needed to wait for more review.

Rep. (D-N.J.), who led a group of lawmakers who pushed for an infrastructure vote in September, had a similar sentiment.

“The American people want us to act and get things done, and I think we should get the infrastructure bill up for a vote right away,” he said.

Passing major bills doesn’t always translate to success in the midterms. After Democrats passed the Affordable Care Act in 2009, they still suffered major losses the next year when Republicans made opposition to the then-unpopular legislation and complaints that their focus was off the struggling economy central campaign issues.

Maloney said this time will be different as some parts of the major bill will immediately go into effect, and Democrats are prepared to make sure voters know where the new benefits came from.

“We’re going to tell them that we did it and that Republicans fought us every step of the way,” Maloney said.

Members of the Congressional Progressive Caucus have insisted both pieces of legislation move together. Caucus Chair (D-Wash.) rebuffed claims that the lack of movement on the infrastructure bill had cost Democrats in Virginia and elsewhere.

“There is no way you can say that a 12-point swing in a state is due to Congress not passing a bill,” said Jayapal, referring to the difference between President Joe Biden’s 2020 victory in Virginia and Democrat Terry McAuliffe’s loss in the governor’s race.

To win in 2022, Jayapal said Democrats must have an effect on the lives of those who are struggling by passing both bills.

“I think we were in high gear to get it done,” she said. “But if there’s a higher gear, we certainly went into it.”

With assistance from Erik Wasson

To contact the reporter on this story: in Washington at ewilkins@bgov.com