The Capitol Christmas Tree arrives at the West Front of the Capitol on Nov. 20.
Photo by Kevin Dietsch/UPI/Bloomberg

Congress faces a rapidly approaching deadline to pass a new round of funding for the U.S. government, with dimming odds both of confirming to the Federal Reserve Board and hashing out another coronavirus relief package.

Lawmakers have only a few weeks to wrap up work before the year-end holidays, amid the continuing distraction from President ’s unfounded claims about the presidential election he lost to President-elect .

That doesn’t bode well for either a retry of a vote on Trump’s nomination of his controversial economic adviser Shelton, or for breaking the months-long stalemate on a stimulus bill. 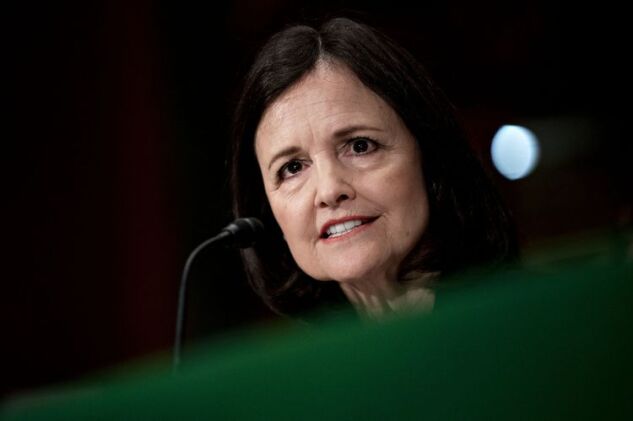 The Senate is set to return Monday afternoon, though Majority Leader hasn’t outlined a full agenda of votes beyond confirming a roster of Trump nominees. He’s also suspending the regular in-person lunch meetings of Republican senators because of the nationwide spike in coronavirus cases.

The House doesn’t return for votes until Wednesday. Majority Leader told lawmakers to prepare to stay in Washington through the weekend as talks continue on government funding, coronavirus relief and the annual defense authorization. Those bills “will be considered by the House as soon as they are ready,” the Maryland Democrat said in a notice to members.

Commanding attention from members will be finishing work on bills that provide funding across the government before the current temporary measure expires after midnight Dec. 11.

Key lawmakers last week agreed on overall spending levels, which should clear the way for multiple subcommittees to hash out details and avoid the risk of a partial government shutdown. But House GOP leader opposes the deal, claiming it violates a cap on the budget, potentially threatening the bill given his close ties to Trump.

Among the outstanding items are the $2 billion for Trump’s border wall in the Senate version of the bill. A dispute between Republicans and Democrats on paying for the wall triggered a 35-day government shutdown in late 2018 and early 2019.

But with the incoming Biden administration likely to re-allocate the funding, it’s less a do-or-die issue for Democrats this time.

The wild card remains Trump. White House officials haven’t said whether he would sign the spending bill once its finished. As a result, appropriators also are preparing another short-term, stopgap bill into next year, just in case.

Trump also has threatened to veto the annual defense authorization bill over language forcing the military to rename bases now named after Confederate officials. The Congressional Black Caucus is insisting on keeping the language in the bill. A failure to enact the defense policy bill in December would be the first time in 60 years that’s happened.

Trump is also a factor in the prospects for another stimulus package to deal with the consequences of the intensifying coronavirus pandemic.

The president promised before the election to push for a massive stimulus package after the election, but his administration has given conflicting signals about how much he’ll get behind an effort to sway Senate Republicans at this stage.

McConnell, who wants to limit the relief plan to about $500 billion, and House Speaker , who’s pressing for $2.4 trillion, have remained entrenched in their positions.

Missouri Republican Senator , a member of McConnell’s leadership team, said the GOP was ready to put funding into vaccine distribution, small business aid, direct payments to individuals, and bolstered unemployment benefits. He faulted Democrats for sticking to their larger number in the lead-up to the election.

“Half of that would have made a big difference,” Blunt said Sunday on CNN. “And then, after the 1st of the year, we could have dealt with this again.”

Widening concerns about the economy could yet play into the outlook for a fiscal package. The first back-to-back rise in weekly jobless claims, shown in figures released last week, underscored forecasts for Friday’s U.S. payroll report to show a further slowdown in gains. Personal income fell in October after a withdrawal in government support, other data showed. While business investment is holding up and the housing market continues to boom in some locations, consumer spending is critical as it makes up more than two-thirds of the economy.

Trump’s ability to persuade McConnell to go for a bigger stimulus proposal will be even more limited after his election loss. That may leave any hopes for negotiations in limbo until after Biden is inaugurated on Jan. 20.

Meanwhile, McConnell must decide whether to try to revive the confirmation of Shelton to the Fed before he loses the votes to do so early in the week.

The confirmation of Shelton, who’s expressed unorthodox economic views in the past, all but collapsed before the Thanksgiving break, when two Republicans joined all Democrats in blocking her nomination from advancing to a final vote. Two GOP senators supporting her were absent due to exposure to the coronavirus, sinking the confirmation, but McConnell used a procedural maneuver to keep open the option of voting a second time.

Even with the return of the Covid absentees -- of Iowa and of Florida -- Republicans will lose a seat after Arizona certifies the replacement on Monday for GOP Senator after this month’s special election. And a third GOP Senator, Tennessee’s Lamar Alexander, who wasn’t present for the first vote, also opposes Shelton. 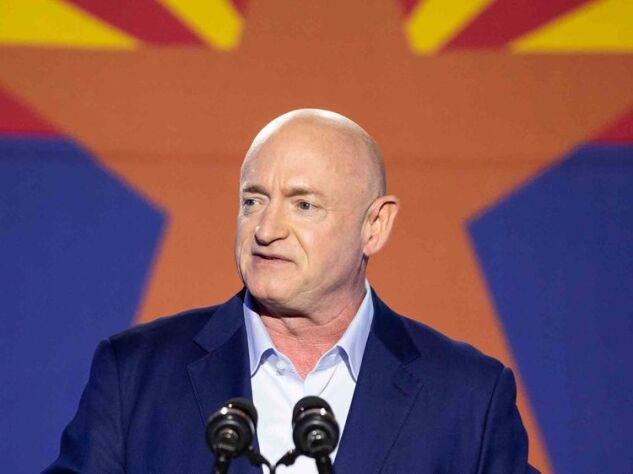 To get Shelton confirmed, McConnell will have to act fast.

McSally’s replacement, Democrat will be sworn in on Wednesday at noon, according to a Democratic aide. Once that happens if the three GOP holdouts maintained their positions against Shelton, and assuming Kelly votes with fellow Democrats, her nomination would be defeated, 51-49, if all senators are present.

McConnell on Monday took no action to try again for another vote to advance Shelton’s nomination.

On other issues, the House is set to vote Wednesday on bipartisan legislation approved by the Senate that would listed on U.S. exchanges. A House vote is also planned later in the week on a bill to decriminalize marijuana.

In the background of the final days of the 116th Congress is the question of control of the Senate in the 117th. That will depend on two runoff elections in Georgia on Jan. 5, and could make the difference between continued gridlock or a new era of unified Democratic rule.

(Updates with McConnell taking no action on nominee Monday in 23rd paragraph. An earlier version removed incorrect reference to time allowed for debate in 22nd paragraph)