New electric automobiles, manufactured by Tesla Inc., sit on the dockside after being imported to Southampton, U.K..
Photographer: Luke MacGregor/Bloomberg

On the evening of March 10, Toby Teeter was attending a musical at Memorial Hall in downtown Joplin, Mo. During intermission, he checked Twitter. “Scouting locations for Cybertruck Gigafactory. Will be central USA,” had tweeted. “Joplin Chamber President here,” Teeter replied while in the lobby with his three kids and parents. “I’m authorized to give you 100 acres in biz park at crossroads of I-44 and I-49 at the center of the USA…Plus $50+ million in incentives.”

In the ensuing weeks, lockdowns took the air out of Joplin’s booming economy. Unemployment jumped. City revenue, almost exclusively generated through sales taxes, plummeted as stores and other local businesses closed, making the prospect of landing a new plant irresistible. “It would completely change the city,” Teeter recalls thinking. So, after submitting a formal bid to the company, he vied for Musk’s attention again: “Joplin is offering a $1 BILLION package of incentives,” he tweeted, before going on to detail the hundreds of million in additional inducements offered by the state.

While the package dwarfed Joplin’s annual budget of $120 million, it still won praise around this city of 50,000 in southwest Missouri. “In a go-big-or-go-home world, Toby Teeter is going big. Gigabig,” wrote the Joplin Globe’s editorial board. Still, it was crickets from Musk. By mid-May, a indicated Joplin was out of contention, with Austin, Texas, and Tulsa, Okla., the finalists, even as the value of their incentive packages remain secret. 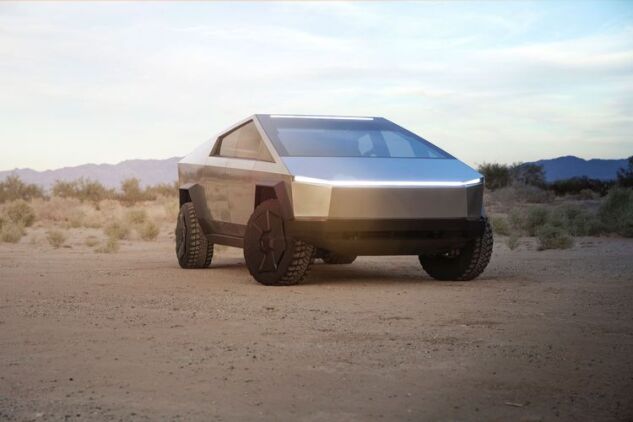 The billion-dollar bid wasn’t always a thing. Tesla first made it plausible. To beat out California and Texas, lawmakers in Nevada passed three laws in 2014 to authorize the $1.4 billion incentive package that Musk demanded to bring his Gigafactory, which makes the lithium-ion batteries that power Tesla’s cars, to the rural outskirts of Reno.

In 2018, Wisconsin to land a Foxconn factory and research center, along with 13,000 jobs that have yet to materialize. That same year, ’s search for a second headquarters turned the billion-dollar bid into table stakes: Pittsburgh offered $9.7 billion; Maryland, $6.5 billion; Newark, $7 billion. But when New York’s winning bid of $3.8 billion drew public outrage, Amazon abandoned plans for the city. The media quickly cast the story as a cautionary tale in which taxpayers rebelled against a backroom deal negotiated between an arrogant corporate titan and politicians eager for bragging rights.

At the same time, evidence against the often-heard claim that such investments drive wider prosperity has been steadily building. In a 2019 study, Joshua Jansa, a political scientist at Oklahoma State University, concluded that when states spend more on incentives, their level of inequality tends to spike within a year or so. Such spending allows “wealthy firms, investors, and employees to keep income that would otherwise be taxed and transferred,” according to Jansa.

In a 2020 study, economist Evan Mast of the Upjohn Institute found that competition among localities had little influence on where companies decided to locate. That may very well be the case with Tesla’s hunt for a Cybertruck site. For the notoriously , local labor laws may play a more decisive role than perks in determining where to build a new plant. Texas and Oklahoma are “right-to-work” states, meaning they have prohibitions on employment contracts requiring workers to pay dues or fees to unions. (Missouri’s Republican-controlled statehouse passed an anti-union law, but voters overwhelmingly rejected it in a 2018 referendum.)

Tesla’s search follows a decades-old southward migration by automakers away from the Rust Belt. “Transplants,” the industry’s term for foreign automakers with factories in the U.S., led the way. Cheap, nonunionized labor was the main attraction, but incentives helped seal the deals. Alabama hooked Mercedes-Benz with $253 million in the early ’90s, and in 2017, and sought an incentive package of at least $1 billion for their joint car factory. Alabama eventually won with a $700 million package.

Officials in those states have justified such deals because of their “spillover” and “multiplier” effects within the broader economy. To justify Joplin’s billion-dollar bid, Teeter relied on economic modeling software developed by a labor market analytics firm, EMSI, to which the city pays $10,000 for an annual license. After he plugged in estimated employees of 8,000 and capital investments of $5 billion, the software returned an astonishing figure: $865 million in economic impact annually if Joplin were to land the Tesla plant. (Joplin’s annual economic output was $7.7 billion in 2018, according to the most recent data available.)

A 2020 study by economists Cailin Slattery of Columbia University and Owen Zidar of Princeton found that while cities might see an uptick in employment after landing a large company, there was little evidence of broader economic growth at the local or state levels. Slattery says she also consistently found the data used by states and local officials to justify incentives was wanting. “States aren’t good about disclosing what they are betting,” she says. “There’s bad reporting both at the time of the deal and after it happens. And there’s almost zero accounting of whether a deal has the revenue impacts predicted. It’s just not systematically tracked.”

With the virus-induced recession draining local coffers, will the billion-dollar bid survive? Slattery says that after the Great Recession, the impulse to offer big incentives to jump-start economies led to the rise of the billion-dollar bid. It was politically popular to do so, and they were less picky on the types of deals they were making because they were so desperate for economic growth,” she says. But this time might be different. “Public opinion on these incentives has turned, especially because the companies getting them are large and profitable,” she says.

But public opinion may not matter. Over the last decade, a privatization wave has swept through state economic development agencies. As a result, the public often knows little about bids until they’re so far along that robust debate is impossible. Joplin, in 1987, outsourced economic development to the local chamber of commerce. City employees are kept out of the proposal process to avoid triggering Freedom of Information Act requests from journalists and civic groups. Officials in Oklahoma and Texas have declined to disclose details of their Tesla bids. Tesla also declined to comment.

That lack of transparency coincides with a general uptick in incentives. Nationwide, corporations receive a total of $45 billion to $90 billion in incentives annually, triple the average of only three decades ago, according to data compiled by the Brookings Institution.

That arms race has left many cities with little in the way of a financial cushion during one of the worst economic crises since the Great Depression. Federal lawmakers are calling for a relief package of as much as $1 trillion for state and local governments, which are bracing for steep drops in tax revenues. Facing a $911 million hole in its state budget, Nevada has declared a fiscal state of emergency, tapping $401 million from a rainy day fund to make up for losses from sales tax revenues because of lockdowns.

Musk’s sprawling business empire has benefited from almost $5 billion in government subsidies, according to a 2015 investigation by the Los Angeles Times. But evidence that Tesla has ushered in prosperity where it operates is mixed at best. In Buffalo, N.Y., where state officials spent almost $1 billion building a solar panel factory to lure Tesla, lockdowns suspended plant operations as the company was approaching an April 2020 deadline to meet job targets, or face a $41.2 million penalty. Tesla has asked for an additional year to hit its numbers and is in talks with state officials.

In Nevada, the company has fallen $1 billion short of its promise to bring $5.5 billion in capital investment to the state, according to a 2018 independent audit requested by state officials. Tesla also failed to meet job targets of 6,500, with only 4,247 reported—or about 2,200 less than state lawmakers were promised when they voted for the $1.4 billion package, according to an investigation by the Reno Gazette-Journal. Moreover, according to state audit reports on tax abatements, the school district in the rural county where the Gigafactory is located would have reaped an additional $63.5 million in revenue from 2017 to 2019 in the absence of tax incentives for Tesla.

None of this has deterred Jacob Johnson, the head of the 25-person ad agency responsible for the irreverent and rogue campaign to bring Tesla to Tulsa. “Hey Elon, we hear you need a big f*cking field,” tweeted the Twitter account @BigFuckingField on March 17. “With only a $100 deposit, fully refundable, you can purchase your 1500-acre BFF today and develop it … whenever you want.” Johnson’s attention-getting antics include the “See Why Austin Sucks” list online, with links to news stories about that city’s sometimes indifferent attitude to courting big-name companies. Notably, Austin offered no perks for a new $1 billion campus Apple announced in 2018.

Johnson says a big bid is worth it: “In an economy like this and a time like this, when oil and gas has been disrupted this bad and you live in a part of the country that is more vulnerable than the rest, you’ve got to take a big swing.”

That’s a sentiment shared by Tulsa’s Republican mayor, G.T. Bynum. When he first ran for the office eight years ago, Bynum opposed the push for a taxpayer-funded, deal-closing fund to attract companies such as Tesla. The project was later scrapped.

The city has no property taxes. It funds public services and a $260 million annual budget almost exclusively through sales taxes. The revenue those generate has plunged as much as 14.5 percent during the lockdown. That’s left Tulsa officials with little financial firepower with which to lure Tesla. It will be up to Oklahoma’s state officials to come up with the cash.

Tulsa instead has resorted to attention-getting tactics to woo Musk: a 75-foot-tall Golden Driller statue, remade in his image, and a promise from Bynum to have the city’s police force buy Cybertrucks if the plant comes to town. Bynum has no regrets about opposing the fund years ago. “If the fundamentals aren’t good, a deal-closing fund isn’t going to make a bad deal turn good,” he says.

To contact the author of this story:
in New York at mya@myafrazier.com

To contact the editor responsible for this story:
at mlindblad1@bloomberg.net