President ’s coming proposal to ramp up the capital gains tax would hit both individuals earning $1 million and married couples filing jointly earning the same amount, according to a White House official.

The official’s clarification came after Biden’s top economic adviser, , said Monday that one element of Biden’s plan would be a change in capital gains taxes.

“This change will affect taxpayers making more than $1 million a year,” Deese, the director of the National Economic Council, said at a press briefing Monday, without specifying whether he was referring to individuals or married couples. 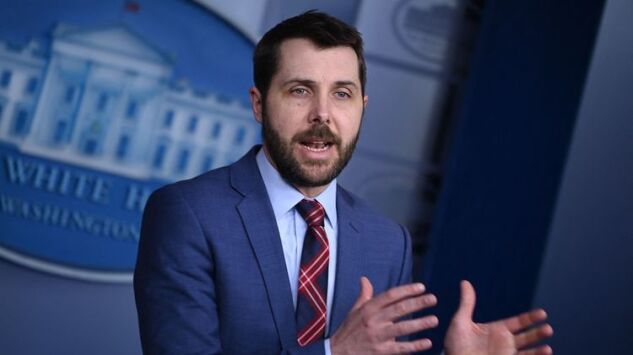 Biden is set on Wednesday to unveil his “American Families Plan,” featuring major new social-spending measures that would be funded in part by higher taxes on the wealthy. Deese briefed on just one element of the plan Monday after criticism from Republicans about the White House’s reported push to almost double the capital gains tax for top earners.

Deese described the capital gains increase as affecting “three-tenths of a percent of taxpayers,” or about 500,000 U.S. households.

“The reforms that the president will lay out are focused on this top sliver of people, and treating capital gains the same as wages for that top three-tenths of a percent,” Deese said. “And we believe that it’s not only fair, but it would also help to reduce the kinds of tax avoidance that significantly undermines trust and fairness in the tax code itself.”

Bloomberg reported last week that the White House is planning to almost double the capital gains tax rate for wealthy individuals to 39.6%, compared with the 20% rate today. Along with a surtax to help pay for Obamacare, it means that federal tax rates for wealthy investors could be as high as 43.4%.

Republicans have criticized the idea as economically damaging, saying it would lead to weaker investment. Stocks slid Thursday on the news of the plan, though recovered Friday. The S&P 500 Index was up 0.2% on Monday. 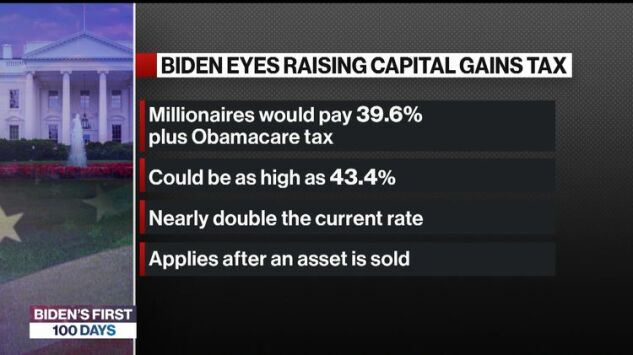 “The trend of net equity selling and falling stock prices around capital gains rate changes has usually been short-lived and reversed during subsequent quarters,” Goldman strategists led by wrote in a note Friday. In the three months prior to the last hike in the capital gains rate hike, in 2013, “the wealthiest households sold 1% of their starting equity assets, which would equate to around $120 billion of selling in current terms,” they wrote.

Goldman analysts are penciling in congressional passage of a capital gains rate of “around 28%” for the wealthy, anticipating Biden’s proposal will be substantially altered.

Republicans are likely to oppose the tax increases en masse, but the White House is also risking a struggle with Democratic lawmakers. Some of those from New York, New Jersey and other high-tax states in particular were already mobilizing to demand relief for their constituencies even before Biden’s official announcements. With the 50-50 Senate and a narrow margin in the House, monthslong negotiations loom.

Biden is also likely to propose increases on the number of Americans subjected to the estate tax. He campaigned on closing popular tax breaks including a provision that lets appreciated assets go untaxed when they are inherited, along with eliminating the carried-interest tax break, which lets private equity managers cut their Internal Revenue Service bills.

Without the GOP, Biden will need to craft a deal with his own party’s lawmakers. Some Democratic moderates, such as West Virginia Senator , have said they want to limit the size of the tax increases. 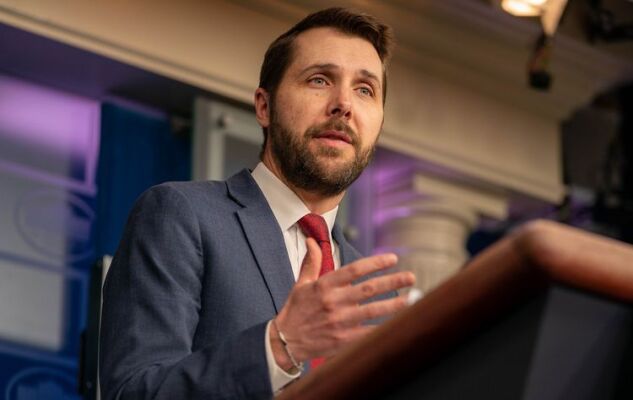 A bigger constituency Biden must woo is a group of House lawmakers largely representing districts in New York, New Jersey and California, who demand an expansion of a tax deduction that Trump limited in 2017. More than 20 Democrats have said they won’t vote for Biden’s plan unless the $10,000 cap on state and local tax, or SALT, deductions is addressed.

Deese on Monday highlighted that revenue would “help invest directly in our kids and our families and our future economic competitiveness and put us in a position where we can drive greater economic growth.”