House Speaker Pelosi and Senate Majority Leader Schumer, shown before the stimulus bill vote in March, will have to deal with Democrats disappointed that removal of the SALT deduction cap isn't in the president's new social spending program.
Photographer: Samuel Corum/Bloomberg

President ’s decision, in a raft of individual tax proposals released Wednesday, to leave in place a cap on state and local tax deductions threatens to complicate congressional negotiations over his sweeping new social-spending program.

The omission disappoints a group of Democratic lawmakers pushing to remove the $10,000 cap on state and local tax, or SALT, deductions that went to help pay for a slice of President ’s 2017 tax cuts. That’s a particular headache for House Speaker , who has to kick off shepherding the White House’s plan through the razor-thin margins in her chamber.

The ceiling significantly affected taxpayers in high-tax areas including New Jersey, New York and California. And with Biden’s $1.8 trillion “American Families Plan” funded in part by tax hikes on high-income households, the cap would be all the more painful, likely spurring lawmakers from affected districts to mount a months-long fight to expand the SALT write-off. 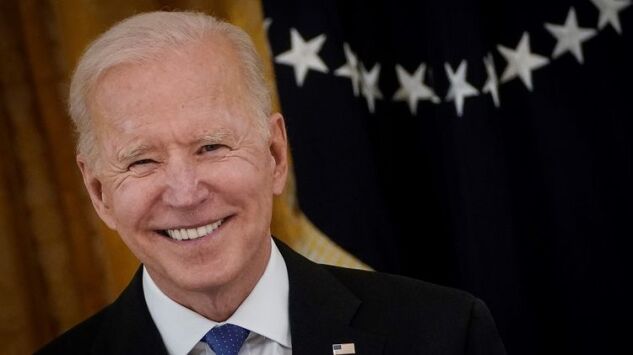 “I will be banging my fists onto the table to make New Jersey’s voice heard and do everything in my power to put SALT repeal on the books,” Representative said in a statement Wednesday hours after the White House released its plan. “I expect certain elements of the proposal to shift as it moves through Congress.”

Pascrell is one of the more than 20 Democrats who have said they won’t support Biden’s infrastructure and social-spending proposals without a restoration of the SALT deduction. That’s more than enough to hold up passage in the House.

In the Senate, Majority Leader is himself a lead sponsor on legislation to revive the break. He’ll need to get all 50 of his caucus on board with the final draft of Biden’s plan, besides counting on a tie-breaking vote from Vice President to move the legislation.

Democrats who want to restore the write-off say that Trump included the limitation on SALT in his 2017 tax overhaul as a way to punish Democratic areas. They say the cap is unjust and harms middle-class households in their districts where the cost of living is high.

Republicans, and some progressive Democrats, including Representative , point out that repealing the cap would largely help the wealthy. Data also show that many of the upper-middle income households in the high-tax states weren’t able to claim the SALT deduction before the Trump tax change because of restrictions on how many tax breaks a household could take.

Lawmakers have made multiple appeals to key administration officials, such as Treasury Secretary , who has said that the SALT cap causes “disparate treatment” among taxpayers and that she would work with Congress to find a solution to address the issue -- though she hasn’t endorsed any particular approach.

Marc Gerson, a former tax counsel for the Ways and Means Committee, said Congress is just at the beginning of a very long negotiation, and the demands for a full repeal of the SALT cap are an opening bid.

Gerson said lawmakers may eventually accept something less than full repeal, like an increase in the cap or a temporary repeal that would exclude the very wealthy. “There’s a lot of ways to skin the cat,” he said.

Restoring the full SALT break would cost about $88.7 billion for 2021 alone, and lawmakers are seeking a repeal of the cap through 2025, when portions of Trump’s tax law are set to expire. That means Congress would need to find hundreds of billions of dollars of spending to cut from Biden’s proposal or find tax increases to offset that cost.

Representative , a New Jersey Democrat, has said that revenue from IRS audits could be used to pay for the more generous tax break, and Representative of New York has floated using money from increasing the top income tax rate to 39.6% from 37%.

But the American Families Plan has both of those revenue-raising elements, and applies that funding for the spending measures in the program -- rather than for addressing the SALT issue.

Seth Hanlon, a senior fellow at the Center for American Progress and a former Obama administration official, said that Democrats who want to repeal SALT have some leverage, but will likely have to compromise.

“The math behind full repeal collides with more urgent priorities,” Hanlon said. “Short of full repeal, there are plenty of much more, targeted options that are still regressive, but cost a fraction of what full repeal costs.”