You couldn’t have scripted a better Game 7 in the Eastern Conference semifinals of the NBA Championship. With a spot in the conference finals on the line, the Milwaukee Bucks were up 109-107. The Brooklyn Nets’ Kevin Durant got the ball, and with seconds remaining, pulled up with a spinning jumper near the three point line. One of the best shooters in the league—hitting a remarkable 40.2% of three point shots during the playoffs—it was no surprise to see Durant’s shot hit the net. What was a surprise is that Durant’s foot had been on the line, turning what appeared to be a winning three points into two points. The resulting overtime didn’t turn in the Nets’ favor and the team’s championship dreams ended. 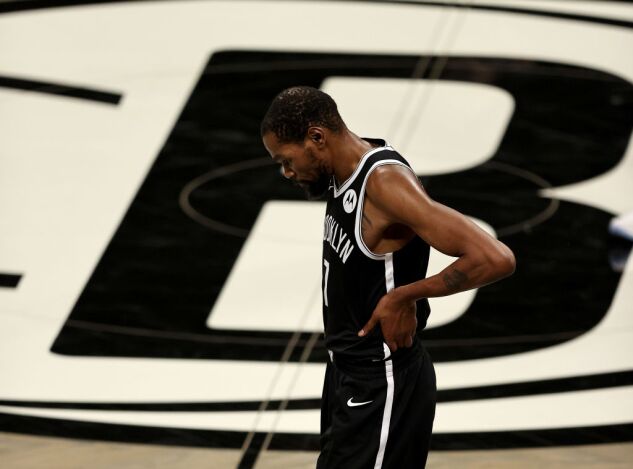 Kevin Durant #7 of the Brooklyn Nets reacts during game seven of the Eastern Conference second round at Barclays Center on June 19, 2021 in the Brooklyn borough of New York City.
Photo by Elsa via Getty Images.

I’ve watched the replay over and over, and I can’t help but think of Al Pacino’s character in “Any Given Sunday” when he compared life to sports. “You find out life’s this game of inches… the margin for error is so small—I mean one-half a step too late, or too early, and you don’t quite make it,” he says. “The inches we need are everywhere around us.”

That’s true in tax, too. Making a mistake in the tax world—even if it seems small or isn’t intentional—often results in a hefty penalty. And, as in sports, what you do next can make all the difference.

The IRS can impose a penalty when you fail to pay any tax due on time or if you don’t timely file your tax return. You can also be socked with a penalty for failing to properly report your income and deductions, or otherwise not providing accurate information on your tax return.

If you file your tax return, but don’t pay the total tax due, under Section 6651(a)(2), you can be charged a penalty of 0.5% for each month up to a maximum of 25% of the tax. The penalty rate increases to 1% if the tax remains unpaid 10 days after the IRS issues a notice of intent to levy property.

And this is where it matters if your mistakes are the equivalent of inches or feet: Small errors, or those that are resolved quickly, typically result in lesser penalties. In contrast, willful behavior and fraud may markedly increase the penalty. That’s true for most forms, from 1040s to FBARs.

If you are assessed a penalty, the IRS will send you a notice by mail. The notice will outline the kind and amount of the penalty, and advise you what actions you need to take. Fixing those mistakes would typically involve filing a missing or late return, paying an outstanding tax bill, or explaining an error, like a missed Social Security number. Sometimes, if you can easily resolve the issue, a penalty may not stick.

If you don’t fix the mistake, the amount due can balloon: The IRS charges interest on penalties. When interest begins to run depends on the type of penalty and generally continues to accrue until you pay the entire balance due.

If you pay some of what you owe—but not all—you’ll see the amount due reduced, but in a particular order. The IRS applies payments made first to the tax, then to penalty, and finally to interest.

If the mistake wasn’t your fault, or if you disagree with the amount owed, you can argue the penalty. But pay attention: If the notice of penalty has instructions or deadlines for abating the penalty, you must first follow those steps. Otherwise, there are a few ways that you can dispute a penalty:

There are typically three kinds of penalty relief that taxpayers seek: First-time abatement, reasonable cause, and erroneous written advice from the IRS.

You may qualify for first-time penalty abatement if you didn’t have to file a return or you have no penalties for the three tax years before the tax year attached to the penalty; you filed all required returns; and you have paid, or arranged to pay, any tax due. This is the equivalent of the “I’ve always been a good taxpayer” argument, and you are asking the IRS to overlook a mistake that was out of character for you. The IRS considers first-time abatement before other relief.

If you don’t qualify for first-time abatement, you may still be eligible for relief due to reasonable cause. Reasonable cause is a term of art. The IRS expects you to prove that you used ordinary business care and prudence to meet your tax obligations but couldn’t due to circumstances beyond your control. That could include a fire or natural disaster, a serious illness or unavoidable absence of you or an immediate family member, or inability to timely get records.

You’ll want to explain in detail what prevented you from filing your return or paying your tax. In addition, the IRS wants to know what steps you took to file and pay your taxes after the issue was resolved. For example, if you were unable to file your tax return because you were in the hospital, the IRS wants to know when you were released and how quickly you moved to file the return after that time. Again, supporting documentation will be crucial.

The IRS manual includes a chapter on penalties. You’ll find the section for reasonable cause at 20.1.1.3.2. There’s also a list of questions the IRS considers when granting cause: Be sure to address those in your letter.

The IRS will also remove your penalty if the IRS gave you specific written advice that resulted in a mistake. It must have been provided in response to a complete and accurate request for advice from you. Be prepared to include your initial request and the response together with your notice when asking for relief.

If the IRS doesn’t grant relief, you may be able to appeal the finding. Pay attention to your rejection letter for deadlines and other details.

Don’t allow one mistake to throw you off-kilter forever. Paying attention to the consequences—and knowing where the lines are—can help prevent you from making a mistake in the future. And like Kevin Durant, you’ll get another shot to get it right next year.

This is a weekly column from Kelly Phillips Erb, the Taxgirl. Erb offers commentary on the latest in tax news, tax law, and tax policy. Look for Erb’s column every week from Bloomberg Tax and follow her on Twitter at @taxgirl.

Kelly Phillips Erb
Editor
What Tax Professionals Wish You Knew About Being a Father
© 2021 The Bureau of National Affairs, Inc.
All Rights Reserved