With the October 15 deadline for individual federal tax extensions looming—the IRS officially expects more than four million additional returns to be filed—taxpayers and tax professionals are likely downing a few extra cups of coffee this week. They’re in good company: While National Coffee Day is typically celebrated in the U.S. and Canada on September 29, October 1 has been dubbed International Coffee Day by the International Coffee Organization.

Coffee is considered the most popular drink in the world, with about two billion cups of coffee consumed each day. That makes it a valuable commodity for trade—and for tax.

Here are a few more facts about coffee—and its relationship to tax—to enjoy during your morning brew:

1. While we don’t exactly know the origin of coffee as a drink, legend suggests that it began in Ethiopia. There, a goat herder named Kaldi noticed that his goats were more energetic after eating berries from a particular tree. Kaldi shared this information with the abbot of the local monastery, who made a drink out of the berries. Finding that the drink kept him alert, the monk also shared the word, and coffee eventually spread around the globe. Ethiopia is now the fifth-largest coffee producer globally—after Brazil, Vietnam, Colombia, and Indonesia—with the bean making up over a quarter of the country’s total exports. Ethiopia’s economy benefits significantly, with green coffee beans subject to an export tax.

2. Coffee eventually spread to Europe, including trading centers like Venice, Italy. A group of Christian clerics tried to ban the drink, believing that those who drank it would lose their souls to the devil. Around 1600, Pope Clement VIII insisted on tasting the brew himself. After his first cup, legend has it that he said, “This devil’s drink is delicious. We should cheat the devil by baptizing it.” Today, Italy is the 13th-largest per capita consumer of coffee in Europe. Finland, which imposed a luxury tax on coffee for nearly a dozen years off and on beginning in 1939, drinks the most.

3. The custom of tipping for good service reportedly begin in the mid-17th century in an English coffeehouse. A container with the words “To Insure Promptness” (yes, that’s TIP) was placed on counters, and customers would drop a coin to encourage speedy service. Today, tipping is commonplace in U.S. restaurants and cafes. And for tax purposes, those coins add up: All tips you receive—whether by cash, credit card, or as part of a tip-sharing arrangement—are reportable as income and are subject to federal income tax. And it doesn’t have to look like a “normal” tip since tips also include nontraditional items like tickets or other items of value for tax purposes. To help you keep track, the IRS recommends a tip log. You can also use Form 4070A, found in Publication 1244.

4. Coffeehouses quickly gained popularity in Europe as meeting places and cultural centers. This worried monarchies all over Europe. In 1675, England’s King Charles II tried to shut down coffeehouses declaring that they “have produced very evil and dangerous effects” and were a “disturbance of the peace and quiet realm.” He also tried to ban the sale of “any Coffee, Chocolet, Sherbett or Tea,” warning that those who consumed it anyway would do so “at their utmost perils.” It was a tricky position for the king, whose Excise Act of 1670 & 1671 imposed an excise tax on coffee, eventually extending to tea and chocolate, bringing tax revenue into the monarchy. The ban didn’t survive. Today, the U.K.—while known for its tea consumption— consumes approximately 95 million cups of coffee per day. 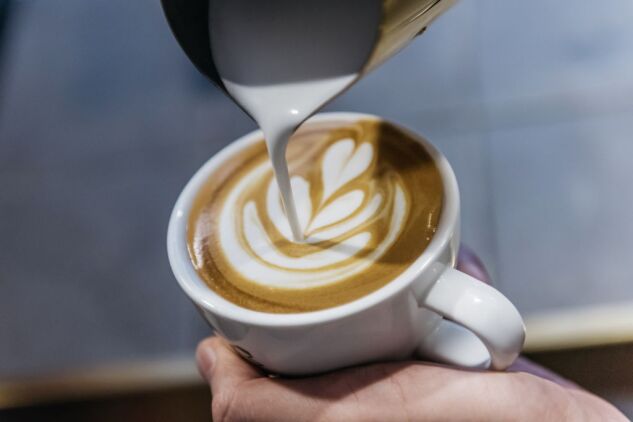 An employee pours a latte art into a cup of coffee at the Roastery Lab by Coffee Academics research and development facility, operated by Coffee Academics Group Holdings Ltd., in Hong Kong, China, on Thursday, July 27, 2017.
Photographer: Anthony Kwan/Bloomberg via Getty Images

5. Nearly 100 years later, coffee’s weaker cousin, tea, was popular in the British colonies—coffee had not yet caught on. When the Tea Act of 1773 was introduced, it was the last straw for many colonists, even though it wasn’t a new tax. The Tea Act simply retained the duty—or tax—on tea imported to the colonies, which was already in place thanks to the Townshend Act. Tax or not, the colonists viewed the Act as another way that the monarchy impeded their freedom. In response, colonists turned away British ships carrying tea headed for Philadelphia and New York. In Boston, however, the governor wouldn’t allow the ships to be turned back, and the colonists would not allow the ships to unload, resulting in a stand-off. Eventually, colonists snuck onto the ships and dumped out the tea—what you and I call the Boston Tea Party. That event also made the switch from tea to coffee something of a patriotic duty, even if they weren’t necessarily happy about it. In 1774, John Adams advised his wife that he had been denied tea by his hostess. “Accordingly I have drank coffee every afternoon since, and have borne it very well,” Adams wrote. “Tea must be universally renounced. I must be weaned, and the sooner, the better.”

6. Today, 64% of American adults consume coffee daily, making it more popular than tap water. Nearly 8 in 10 cups of coffee are made at home, but we enjoy the occasional coffee out. One of the most famous coffeehouses in America is Starbucks, which opened its first location in Seattle’s Pike Place Market in 1971. The company now has millions of customers at its 30,000 retail stores in 83 markets. But that hasn’t happened without controversy: In 2012, Starbucks made news in the U.K. when it was reported to have only paid a total of £8.6m in corporate income taxes since opening its first British shop in 1998, partly due to profit shifting techniques. That same year, Kris Engskov, boss of Starbucks in Britain and Ireland, announced that the coffee retailer would “volunteer” to pay more in tax to appease angry consumers.

7. Last year, coffee lovers in the U.S. consumed 656 million cups of coffee per day. According to the National Coffee Association, in 2015, that translated into $225.2 billion of economic impact, including 1,694,710 jobs in the U.S. economy and nearly $28 billion in taxes—including ancillary goods.

8. While most of us are drinking coffee at home, there is definitely some heavy coffee consumption at the office, which leads to a question that I’m constantly asked: Is coffee tax-deductible? And, of course, you’ll get a lawyerly answer: It depends.

If ever in doubt about whether business expenses are tax deductible, first ask yourself these two questions:

The answer to both of those questions should be yes to claim an expense as a business-related tax deduction under section 162 of the tax code—assuming no exceptions apply.

With that in mind, employers who provide coffee at the office for their employees may typically deduct the cost of the coffee and any related equipment. And there’s no income for the employees since it’s considered a de minimis fringe benefit under section 132. De minimis is a Latin phrase that translates roughly to “of little importance.” While coffee is clearly of significant importance to some of us, when it comes to taxes, a de minimis benefit is one that’s so small as to make accounting for it unreasonable or impractical.

And at home? You may be able to claim the cost of your coffee as a business expense if you’re a business owner or an independent contractor who files a Schedule C. However, if you’re an employee working from home, you’re out of luck: As a result of the 2017 tax law changes, for the tax years 2018 through 2025, you cannot deduct unreimbursed business expenses, including home office expenses, if you are an employee.

But tax deductible or not, don’t let that stop you from firing up your coffeemaker or your ordering app this week. From cafecitos to flat whites and americanos to espressos, I hope you enjoy your favorite brew.

This is a weekly column from Kelly Phillips Erb, the Taxgirl. Erb offers commentary on the latest in tax news, tax law, and tax policy. Look for Erb’s column every week from Bloomberg Tax and follow her on Twitter at @taxgirl.

To contact the editor responsible for this story: at rdaigle@bloombergindustry.com