Top financial officials from the major global economies used the World Economic Forum in Davos to tout the benefits of government spending as a way to lift growth out of its funk and reduce reliance on overloaded central banks.

U.S. Treasury Secretary labeled the U.S. as a “bright spot” in the world and attributed that to President ’s tax cuts -- along with his rollback of regulations and his trade deals. Governor said his nation, where fiscal and monetary policies are aligned, is seeing “very strong” business investment. 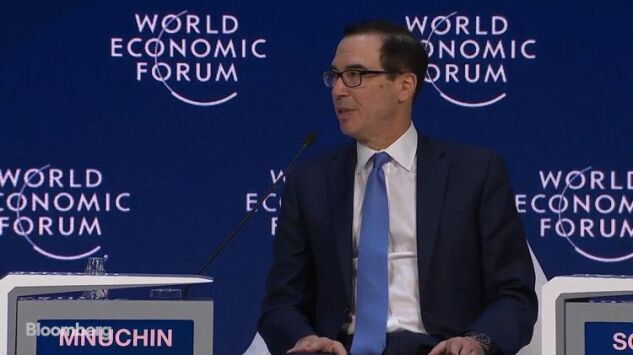 WATCH: Mnuchin comments on the outlook for the U.S. economy.
Source: Bloomberg