A hotel attendant dressed as Santa operates a computer in November in Rehoboth Beach, Del. Plexiglass barriers form a protective barrier with guests due to the coronavirus pandemic.
Photo by Mark Makela/Getty Images

On paper, employee scheduling ordinances look like they’d be a compliance nightmare for the restaurants, retailers, and hotels that are simultaneously navigating the vagaries of operating during a pandemic and, at times, being limited to partial operations on short notice.

In practice, though, authorities have taken a light touch on enforcement this year in at least a few cities. That could change as new provisions of Chicago’s and Philadelphia’s “fair workweek” ordinances take effect.

“As it turns out, the very sectors where this was being implemented are the very sectors that have been suffering the most from the pandemic and the closures,” said Lonnie Golden, an economics professor at Penn State University who researches workforce issues, including employee scheduling.

The ordinances are designed to protect hourly workers from irregular and abusive scheduling practices that make it difficult for them to balance family life, child care, and unpredictable income. While the ordinances vary from city to city, they mostly apply to large restaurant, retail, and sometimes hotel chains, although Chicago took a broader approach and also covered hospitals, warehouses, manufacturers, and building services providers.

The laws generally require employers to give workers advance notice of their schedules, avoid last-minute changes, provide adequate rest time between shifts, and pay workers extra if they are required to change their schedule on short notice. In some cases, the laws also require giving part-time workers the chance to take on more hours before hiring additional part-timers. Scheduling laws are in effect in a handful of major U.S. cities and one state, Oregon. 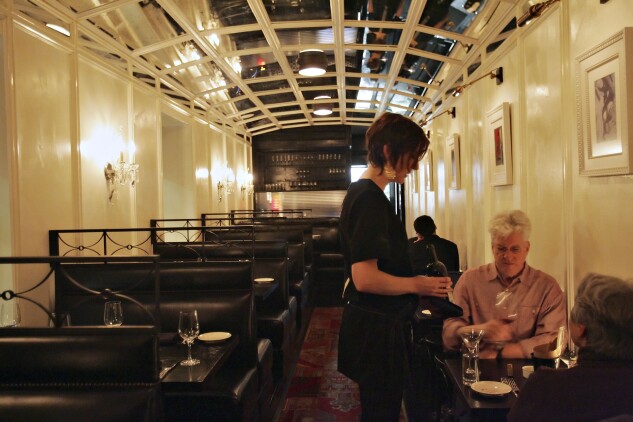 A server at a restaurant holds a bottle of wine at a table in New York. New laws are mandating predictability for some food establishments, leaving many businesses with extra costs and a sense that the rules create an uneven playing field.
Photo by Rich Press/Bloomberg via Getty Images

Scheduling ordinances took effect in Philadelphia on April 1 and in Chicago on July 1 this year, but the cities postponed some of the toughest portions of the new laws.

Chicago put off until Jan. 1 a provision allowing workers to bring private lawsuits for violations of the scheduling rules. For violations prior to Jan. 1, the city’s enforcement agency can impose fines.

Philadelphia’s “predictability pay” requirement—which obligates employers to pay workers extra to compensate for last-minute schedule changes—was postponed as well. The city hasn’t announced yet when it will become effective.

Predictability pay is “the one that has a lot of teeth,” said Stephanie Peet, an employment lawyer with Jackson Lewis in Philadelphia. The other parts of Philadelphia’s ordinance “are more technical issues.”

Another piece of Philadelphia’s law is set to change on Jan. 1, when employers will be required to start notifying workers 14 days in advance of their schedules, rather than the 10-day notice that’s been in place since the ordinance first took effect.

Implementing the new ordinances during a pandemic in Chicago and Philadelphia—as well as enforcing existing laws in cities such as New York City and Seattle—has forced city officials to weigh the needs of workers and employers.

“It’s hard to say the intensity of the enforcement right now,” Golden said, adding that anecdotal evidence suggests cities including Chicago haven’t been aggressive with fines or penalties. “They’re sort of relaxing those through the end of the pandemic.”

In Philadelphia, Peet and her colleague Tim McCarthy—also a Jackson Lewis employment lawyer in the city—said they haven’t heard from clients facing investigations or heard of city enforcement agents auditing businesses’ scheduling practices this year.

“We’re getting requests about compliance and not necessarily defense or responses to enforcement actions,” McCarthy said. “Even though there hasn’t been enforcement activity, it’s keeping us busy.”

Seattle’s ordinance applies to food service and retail workers, which include many of the grocery and restaurant employees deemed essential workers amid virus-related business restrictions this year, said Jennifer Wong, assistant enforcement manager for the City of Seattle.

It’s a different story in New York City, where Eli Freedberg—a Littler Mendelson lawyer who defends employers in fair workweek cases—said he hasn’t seen any signs of leniency from the city’s enforcement agency.

He’s working with clients on a half dozen open audits in the city, and has defended about 15 such cases since the law took effect in 2017, he said. New York City’s law covers only large retail and fast-food restaurant chains.

“It’s super aggressive. The city and the employee rights community I think did a very good job—they were successful I should say—at employee outreach,” Freedberg said. “Employees in these industries are very aware of their rights and have weaponized fair workweek.”

He contrasted New York’s approach with that of Philadelphia, which he said showed “common sense” this year in gently rolling out its scheduling ordinance and postponing the predictability pay requirement.

“New York has not taken that common-sense approach, to the real detriment of businesses that are struggling,” he said, noting the city tends to impose steep fines for technicalities such as recordkeeping violations.

Lorelei Salas, commissioner of the NYC Department of Consumer Affairs, which enforces the fair workweek law, told a different version of events—saying the city has continued to enforce the law this year but has focused on helping businesses get into compliance rather than penalizing them.

“We’ve taken an approach that’s a little more, I would say, mindful that we are in a crisis that’s affecting everyone,” she said.

The agency has been focused more on enforcing the city’s paid sick leave law this year as it has been the source of more worker complaints than the fair workweek ordinance, Salas added.