Labor Secretary Marty Walsh speaks about the administration's infrastructure plans during a news conference in Washington, D.C., on May 19.
Photographer: Al Drago/Bloomberg

When Labor Secretary appears before a House panel this week, he’ll face tougher questions from Republicans than he did during his Senate confirmation hearing, especially about President ‘s call to spend trillions on infrastructure and job creation.

Far less clear is whether any lawmakers will inquire about the police commissioner Walsh hired in his final days as Boston mayor.

In January, shortly after he was nominated to run the U.S. Labor Department, Walsh, who was still Boston’s second-term mayor at the time, gave the city’s top police job to a high-ranking police commander. The Boston Globe later revealed that Walsh’s pick had faced allegations of domestic abuse two decades earlier.

Walsh has said repeatedly he wasn’t aware of those accusations until after he’d given Dennis White a promotion. Yet the former top cop White replaced, William Gross, filed a court affidavit in May asserting that Walsh was briefed on White’s Boston Police Department internal affairs record before Walsh approved White for a 2014 promotion to a command post. The affidavit doesn’t state that Walsh was briefed specifically on the domestic violence charges.

While unresolved questions about what Walsh knew and when continue to hound him as he settles in at the Labor Department, the controversy hasn’t picked up momentum inside the Beltway. Walsh’s statements on the hire appear to have satisfied federal lawmakers, who’ve been almost universally silent on the matter, and interviews with more than a dozen sources inside the administration, on Capitol Hill, and in the business and labor communities revealed little to no interest in probing the issue.

The House Education and Labor Committee’s oversight hearing Wednesday is shaping up to be the latest example of the emerging reality: Unless new evidence surfaces, the most dangerous landmines for Walsh will involve how he navigates Biden’s economic policies.

Wednesday’s hearing is the first time Walsh will get his DOL agenda picked apart by a full congressional panel. Committee leadership from both parties are keen to hear Walsh elaborate on the president’s big-ticket infrastructure and family-focused legislative programs, and neither staff office signaled plans to grill Walsh over the police hire.

“Committee Republicans are looking forward to asking important questions about the Biden administration’s hostility to job creators and how the Secretary’s pro-union boss agenda threatens our economic recovery,” Rep. (R-N.C.), the committee’s ranking Republican, said in a prepared statement. Her response didn’t address questions about whether the Boston controversy will be scrutinized.

To be sure, the fallout in Boston still looms over Walsh as it generates new headlines. On Monday White was formally terminated by Boston’s new acting mayor, and on Tuesday his attorneys vowed to file a civil complaint against the city, raising the possibility that Walsh could be deposed as a witness. 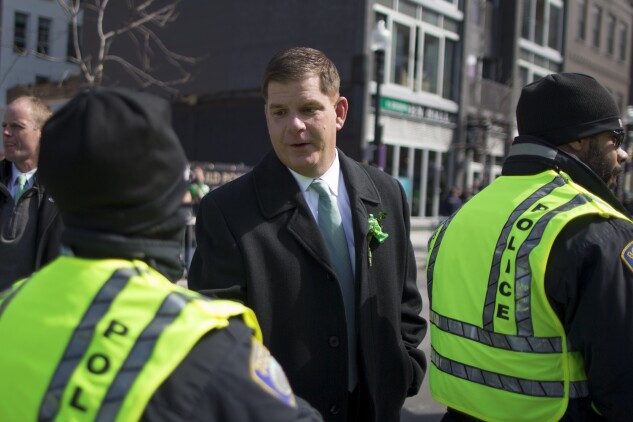 The White House declined to comment, and the Labor Department didn’t provide a response when questioned for this story.

For now, the labor policy world is casually monitoring news out of Boston, with most sources interviewed for this article expressing far more interest in whether Walsh will begin to advance new policies to repair a labor market still reeling from the downturn and fulfill Biden’s commitment to propel worker organizing.

Since being sworn in March 22, Walsh has provided scant details on his plans for DOL. He has enjoyed bipartisan support for seeking out perspectives from all sides, a factor that has helped insulate the former Boston construction union leader from congressional attacks over his policing hire.

“I don’t see an appetite in the business community sector to oust Marty Walsh—just the opposite,” said Roger King, senior labor and employment counsel at the HR Policy Association, a trade group representing Fortune 500 companies. “The business community believes that it has the best option that was available, as far as someone who will at least listen to their issues. It’s not like other situations where you have a very controversial nomination.”

Reinforcing that sentiment, a senior Republican aide to the Senate labor committee said GOP senators aren’t concerned about the matter. The source, speaking on condition of anonymity to share private conversations, added that Walsh should be able to weather the controversy “barring some shocking revelation.”

In the lead-up to his Feb. 4 confirmation hearing, Walsh reached out to the committee’s top Republican, Sen. (N.C.), and other GOP members to give them a heads-up that The Boston Globe would soon disclose allegations that White in 1999 had pushed and threatened to shoot his wife at the time, the senior aide said.

But when senators read the article on the eve of the hearing, learning that Walsh had placed White on administrative leave when notified of the allegations, “nobody had questions about it,” the aide said.

The topic didn’t come up at the hearing, during which Republican members asked few pointed questions.

Multiple business lobbyists said that while they disagree with some of the regulatory decisions Walsh has made as secretary, they’re impressed with how he and his team have engaged with the private sector and shown an appreciation of employers’ struggles to rebound from the Covid-19 disaster.

That approach, befitting Walsh’s reputation as a unity-seeking pragmatist, combined with the fact that he’s operating a lower-tier Cabinet agency, has helped keep the Boston controversy from undermining the ex-mayor’s new job.

“The only way I see this becoming a national story is if it becomes a competency issue, ‘How could you not have known?’ If it becomes, ‘You’re making bad staffing decisions in Boston: What’s to say it’s not happening in the Labor Department?’” said Erin O’Brien, a political science professor at the University of Massachusetts Boston. “But it’s just too many steps. I feel like if it hasn’t totally broken open now, when will it?” 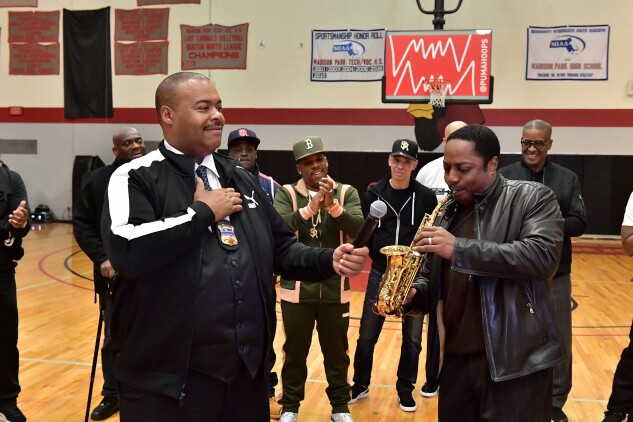 Committee Democrats will be motivated Wednesday to promote Walsh’s chief priority this year: working with Congress to enact the president’s push for multi-trillion-dollar legislative packages on infrastructure and social programs, a Democratic aide on the panel said.

Walsh can continue his overtures to Republicans to minimize adversarial exchanges, but Democratic members losing patience with GOP opposition to Biden’s jobs and social-policy agenda want the secretary to make a difference in the policy arena—even if that means abandoning the niceties.

“I would hope that the Education and Labor Committee pushes for a proactive agenda that the secretary is committed to and political capital is spent around accomplishing,” said Celine McNicholas, director of government affairs at the Economic Policy Institute. “Because as we emerge from the pandemic, if changes aren’t made to our workplace system of rights, then we know what type of recovery we will have—an unequal recovery where workers will pay a price.”

Walsh is under even greater pressure to deliver as union leaders call for sweeping worker protections in any infrastructure package.

Wilma Liebman, a former Obama-appointed chair of the National Labor Relations Board who recently interviewed Walsh on a labor conference panel, said he’s been steeled by having overcome prior political skirmishes in Boston.

“Going back to what Tip O’Neill said, that all politics is local, if he managed to fight those battles in Boston, he can fight them successfully in Washington,” Liebman said.