Pandemic response tops list of priorities now that the Senate ended his prolonged wait to be confirmed as U.S. labor secretary, but he also faces tough decisions on how to advance a trio of consequential employment law rules, including on when to consider a worker as an employee rather than an independent contractor.

The U.S. Labor Department has already moved to withdraw or revise prominent Trump-era regulations on independent contractor status, joint employment, and tipped wages. All three had aimed to help businesses avoid lawsuits accusing them of shorting workers on pay, but Biden DOL leaders believe they would have undermined worker protections.

Walsh, confirmed by a 68-29 vote Monday, must confront the arduous task, once sworn in, of determining how to replace those measures with an affirmative agenda. His decision-making on how to advance the Biden administration’s approach in those areas will have far-reaching implications for workplace policy and private litigation.

Each rulemaking in the queue at the DOL’s Wage and Hour Division carries a short-term deadline, putting immediate pressure on the pledge Walsh made at his confirmation hearing to work collaboratively with businesses and labor.

The most immediate and pressure-packed matter awaiting Walsh—issuing a workplace virus safety rule—also will test his ability to strike a balance between unions and employers. The DOL missed a March 15 deadline President had set for the Occupational Safety and Health Administration to release an emergency rule to mandate that employers take steps to protect workers from Covid-19 infection.

Walsh, a former two-term Boston mayor and construction union leader, will be charged with overseeing the rule’s rollout, which is fraught with challenges for the administration and could be met with a lawsuit from the business lobby. Other pandemic recovery duties, such as budgetary and enforcement priorities, will also factor heavily into Walsh’s first weeks in office, as he meets with important stakeholder groups.

“He’s got a reputation for bringing people in and working together, so we would hope that we would have an opportunity to share our point of view around those questions,” said Glenn Spencer, senior vice president of the employment policy division at the U.S. Chamber of Commerce.

While the business group backed Walsh’s nomination, Spencer acknowledged the Chamber and the administration likely have different perspectives on independent contracting and joint employment.

All three pending rulemakings involve legally murky questions that are frequently tested in DOL investigations and in class actions pitting plaintiff’s attorneys and unions against management.

Worker advocates and union leaders are optimistic that Walsh’s background of fighting for employee-friendly policies will lead to prompt actions in workers’ favor, such as by requiring , , and other gig economy businesses to treat workers as employees and offer a full package of protections.

The new secretary will seek to connect with a host of outside groups to get a feel for the job, a DOL source said. Corporate and union lobbyists will try to shape Walsh’s agenda, recognizing that he’ll serve a boss who’s committed to being the most pro-union president in U.S. history. 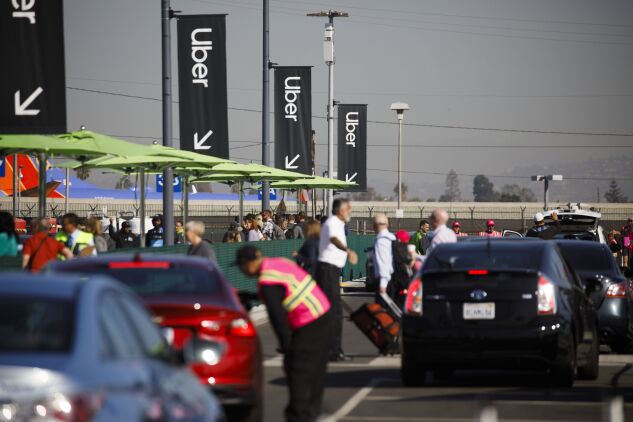 Walsh, who’s known as a pragmatist, has multiple ways to proceed in all three areas, but no easy way out.

For instance, he could direct WHD regulators to replace the Trump rule on independent contracting with subregulatory guidance akin to the “administrator’s interpretation” the Obama administration released in 2015.

He also could opt to take gig-economy companies to court, accusing them of improperly classifying their workers as contractors. Or he could select the more time-consuming option of issuing a new rule that would expand the circumstances in which workers must be treated as employees, not contractors.

A similar menu of choices exists for joint employment. And the tips rule would likely necessitate a replacement regulation, because the Trump administration included in its version a less-controversial provision to flesh out a 2018 law on tip-sharing between workers who directly receive tips, such as servers, and those in so-called back-of-house roles, such as line cooks and dishwashers.

That would entail publishing “substantive rules that would define what is an independent contractor, joint employment, the proper treatment of tips,” Hancock said. “It’s like what we did in the Obama years: you did a notice-and-comment rulemaking, solicit a broad array of points of view, and make the best decisions you can make.”

But it can take an agency years to complete a notice-and-comment regulation, and during that period companies will face DOL investigations without knowing the rules of the road, warned Tammy McCutchen, a former WHD administrator under President George W. Bush.

McCutchen said that even though she disagreed with the 2015 Obama-era guidance that determined most workers to be employees rather than independent contractors, it would’ve been wiser for the DOL to have used that guidance as the basis of a new regulatory proposal, rather than merely proposing to rescind the Trump rule.

As Walsh considers his options, progressives and the plaintiff’s bar will press him to emphasize these issues via strong enforcement and litigation decisions that rely on previous court interpretations, without waiting for a new rule to be established.

Two of the Trump rules—joint employment and tipped wages—are subject to ongoing lawsuits brought by state plaintiffs. And future litigation from industry groups to thwart potential Biden DOL interpretive rules is a very real threat, as is the potential for trade associations to try to salvage the Trump measures in court.

Joint employment is primed to remain in flux, at least while Walsh settles in.

It’s one of the top issues the International Franchise Association hopes to discuss with Walsh in an initial meeting, said Suzanne Beall, the group’s vice president of government relations and public policy.

IFA, which represents employers that want to avoid legal responsibility for franchisee wage conditions, is part of a coalition of business groups serving as intervenors in a case, now on appeal, challenging the Trump rule. The business groups want to restore the Trump administration’s regulation, which narrowed the standard for joint liability.

Beall accepted the possibility that the union perspective, which aims to hold lead corporations liable for paying owed wages in joint employment cases, may win out. But she said she’s “cautiously optimistic” that Walsh could broker a compromise that would allow, for instance, a corporation to provide racial sensitivity training to franchisees without being tagged as a joint employer.

“We actually need somebody with his type of background to bring stakeholders together to find a bipartisan solution,” she said. “But I think we’re cognizant that there’s going to be pressures.”