US railroads and unions reached a tentative deal early Thursday, a breakthrough that looks to avert a labor disruption that risked adding supply-chain strains to the world’s largest economy.

After 20 straight hours in the latest round of talks -- which included President Joe Biden and other administration officials -- the companies and union negotiators sealed a preliminary agreement balancing the needs of workers, businesses and the economy, the Labor Department said.

It was a “hard-fought, mutually beneficial deal,” it said in a statement. “Our rail system is integral to our supply chain, and a disruption would have had catastrophic impacts on industries, travelers and families across the country.”

The tentative resolution was announced just a day before a Friday deadline that could have seen rail workers walk off the job or be locked out by the companies, freezing critical infrastructure that transports about 40% of all long-haul cargo in the US and threatening a fresh wave of supply chain chaos. 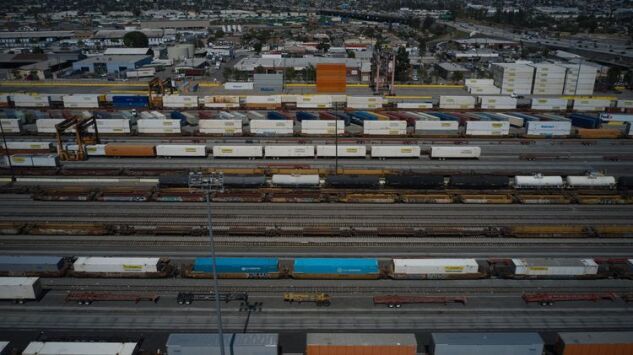 WATCH: US railroads and union negotiators have reached a tentative deal. Kriti Gupta has the latest.
Source: Bloomberg

The breakthrough was possible after unions secured concessions on a core concern: under rail companies’ attendance policies, they’ve said employees have been fired for taking time off, beyond existing paid leave, for illness or doctor visits. The contract language now exempts time off for some medical events, the Brotherhood of Locomotive Engineers & Trainmen said in a statement. The BLET -- which represents about 37,000 workers -- was one of two major unions that were holding out for a better deal.

The BLET, the International Association of Sheet Metal Air, Rail & Transportation Workers, and the Brotherhood of Railroad Signalmen have all now agreed to the tentative pact, according to the National Carriers’ Conference Committee, which represents national freight railways in bargaining. Together, the three speak for about 60,000 workers, it said in a statement.

and said they are working to resume normal operations after halting some service in anticipation of a work stoppage. Shares in both companies rose Thursday morning.

The agreement still needs the ratification from the unions’ members, but Thursday’s deal extends by several weeks the so-called cooling-off period, during which unions may not strike, a person familiar with the agreement said.

Ratification hinges on popular votes from rank-and-file members, who in recent days have showed a willingness to buck leadership.

Just this week a machinists’ union local rejected an earlier tentative offer with rail carriers, and a majority of voting members will still need to approve the new deal. Another union, the Brotherhood of Railway Signalmen, voted Sept. 12 not to send the tentative agreement to membership for ratification. And leaders of one union told Congress this week that rank-and-file members were overwhelmingly against an earlier compromise, suggesting members would want significant changes.

The tentative freight-rail agreements include a 24% wage increase over five years, 2020 through 2024, including 14.1% effective immediately, as well as five annual $1,000 payments, the National Carriers’ Conference Committee said.

Amtrak, which in anticipation of a strike had canceled rail service across most of the country where it operates on freight lines, said Thursday it would work quickly to resume normal operations. The cancellations didn’t affect travel through its major corridor between Boston, New York City and Washington, where Amtrak owns the rail lines.

Industry groups welcomed the deal, with the National Retail Federation saying in a statement that a strike during a time of economic uncertainty and hot inflation would be “further challenging consumer budgets and putting business resiliency at risk.”

Soy Transportation Coalition Executive Director said that “without cost-effective, reliable rail service, so much of what farmers produce will never connect with our domestic and international customers.”

Aside from the disruption to key freight from corn to cars, the prospect of a strike was a serious political risk for President , who is vocal in his pro-union stands but would not want the blame for adding pain to an economy already beset with soaring inflation and supply-chain snarls.

The president weighed in late Wednesday night as the negotiations were ongoing, stressing during a call with negotiators the importance of avoiding harm to families, farmers and businesses, a White House official said. 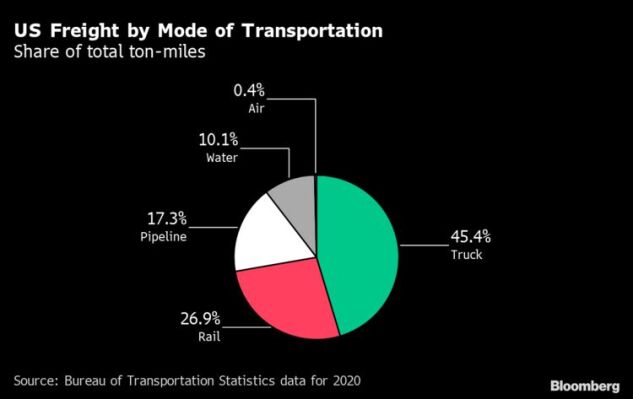 “These rail workers will get better pay, improved working conditions, and peace of mind around their health care costs: all hard-earned,” Biden said in a statement.

The breakthrough to cap day-and-night negotiations came after a Biden-appointed board last month issued a set of recommendations to resolve the dispute, including wage increases and better health coverage.

That proposal didn’t include details on scheduling, attendance and other issues important to the two major unions that held out for a better deal until today.