Applications for unemployment insurance in the US last week plateaued near a five-month high, suggesting tightness in the labor market may be starting to ease.

decreased by 2,000 to 229,000 in the week ended June 18, Labor Department data showed Thursday. The prior week’s figure was revised up slightly. The median estimate in a Bloomberg survey of economists called for 226,000 applications.

The jobless claims , a measure which smooths out some of the volatility in the series, increased to 223,500, the highest since late January. 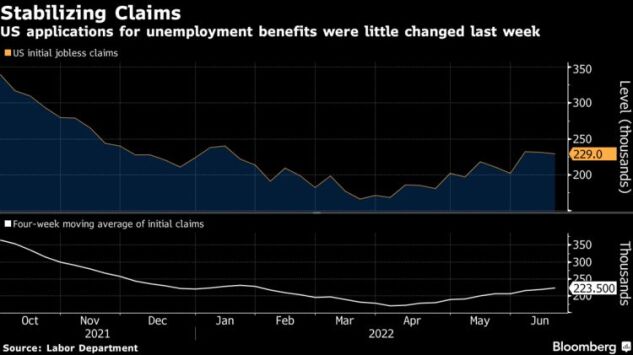 While the labor market remains strong and ...