The California Public Utilities Commission’s threat to suspend s operating license shows that the state isn’t about to let go of oversight even after voters approved a hands-off approach to regulating gig employers’ business models.

Both sides are digging in for a fight over the commission’s order that Uber turn over information on witnesses to alleged incidents of sexual harassment and assault, and disclose who wrote the ride-hailing company’s industry-first, and only, safety report. It has threatened to fine Uber $59 million and pull its license if the information isn’t produced by Jan. 13.

“It’s fair to say we’ll be contesting it,” Uber Chief Legal Counsel said in an interview, adding Uber is “exploring options” to work productively with the CPUC while protecting the identity of victims.
.

Uber has framed the fight as protecting the privacy it says it promised to assault survivors who shared their stories with the San Francisco company, and expressed doubt the commission would safeguard personal information. The commission says Uber is resisting its probe into whether the company creates risks for passengers and drivers. 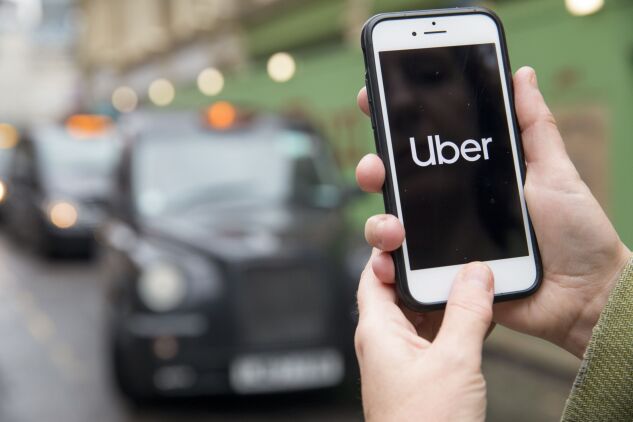 The judge’s Dec. 14 order and proposed fine was released just over a month after Uber, Lyft, Instacart Inc., Doordash Inc. and Postmates Inc. successfully fueled a $226 million initiative (Proposition 22) that had California voters siding with gig employers to classify drivers and delivery workers as independent contractors, not employees.

“Passage of Proposition 22 was a big win for Uber on arguably its biggest legal risk in the state. But it is just one issue. Uber shouldn’t expect state regulators to ease up on other unresolved legal questions facing the company,” said Matthew Shettenhelm, a Bloomberg Intelligence litigation and government analyst.

Uber’s skirmishes with the CPUC date to the commission’s assertion in 2013 that it, not individual cities or counties, had oversight of the then-nascent ride-hailing business. Until that point, Uber had grown up in the Silicon Valley ethos of asking for forgiveness, not permission, whereas the commission saw regulation of ride-hailing companies as continuing its mission set in the early 20th century to regulate trains and horse-drawn carriages.

“Passenger safety is one of the critical issues that motivated CPUC jurisdiction over stagecoaches. So it doesn’t matter if the modern day stagecoach comes through phone and has an electric motor instead of a horse. It’s still a passenger carrier and the CPUC is concerned about safety,” said Catherine Sandoval, a Santa Clara University associate law professor and former CPUC commissioner.

Creating a regulatory model helped Uber to get insurance, lease cars, and obtain other benefits to increase consumer and investor confidence, Sandoval said. But it also led to fights over insurance that Uber lost, with the CPUC ordering the company to insure drivers while picking up and transporting riders, and then over its treatment of drivers as independent contractors rather than employees, helping fuel the initiative fight.

“PUC likes to come up against a big company. They’re not going to be intimidated particularly by Uber because Uber is not in a favorable state from a political point of view,” said Martin Mattes, a Nossaman LLP partner in San Francisco who represents utility clients before the commission. While Uber succeeded in overturning state labor law, “that shows a lot of political clout. But on the other hand, it doesn’t endear them to the other political forces in the state.”

Sexual assaults have been linked to Uber and Lyft for years, with many detailed in lawsuits filed against the companies.

The CPUC is trying to get a handle on how big the sexual assault problem is with rideshare companies and wants to verify that the report Uber released is accurate, said Steve Estey, attorney with Estey & Bomberger, who has brought more than 100 cases against Uber and Lyft alleging they should be liable for attacks.

Estey said the commission would use the information to verify that the report is correct to conduct its own investigation. Uber’s report frames its own narrative, he said.

“What these companies have created is generally a good concept to get from A to B at a quick pace and for a good price, but they’ve created a platform for sexual predators,” he said.

According to West, Uber had been trying to work with the commission over the past year to satisfy its requests, only to see the CPUC change its demands, and then issue its order and fine without giving the company an opportunity to comply.

The company argues it worked with survivor and victim groups for nearly a year to voluntarily create the report from which the CPUC seeks more information, a report that competitor Lyft has yet to file.

The fine will discourage other companies from wanting to take this step in the future, Uber argues, as the decision said Uber was singled out by the CPUC because it had produced the report.

“We’re confused by what the CPUC is now saying,” West said.

The Dec. 14 decision states Uber could provide a code or some other signifier rather than a victim’s name to allow commission staff a way to follow up the investigation without disclosing names—something Uber says it offered earlier this year. The commission also could work through Uber as an intermediary.

But Uber under state law cannot refuse to comply with its requests.

“Uber cannot trumpet the existence of such a document but decline to provide the Commission with the facts surrounding the claims and the authorship of said document. The Commission would be remiss in its regulatory responsibilities if it had failed to conduct a follow-up inquiry,” the order said.

West said the CPUC agreed to accept anonymized information about witnesses, then levied the fine anyway.

Commission spokeswoman Terrie Prosper declined to comment beyond the decision, which a commissioner may ask to be reviewed within 30 days when it was issued.

The same administrative law judge reiterated in a Dec. 21 order covering annual reports by Uber and Lyft that the companies could treat as confidential latitude and longitude information and descriptions regarding all assaults and harassment.

Some rape and assault survivor groups support Uber’s position. John L. Finley, policy manager for California Coalition Against Sexual Assault (CALCASA), suggested the CPUC may be using the sensitivities around sexual assault as a lightning rod to assert its authority over Uber, but failed to consider the harm they were doing to victims.

“It seems there are dynamics beyond the interests of survivors here,” Finley said. “There was nothing here about what’s best for survivors of sexual assaults. It was whether Uber was complying with the ruling of an administrative judge.”

Uber has contributed to Raliance, a national nonprofit organization dedicated to ending sexual violence, of which CALCASA is a member. However, CALCASA has told the commission that Uber is not paying it to advocate for its position.

CALCASA, in a letter to Gov. Gavin Newsom (D), said it is the survivor’s decision alone to report the abuse, and even using Uber as an intermediary for additional inquiries fails to respect their privacy and autonomy.

Scott Berkowitz, president of the Rape, Abuse and Incest National Network (RAINN), said the CPUC is ill-equipped to handle follow-up investigations of sexual assaults and could even do additional harm to victims. “I hope the CPUC comes to its senses,” he said.

Berkowitz and Finley also said the CPUC’s approach, after Uber voluntarily published its safety report, would hurt the larger goal of increasing reporting of sexual assaults. “I would think Lyft would stay the hell away from” publishing a safety report if this is the outcome, Finley said.

The full commission still must approve the order. Uber can ask for a rehearing. It can seek review in the Court of Appeal or California Supreme Court, although Mattes said appellate courts are more willing to accept cases for review than the state high court.

Mattes says the commission “reacts very badly to challenges against their authority” and has powerful tools to impose compliance.