Democrats are on the brink of seizing control of the federal labor board for the first time in four years, giving unions an opportunity to regain ground lost during the Trump administration and perhaps expand their ranks even more.

The new Democratic majority on the National Labor Relations Board will become official Saturday, when Biden nominee David Prouty is sworn in as the fifth and final member, replacing management-side attorney William Emanuel (R), whose term ends Friday. Democrats, who will then control three of the board’s five seats, are expected to issue decisions that will help unions win elections, loosen restrictions on expressing support for labor in the workplace, and tighten joint employment standards, among a host of other potential changes.

While it could be some time before the Democratic-run board starts issuing major decisions, the lag will likely be shorter than in previous transitions, given that Prouty and Democratic member Gwynne Wilcox, Biden’s other nominee, are seasoned union attorneys who are already familiar with the agency, according to lawyers who closely follow the NLRB.

“The business community should buckle their seat belts,” said Jerry Hunter, who served as NLRB general counsel under former President . “This board is going to try to exceed where the Obama board went.”

Jennifer Abruzzo, the new Democratic general counsel, has compiled a long list of precedents she’s looking to change, which could make things move even faster. She’s targeting more than 40 Trump-era decisions for reconsideration, creating an incentive for the general counsel’s office to get important cases before the board quickly. Abruzzo also has expressed interest in reviving the NLRB’s authority to order a company to bargain with a union based on signed cards of support from workers rather than a secret-ballot election—a type of order that fell out of favor in the 1960s—which could greatly alter the dynamics of union organizing.

The Obama-era NLRB aggressively advanced pro-union policies, leading some management-side groups to argue it was one of the most partisan in history. The Trump-era board sought to quickly change course, reversing decisions on joint employment, union election rules, and other issues.

Precedent-setting rulings usually don’t immediately follow a change in power on the board, however. Members of the quasi-judicial agency first have to hire staff, if they haven’t already, and acquaint themselves with stacks of cases already in the pipeline. Some of the cases present an opportunity to change precedent, while others deal with garden-variety disputes among workers, unions, and management. 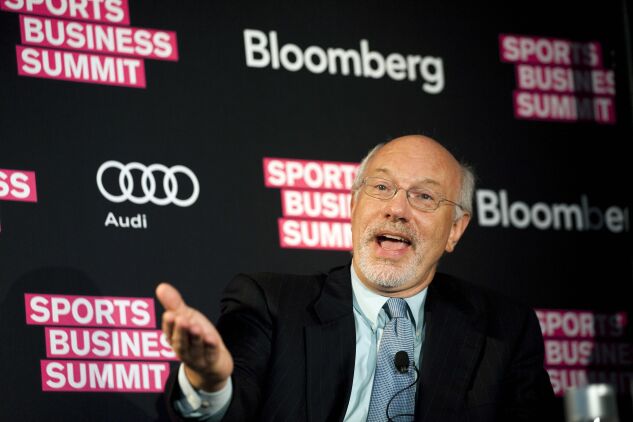 Biden NLRB nominee David Prouty, shown at a Bloomberg event in New York in 2012, is expected to be sworn in as a Democratic board member this weekend.
Photographer: Michael Nagle/Bloomberg

Typically, the board’s executive secretary assembles three-member panels to review cases on behalf of the full board. Some of those panels will include John Ring and Marvin Kaplan, the board’s two Republican members, who could use a mini-majority in certain cases to produce an outcome in favor of management, Hunter said.

He cautioned that Ring and Kaplan could still be overruled by the two remaining Democrats, who may insist on participating.

Some management-side attorneys are banking on recusals to change the outcome of certain cases. Prouty and Wilcox both worked for the Service Employees International Union and other labor-aligned groups whose cases could come before the board and present a conflict of interest—even as Emanuel faces a new round of questions over whether he participated in cases that involved a company or companies in which he owned stock.

Wilcox worked for the pro-union firm Levy Ratner P.C. until her confirmation last month, representing the activist group Fight for $15 in a lawsuit over whether should be liable for labor law violations committed by franchisees and contractors. The $170,000 settlement in that case, which union attorneys thought was too lenient, could be punted back to the board by a federal appeals court.

Under the White House ethics pledge, Wilcox and Prouty are banned from participating in cases involving former clients and employers for two years.

The pace of change “may be tempered by the extent to which new members Prouty and Wilcox are exempt from cases,” said Roger King, senior labor and employment counsel at the HR Policy Association, a trade group representing large employers.

Bloomberg Law reported Thursday that Emanuel was recently interviewed by the Justice Department over allegations that he participated in five cases involving business entities in which he owned stock.

U.S. Attorney General Merrick Garland declined to prosecute Emanuel, according to sources briefed on the matter. The NLRB now must decide how to handle four of the prior rulings, in which NLRB Inspector General David Berry determined that Emanuel had a conflict of interest.

King, who is friends with Emanuel, said in a separate interview that the allegations are “a vindictive response from the inspector general and the ethics officer, given their previously rejected attempt to impeach member Emanuel’s ethics credibility on the joint employer issue.”

The board’s actions could also be shaped by the White House task force on union organizing, which is scheduled to submit a list of recommendations to President by Oct. 23. The panel is exploring ways to use the weight of the federal government to support workers in organizing and collective bargaining.

The Protecting the Right to Organize Act, a sweeping measure to overhaul labor law that was approved in the House in March, would bring major changes to the NLRB, but the legislation has been unable to clear the 60-vote hurdle to advance in the Senate.

(Updated with new information on an ethics probe of NLRB member William Emanuel in the 10th, 14th, 15th, and 16th paragraphs. )