A U.S. inquiry into whether and broke workplace civil rights laws by seeking to double their ranks of Black leaders is at odds with normal Labor Department practice, including the enforcement of a decades-old executive order on affirmative action, legal experts said.

The executive order, issued the year after the 1964 Civil Rights Act, requires that federal contractors maintain affirmative action outreach efforts while barring discrimination in hiring, and contrasts with a recent order by President against “divisive” discussions of race in corporate training.

The DOL’s cited the 1965 order in a letter to Microsoft asking how the software maker would meet its commitment to beef up Black leadership “without discriminating on the basis of race.”

More than half a century after the order was issued, African-American representation in corporate leadership is still woefully low. At Microsoft, Black workers held less than 3% of positions in executive and management job categories as of last year, according to the company’s annual diversity and inclusion report. 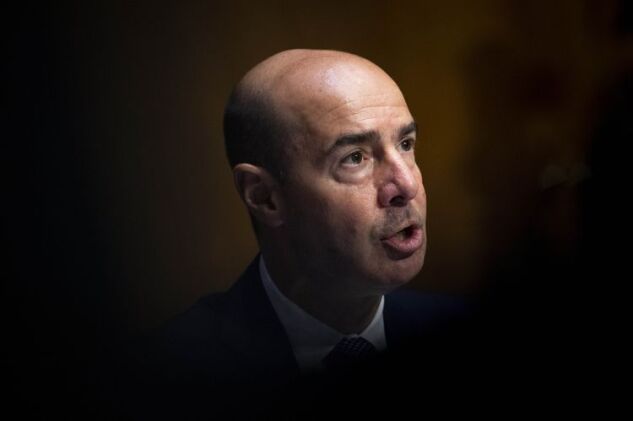 “The government is not authorized to simply demand access to information from Microsoft or other federal contractors,” Fortney said. Labor Secretary “has committed that DOL will follow the rule of law. If OFCCP wants to change how affirmative action operates, then there should be a formal rule-making, including notice and an opportunity to comment,” he said.

Microsoft recently settled DOL claims of discrimination in hiring, agreeing to pay $3 million. But those claims were about disadvantaging minority applicants, while the department’s new inquiries appear to be concerned with the opposite.

Either way, the Microsoft agreement “is not a fishing license for the collection of new data and information,” Fortney said.

, a law professor at the University of Michigan who served in the Justice Department’s Civil Rights Division under President Barack Obama, called the Labor Department’s letters “a perversion of what they were set up to do.”

“If you look at what Microsoft says it’s doing, they’re making sure that they have a sufficient pipeline of people, so that when it comes time to make promotion decisions, they’re not arbitrarily excluding African Americans and minorities from management positions,” Bagenstos said.

Bagenstos, who served as a law clerk for Justice Ruth Bader Ginsburg when she sat on the Supreme Court, said that’s what the law requires.

“I think the best way to think about this is another one of those Trump culture war acts that are being taken right before the election,” he said.

A Labor Department spokesperson said in a statement on Tuesday that OFCCP “looks forward to working with Microsoft” to complete its inquiry and that it “appreciates Microsoft’s assurance on its website that it is not engaging in racial preferences or quotas in seeking to reach its affirmative action and outreach goals.”

The office “will not comment at this time on other possible inquiries,” spokesperson Edwin Nieves said in a statement on Wednesday. “OFCCP will send letters to other contractors where it determines a similar inquiry is necessary to confirm that race or sex-based hiring preferences or quotas are not being used.”

Microsoft said on Tuesday its diversity pledges are legal. Wells Fargo, too, said it is confident its diversity efforts “comply with U.S. employment laws.”

The federal outreach highlights Trump’s opposition to many programs meant to fight discrimination against the Black community and improve the poor track record of many U.S. companies in hiring, retaining and promoting African-American employees. On Sept. 28, the OFCCP announced it had created telephone and email hot lines for employees to report “offensive and anti-American race and sex stereotyping and scapegoating,” as part of the enforcement of a recent executive order banning federal contractors from conducting “divisive” trainings.

Among the concepts the president’s executive order labels “divisive” are that “the United States is fundamentally racist or sexist” or that an individual “bears responsibility for actions committed in the past by other members of the same race or sex” are divisive.

The Labor Department letters “are pretty clearly intended to make happy certain supporters of the president who believe that efforts to increase diversity and affirmative action are all going too far,” said , an employment law partner at Paul Hastings.

Supreme Court rulings dating back to the Carter administration have established legal grounds for employers trying to follow the 1965 executive order on affirmative action to do so without violating the Civil Rights Act’s bar on discrimination in hiring, Gage said. Set against suspicions like the president’s, those forces have created an “inherent tension” for employers, most of which “are really just trying in good faith to navigate all these tensions,” he said.

To the extent that the administration is enforcing the laws against discrimination in hiring, it’s doing its job, Gage said. But if it was just “pronouncements from a CEO or a board that the company is taking steps to expand opportunities and increase diversity,” that isn’t a sign of illegal hiring practices, he said.

Other companies, including some with federal contracts, have announced similar diversity programs. ’s Google aims to have 30% more leaders from “underrepresented groups” by 2025, and has said it is targeting increasing the representation rate of Black employees by 20% while boosting other underrepresented groups over the next three years.

‘Do the Right Thing’

There is ample precedent for the Labor Department office to claim examples of discrimination against Whites during an audit, both in the Trump administration and previous administrations, said , of Roffman Horvitz, who has practiced OFCCP law for 24 years. But the office doesn’t have the authority to launch an investigation into a company based on public statements without a formal complaint about its specific hiring practices.

In 2018, a federal court found that the office violated the Fourth Amendment’s protections against unreasonable searches and seizures when it scheduled an audit out of order. Acting on public statements such as Microsoft’s, without a complaint or scheduled audit, would likely amount to a similar violation, Horvitz said.

Still, Horvitz said, however good their intentions, companies do face risks when they talk about hiring targets.

“Employers are trying to do the right thing, and they feel stymied,” she said. “They are struggling with how to recruit more minorities and to do a better job in recruiting, and hiring and promoting and advancing, while still facing the legal hurdles imposed by Title VII.”