Republicans and the White House are counting on Senate Majority Leader reconciling GOP differences with a draft coronavirus relief package that they can take into negotiations with congressional Democrats.

McConnell is set to introduce as soon as Thursday a collection of bills that would represent the Republican counteroffer to the $3.5 trillion plan that Democrats passed in the House.

“What the leader has decided he wants to do is to have a handful of bills now rather than just one bill,” Missouri Senator , a member of the GOP leadership, said Wednesday after a meeting with Treasury Secretary and White House Chief of Staff . “The goal is tomorrow.” 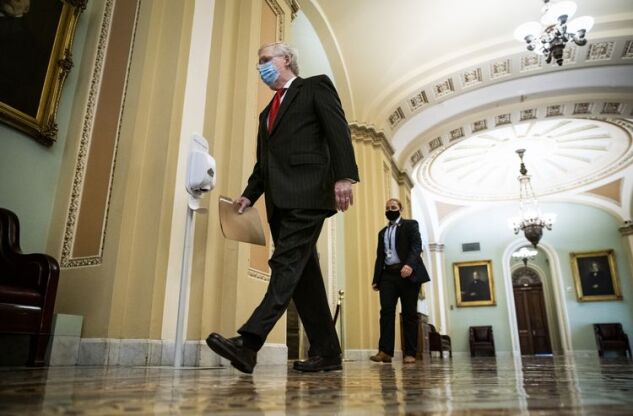 That meeting with Blunt, Senate Appropriations Committee Chairman of Alabama, and Health, Education, Labor and Pensions Chairman of Tennessee, was one of a series between President ’s two emissaries and Republican lawmakers. It settled the spending portion of the Republican plan, though some other major details have yet to be resolved.

”We’ve now had three days of meetings and we’re completely on the same page,” Mnuchin said.

Mnuchin, Meadows and the lawmakers involved in Wednesday talks said nothing about the payroll tax holiday that President has said he wants in the package, which has gotten a cool reception from many Republicans and is opposed by Democrats. 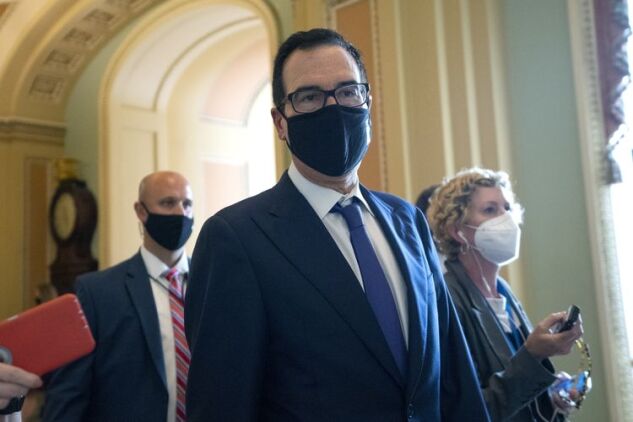 Steven Mnuchin speaks to members of the media as he leaves the office of Mitch McConnell, at the U.S. Capitol on July 21.
Photographer: Stefani Reynolds/Bloomberg

And Republicans are still at odds over whether and how long to extend supplemental unemployment insurance, which runs out in days.

Trump and Congress are facing a time crunch to keep the economic damage from the resurgent pandemic from worsening before the November elections. Programs in the last stimulus, passed in March, are beginning to expire and lawmakers are scheduled to leave town for an August break in less than three weeks.

Reaching agreement on the spending portion of the proposal covers a broad swath of the Republican plan. Among the provisions, according to negotiators, are another round of direct payments to individuals; $105 billion in aid for schools, some of it earmarked for those that reopen classrooms; and $25 billion to expand virus testing.

Mnuchin had set a goal of final passage of virus relief legislation by the end of the month. But that’s an ambitious target given resistance from some GOP senators about still more deficit spending and how far apart Democrats and Republicans are on the price tag for another stimulus.

It’s not clear whether McConnell will try to call a vote on the GOP proposal or go straight into negotiations on a compromise plan with House Speaker and Senate Democratic leader . Any final plan will need the support of Democrats to pass the House and Senate.