National Labor Relations Board rulings from the Trump era worked against , with the board citing business-friendly precedent from recent years to find that the electric car company violated federal labor law.

The NLRB on Thursday upheld several unfair labor practice findings from an administrative law judge’s decision against Tesla, but it also found an additional violation where the judge did not. The board said the company’s rule prohibiting workers from talking with the media ran afoul of its case law for such policies.

The board had retooled its legal framework for deciding whether seemingly neutral workplace rules violate the National Labor Relations Act in its 2017 ruling in Boeing. The ruling on Tesla’s media-contact policy further fleshes out how that type of rule fits under the general standard for workplace policies.

The NLRB was criticized by unions and Democrats for aggressively rewriting board law during the Trump administration to the benefit of employers over workers and unions. Yet the board’s ruling in the Tesla case seems to refute oversimplified stereotypes about the current Republican majority and the impact of its rulings.

“The decision is a signal to employers there are limits even with an extremely pro-employer board,” said Anne Lofaso, a law professor at West Virginia University and a former NLRB attorney. “The board still has to interpret the act within the bounds of the English language or a court will overturn it.”

The NLRB’s Republican majority, which has been in place since 2017, is set to lapse in late September when a Trump appointee’s term expires. The Biden administration named the board’s only Democrat as chairwoman and can try to install a Democratic majority in the fall.

“As political as the NLRB often is, it’s not always that way,” said Jeffrey Hirsch, a workplace law professor at the University of North Carolina. “Yes, it’s important when the law changes. But that doesn’t mean that some of these cases won’t end with unfair labor practices, either.”

While the Boeing standard gives employers more leeway than the board’s previous test for workplace rules, it left a lot of room for interpretation as it’s applied to particular policies, said Hirsch, a former NLRB attorney.

The Tesla ruling tells employers what to avoid when crafting a media-contact policy that’s lawful under the NLRA, Hirsch said. It also serves as a reminder that federal labor law protects workers regardless of union representation, he said.

An official for the United Auto Workers, which brought the unfair labor practice charges against Tesla, called the ruling a “great victory for workers.” But the three years it took to get a ruling reveals structural problems with labor law, Cindy Estrada, a UAW vice president, said in a statement.

Tesla, which has denied wrongdoing, didn’t respond to a request for comment. The company can appeal the NLRB’s ruling in federal circuit court.

The NLRB previously carved out one issue in the Tesla case—whether the company unlawfully barred workers from wearing UAW shirts—to handle separately. The board is using that portion of the case to reconsider its case law on employer rules that prohibit union insignia in the workplace.

On Thursday, the NLRB upheld most of an administrative law judge’s September 2019 ruling against Tesla. The NLRB held that Tesla acted unlawfully when it fired a union activist; interrogated and disciplined workers; issued a new restriction in response to workers exercising their labor law rights; and by threatening workers against unionizing via a tweet from company CEO .

The board ordered Tesla to delete Musk’s tweet, citing its decision from last year that told the company that operates the conservative online magazine The Federalist to delete its publisher’s unlawful tweet.

Still, the board overturned parts of the judge’s holdings that Tesla acted unlawfully by asking for workers’ grievances and implying that it could remedy them; by threatening that unionizing would be futile; and by stating that most workers didn’t want a union while also questioning why they’d want to pay dues.

The judge didn’t analyze the media-contact policy, instead ruling that the company’s confidentiality rule was legal under the Boeing framework.

The three-member NLRB panel split on the legality of the media-contact rule. Chairwoman , the board’s only Democrat, and John Ring, a Republican who led the board during the Trump administration, agreed that the directive was unlawful.

The NLRB cited two of its rulings that applied Boeing to such rules: its 2019 LA Specialty decision, which signed off on the rule at issue, and its 2020 opinion in Maine Coast Regional Health Facilities, which struck down the policy. 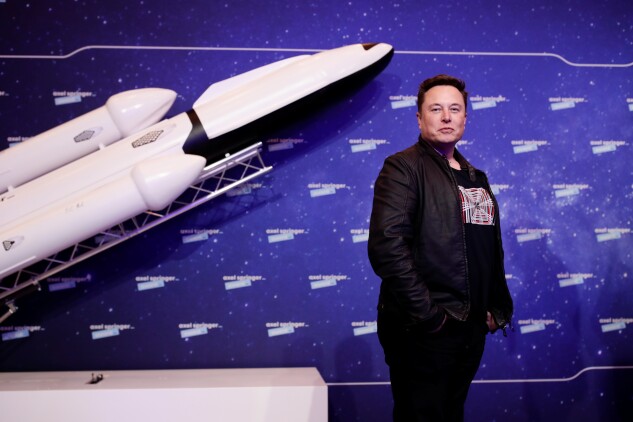 Tesla CEO Elon Musk poses on the red carpet at an event in Berlin in December 2020.
Photographer: Hannibal Hanschke-Pool/Getty Images

Tesla’s media-contact rule was more like the one in Maine Coast, as it similarly failed to limit the command against talking with the media to those situations when the worker would reveal confidential information or purport to speak on the company’s behalf, the board said.

Republican member William Emanuel dissented from that part of the decision, saying that reasonable workers would view that directive to apply just to confidential information.

The ruling suggests that Ring is laying the groundwork to persuade a future Democratic-controlled NLRB that the Boeing framework is effective and doesn’t need to be struck down, said Michael Green, a law professor and director of Texas A&M University’s Workplace Law Program.

“He could also be spelling out some reasonable application of Boeing while also sending a message to employers that you can still protect your interests without violating the act and should do that or face Boeing being overruled,” Green said.