Ten former National Football League players, including former Washington Redskins running back , were charged with cheating an NFL health care program for retired players out of millions of dollars by faking the purchase of expensive medical equipment like hyperbaric oxygen chambers and ultrasound machines.

They even put in for an electromagnetic therapy device designed for horses, the U.S. Justice Department said.

The 10 players submitted more than $3.9 million in false reimbursement claims in 2017 and 2018, according to a pair of federal indictments unsealed Thursday citing charges of wire fraud, health care fraud and conspiracy to commit both. The U.S. named two more players it said it would charge.

The dozen included those who recruited other players eligible for the health plan -- submitting or helping them submit fake claims and then taking a cut of the payments -- and those for whom the claims were made, the U.S. alleged. Some were both recruiters and claimants. Some impersonated others over the phone to check on the status of their claims. 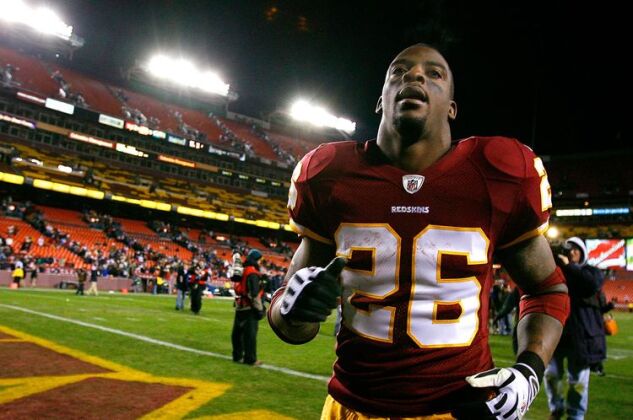 “By defrauding the plan and treating it like their own personal ATM machine, sadly, the defendants placed the plan’s tax-exempt status at risk and threatened the ability of law-abiding former players to continue to receive tax-free reimbursements for legitimate medical expenses for themselves or their families,” Assistant Attorney General said in a statement.

The plan’s tax-favored status was contingent on cash payments to participants being made only for legitimate medical expenses, according to the U.S.

Portis “had no knowledge that his participation in what he believed to be an NFL-sanctioned medical reimbursement insurance program was illegal,” his lawyer, Mark Dycio, said. “He is completely taken aback by the indictment and will move forward with the process of clearing his good name and those of his fellow NFL alumni.”

Beyond the dozen players named, one of the indictments included the initials of three players the government says took part in the scheme and who may yet be charged. No current players are believed to have been involved, the U.S. said. It said the investigation continues.

Claims of $40,000 to $50,000 were common, the government said. Forged documents submitted for reimbursement included bills from medical equipment companies as well as letters and prescriptions from health care providers.

The total loss to the health plan was $3.4 million, according to Robert Duncan, U.S. attorney for the Eastern District of Kentucky. The alleged fraud stopped when , the plan’s administrator, discovered it and stopped paying. Cigna then alerted federal authorities.

The health care program, the Gene Upshaw NFL Player Health Reimbursement Account Plan, was created after a 2006 collective-bargaining agreement between the NFL’s management and the NFL Players Association to provide benefits to certain retired players, according to the government.

To contact the editors responsible for this story:
at fjohnson36@bloomberg.net