Nominee to be chairperson and member for the Chemical Safety Board Katherine Lemos testifies during a Senate Environment and Public Works Committee confirmation hearing on Sept. 11, 2019 in Washington, D.C.
Photographer: Zach Gibson/Getty Images

The new chairwoman of a federal agency that investigates major industrial accidents has an unusual problem: she’s the only person on its five-member board, and President wants it shut down.

Katherine Lemos said she plans to continue the Board’s work after securing a legal opinion that she can operate as a “quorum of one.”

In her first interview since taking office, Lemos vowed to get the roughly 35-person agency with a checkered-past “off the problem child list,” while promising to be tough on chemical and petroleum industries it oversees.

“I’m not afraid of making recommendations that some people will be less pleased with,” said Lemos, a Republican.

But the resignation May 1 of former interim chair left Lemos as the board’s only member. That adds to a list of agencies as varied as the and the Merit Systems Protection Board whose work has been impeded by unfilled vacancies.

Typically, government commissions and boards need a majority of members present to conduct business. Lemos, citing a legal opinion from the agency’s general counsel, contends she can proceed on her own. She intends to announce her plan to do so at the agency’s next board meeting in September.

The has a pattern of not filling important positions, said , director of public policy for the watchdog group Project on Government Oversight.

“The president is really starving many important agencies, offices and boards of the leadership they need to function efficiently and function well,” said Hempowicz. 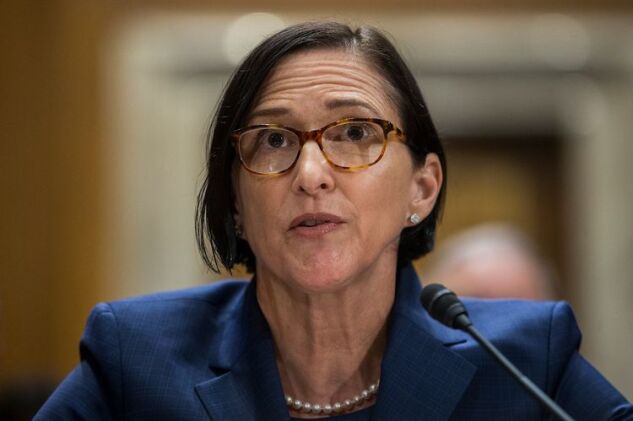 The FEC, which monitors campaign finance and other election laws, briefly had a quorum after Trump appointee James Trainor joined the agency in mid-May. But another Republican member resigned in late June, again leaving it unable to act.

“The White House always seeks to fill critical vacancies with qualified candidates who support the mission of the agency,” the White House said in statement.

The Chemical Safety Board became operational in 1998 and has investigated incidents ranging from ’s 2010 Deepwater Horizon drilling rig blowout to a chemical spill that tainted drinking water for hundreds of thousands of West Virginian residents in 2014. But it’s battled years of staff defections and allegations of dysfunction.

A 2014 congressional probe said the safety board was in disarray and had an “abusive and hostile work environment” that had spurred several staff to resign. It’s also been rapped for moving too slowly on its investigations.

Among its 13 still-open investigations is a June 2019 explosion and massive fire at oil refinery, the largest such plant on the East Coast, believed to have been caused by a corroded pipe that released a flammable vapor cloud. It’s also looking into a 2018 at a refinery in Superior, Wisconsin, that injured multiple people.

Then-chairman in 2015 at the request of the Obama White House and congressional lawmakers from both parties, who cited concerns about retaliation against whistle-blowers and a “state of turmoil” on the board.

In each of his annual budgets Trump has proposed eliminating the agency, currently funded at $12 million -- a move a spokesman for the United Steelworkers union last year “remarkably stupid.” The administration has said the CSB’s work duplicated that of other agencies, and that the board’s focus on regulation had “frustrated both regulators and industry.”

Still, Lemos, 52, who has worked in safety-focused roles at the and the , and most recently in ’s aerospace sector, promises to press on. Despite the president’s desire to kill the agency, Lemos said she’s received nothing but support from the White House Presidential Personnel Office.

“The administration put me in here for a reason, and they gave me the mandate to make this a strong agency,” she said.

A July Inspector General report cast doubt on her plan to carry on the board’s work solo, saying that the “regulatory language lacks clarity” on the matter, and that doing so “impairs the CSB mission for reasons of both workload management and separation of duties.”

Lemos has had bipartisan support. Her nomination was supported unanimously by the Senate Environment and Public Works Committee, and she was for a five-year term by the in March by voice vote.

“We were pleasantly surprised by her selection,” said , a director with the group Public Employees for Environmental Responsibility, which has been critical of the Trump administration’s efforts to kill the safety board. “She actually appears to care about industrial safety. It’s better than it could have been; better than a lot of Trump appointees.”