Ben Penn: Labor Secretary Marty Walsh is one of five Cabinet members President is deploying to sell the administration’s infrastructure plan to the public and work with Congress to turn the $2 trillion vision into reality.

The task squares with Walsh’s resume as a former construction union leader and big-city mayor who promoted large-scale development. But it’s also a high-profile political assignment. Walsh will face an onslaught of union requests, forcing him to leverage and balance his relationships in organized labor, while also managing other priorities central to the U.S. Labor Department.

“He speaks as a construction worker and a mayor and someone with a high level of likeability. There’s an intangible there that not everyone has,” said Transport Workers Union President John Samuelsen, adding that he’s spoken with Walsh several times recently. “He’s emerging as a unique and trustworthy voice to advance Joe Biden’s infrastructure plan.”

Transport Workers is one of many unions with a ton at stake in Biden’s infrastructure push—in whether it creates enough high-quality, safe, and equitable jobs, and whether those jobs will be in unionized workplaces.

Walsh, who talked infrastructure on CNN last week—in addition to hyping the March jobs report on Bloomberg TV—has been diplomatic when asked about his ties to organized labor. That’s a strategic play to avoid alienating anyone so soon.

But as talks yield legislative text, we’ll learn how aggressively pro-labor the administration and Democrats choose to go, and whether the politicking builds Walsh’s Beltway cred or gives him baggage to carry.

A chief union ask is strong Davis-Bacon Act wage protections on federal projects, without carveouts in areas such as renewable energy or investments funded by tax credits.

If such provisions are passed into law, Walsh’s department would face pressure to enforce wage protections and unleash safety inspectors to police construction sites that would get funding.

If Democrats go it alone via the budget reconciliation route—as is increasingly likely, with Senate Minority Leader (R-Ky.) pledging to fight the package “every step of the way"—then inclusion of wage and safety provisions should have a relatively smooth path. Even centrist Sen. (D-W.Va.) has a strong record of supporting union causes, such as prevailing wage standards under Davis-Bacon.

Other workplace elements could surface as bigger sticking points. Language that would limit federal contracts to companies that pledge union neutrality, pay a $15 minimum wage, or don’t force workers to sign arbitration waivers would prompt business lobbyists to apply coordinated pressure on Walsh and the White House.

Regulations on similar procurement policies have proved legally vulnerable, so it would be logical for the administration to try to realize such progressive goals via legislation.

Bruce Rolfsen: An OSHA Covid-19 emergency temporary standard to safeguard workers would have a cascading effect on state and local workplace protections enacted amid the pandemic.

The 22 states and territories with federally approved worker safety agencies would have to adopt the Occupational Safety and Health Administration standard or measures that are at least as effective, said Gabrielle Sigel, co-chair of Jenner & Block’s environmental and workplace health and safety practice in Chicago.

Some of those states already have virus rules, including California, Oregon, and Virginia. Most don’t.

They would have to act quickly if a federal emergency rule is released. OSHA typically gives state agencies six months to implement a new federal regulation, but for emergency standards they get 30 days. 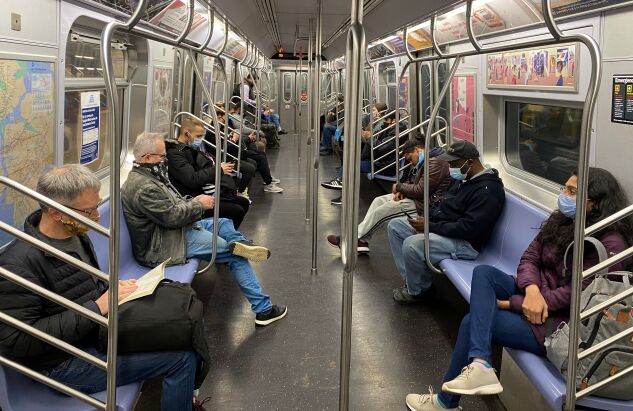 She said she anticipates OSHA wouldn’t try to prevent local and state agencies from continuing to enforce their own measures, as long as they don’t weaken federal requirements.

OSHA hasn’t said whether it has decided a virus standard is justified, but Gina Fonte, co-chair of Holland & Knight’s national workplace safety team in Boston, believes a federal emergency rule “could be well received by states because it would provide a national, uniform, and consistent standard. States wouldn’t be left trying to figure it out on their own.”

Sigel pointed to the Centers for Disease Control and Prevention’s travel order as an example of the federal government mandating non-employee behavior. That order required transportation providers to require masks for passengers in aircraft, trains, and other shared vehicles.

“I think it would be very hard for OSHA to do that, but it’s not inconceivable,” Sigel added.

Two senior Democrats seized on the Government Accountability Office’s critical report to advocate for new leadership at the NLRB.

“Following the mess the last Administration left us in, it’s critical that we rebuild an NLRB that actually protects workers’ rights, not undermines them,” Sen. Patty Murray (D-Wash.) who leads the Senate panel that oversees the NLRB, said in a statement responding to the report.

Democrats may need ammunition from the GAO’s findings to counter the narrative some management lawyers and GOP lawmakers are advancing—that the White House executed a partisan power grab by firing Peter Robb before his four-year term as NLRB general counsel expired in November. 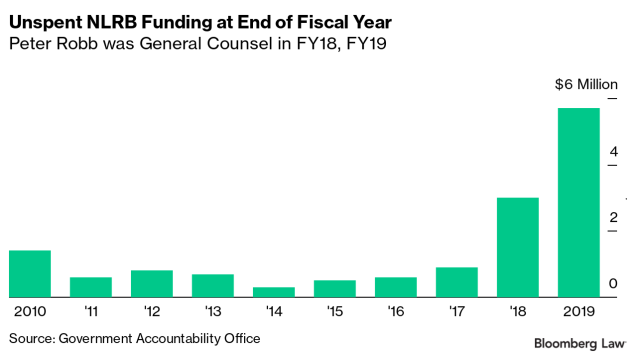 The Biden administration named Peter Sung Ohr as acting general counsel and tapped Jennifer Abruzzo, a former longtime NLRB lawyer who works for the Communications Workers of America, to take over the agency’s legal arm.

During a confirmation hearing, Abruzzo likely will face questions about a union election at the Amazon facility in Bessemer, Ala., and the Protecting the Right to Organize Act, a sweeping bill that would greatly boost the NLRB’s powers.

Yet the lingering acrimony over Robb’s unprecedented Inauguration Day ouster—which has fueled legal challenges to Ohr’s legitimacy—may overshadow other issues.

If Senate Republicans try to make Abruzzo’s hearing all about Robb, then Democrats may weaponize the work of the GAO, a nonpartisan investigative agency that’s known on Capitol Hill for the rigor of its audits.

Rep. (D-Conn.), who heads the House Appropriations Committee, said the report confirmed that Robb was “unfit to manage a federal agency.”

“I am grateful that President Biden understood Mr. Robb’s shortcomings as a manager and relieved him of his responsibilities over the NLRB on the first day of his Administration,” DeLauro said in a statement.

The GAO report backed the findings by the NLRB’s inspector general from last year that the agency had $5.7 million in excess funds for fiscal 2019 because of mismanagement. It also agreed with the IG’s findings that the agency’s explanations were wrong.

NLRB management told the GAO that the plan could address chronic workload imbalances among the regions. Last summer, Robb told Congress that he had no direct hand in its development.

But “several internal stakeholders” at the NLRB said agency management applied pressure to develop the plan by raising the specter of layoffs in regions with lower case intakes, according to the report.