Robert Iafolla: While litigation over Starbucks Corp.’s alleged labor law violations arising from the nationwide union campaign is in its early stages, the National Labor Relations Board is poised to rule on an older case that predates the current organizing wave.

Starbucks’ challenge to an administrative law judge’s decision is fully briefed and pending before the board. The judge ruled last June that Starbucks unlawfully surveilled, interrogated, and retaliated against workers at a Philadelphia location, in an effort to stymie organizing that culminated in the termination of two employees.

Although the case is unconnected to the unfair labor practice complaints that are going to administrative hearings, it still could fuel Starbucks workers’ enthusiasm for unionizing.

The Philadelphia case will also give the NLRB the chance to opine on a legal defense against back pay and reinstatement—the standard remedies for unlawful terminations—based on evidence of worker misconduct obtained after the discharge at issue.

Starbucks denies any wrongdoing in the case. The company also contends that even if the board finds that it unlawfully fired two baristas, it shouldn’t have to provide back pay and offer to rehire them because of newer evidence showing they secretly made audio recordings in the store.

The company said it would have fired them if it had that evidence, in light of Starbucks’ no-recording policy and Pennsylvania law prohibiting recording people without consent.

Administrative Law Judge Andrew Gollin rejected Starbucks’ after-acquired evidence defense because the company previously “knew or had reason to know” the baristas had made surreptitious recordings. Gollin pointed to instances indicating supervisor knowledge, including when one of the baristas texted a manager a transcript of conversations he’d secretly recorded.

But the board has said that an employer’s prior knowledge of misconduct doesn’t prevent it from using that defense, Starbucks argued in a brief.

Beyond violating company policy, the two baristas likely committed a felony under state law with their recordings, making an order to rehire them “unconscionable,” the company said.

The NLRB general counsel’s office, however, said the baristas didn’t run afoul of Pennsylvania law or Starbucks policy, which permit recordings protected by federal law. The NLRB has recognized legal protections for making recordings to preserve evidence of unlawful retaliation, as the baristas did, the GC’s office said in a brief.

Regardless, the company can’t use the defense because it “knew more-or-less” in 2019 that the baristas secretly made recordings and did nothing, the office said.

Representatives for Starbucks and the NLRB general counsel’s office declined to comment.

One of the fired baristas, Tristan Bussiere, said he filed charges to fight retaliation and boost organizing at Starbucks, not to get back pay and his job back.

“If we win, I hope it raises morale for those who face retaliation,” Bussiere said. “And if we lose, I hope people interpret it as a bigger reason to come together.”

Starbucks Fends Off Labor Board Request for Injunction 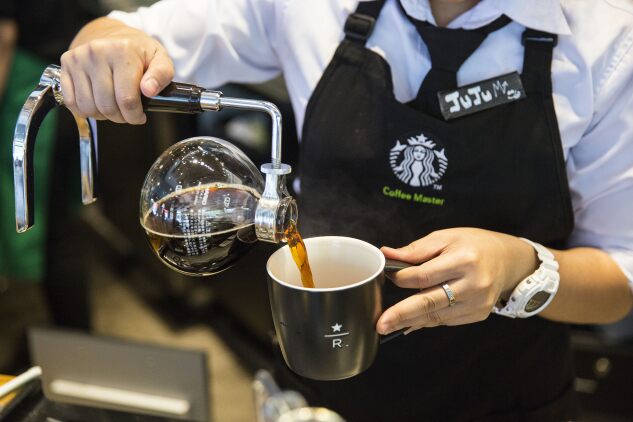 An employee pours coffee from a round glass jug into a mug at a Starbucks Corp. coffee shop.
Photographer: Taylor Weidman/Bloomberg via Getty Images

Rebecca Rainey: The Labor Department’s office of unemployment modernization has released an early list of findings and recommendations from its state-level audits of two dozen states, identifying where those unemployment systems should improve.

The findings from the office’s so-called “Tiger Teams” of unemployment experts, obtained by Bloomberg Law, are the first detailed list of results from the $2 billion unemployment insurance modernization effort launched by the Biden administration.

Congress instructed DOL to shore up the federal-state unemployment system in 2021 after workers laid off during the Covid-19 pandemic faced long delays in receiving unemployment benefits, and billions of dollars in benefits were defrauded from states.

Last week, the Government Accountability Office added the unemployment insurance system to its list of federal areas at “high risk” for “waste, fraud, abuse, and mismanagement, or in need of broad-based transformation.”

Gene Dodaro, comptroller general of the United States and the head of the GAO, said in a statement that while DOL is considering changes to the system, “GAO is concerned that many long-standing problems may go unaddressed.”

The modernization office deployed the “Tiger Teams” to 24 states in its first year, with the goal of improving access to, improving delivery of benefits from, and fighting fraud targeting the nation’s 53 state-run UI systems. The agency hopes the findings can be used by other states experiencing similar issues with their UI systems, but also said that the updates, so far, aren’t enough to prevent the headaches experienced during the pandemic.

Recommendations for state UI agencies include: