Rebecca Rainey: Unions representing rail workers in a highly consequential contract dispute want Congress to stay out of the fight, arguing that rail companies are using the supply chain to force Congress to give the companies a better deal.

Thousands of rail workers could strike as soon as Friday if rail unions and carriers this week can’t resolve some major sticking points in the negotiations—such as work schedules and sick leave—in a dispute that threatens to cripple the nation’s supply chains.

Four of the 12 unions involved in the contract fight couldn’t reach a tentative agreement with freight carriers during sit-down meetings last week, according to the rail companies.

Businesses are now calling on Congress to take action, warning of severe economic consequences and even more supply chain disruption. Already, some railroads have notified shippers that they would embargo certain shipments starting Monday, which unions say amounts to “corporate extortion” and is aimed at forcing Congress to intervene.

The Transportation Division of the International Association of Sheet Metal, Air, Rail and Transportation Workers and the Brotherhood of Locomotive Engineers and Trainmen, Teamsters Rail Conference, emphasized that they have to reach an agreement with rail carriers that their members will actually vote to ratify.

“Congress should stay out of the rail dispute and tell the railroads to do what other business leaders do — sit down and bargain a contract that your employees will accept,” they said in a statement Sunday.

Congress can prevent rail workers from striking and has done so before, as in 1986 when lawmakers said rail workers couldn’t strike for an additional 60 days to continue negotiations with the Maine Central Railroad Union.

The more than two-year fight between rail unions and train carriers prompted the intervention of a Presidential Emergency Board, which released a set of contract recommendations for the parties last month.

The emergency board report recommended a contract agreement that would provide annual wage increases and bonuses to rail workers retroactive to 2020, as well as some expanded benefits and travel coverage.

But the unions say the recommendations don’t go far enough.

SMART and BLET also said: “Penalizing engineers and conductors for getting sick or going to a doctor’s visit with termination must be stopped as part of this contract settlement.” 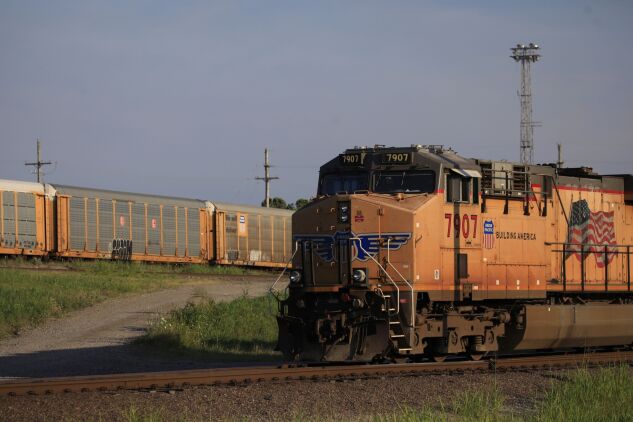 Bruce Rolfsen: Nearly two years into the Biden administration the president has no appointees for the two independent judicial panels that hear appeals of workplace safety and mine safety violation cases.

The lack of Senate confirmations, and the slow nomination process, has left the Federal Mine Safety and Health Review Commission without a quorum as of Aug. 30, resulting in the panel unable to hear appeals of administrative law judge decisions. The commission has five seats, but only two are filled.

Meanwhile, the Occupational Safety and Health Review Commission has two of three seats filled. While those two members can take up appeals, a controversial case could result in a tie vote, something that already happened in June.

The mine commission lost its quorum when Arthur Traynor’s term expired. Traynor was nominated by President Donald Trump and worked as a United Mine Workers of America attorney before joining the commission. President Joe Biden appointed him chairman.

But if an employer, the Mine Safety and Health Administration, or two commissioners have issues with an ALJ’s decision and want the full commission to consider the case, that review will be on hold until there is a quorum, Stewart said.

Biden has nominated three people to the mine safety commission: Mary Lu Jordan, who first joined the panel in 1994 and whose most recent term expired in August 2020; Timothy Baker, associate general counsel for the UMWA; and Moshe Marvit, a supervisory attorney adviser on the commission’s legal staff.

Jordan and Baker won approval from the Senate Health, Education, Labor and Pensions Committee in February, while Marvit is awaiting a hearing.

Jordan and Baker’s nominations could have been approved by the Senate in June when they were scheduled for a vote on noncontroversial nominees. But that effort died when Sen. Mike Braun (R-Ind.) objected, saying he wanted complaints about the commission’s operations investigated before voting on the two nominees.

The terms for the two sitting commissioners—William Althen and Marco Rajkovich—expire in August 2024. Both practiced law for employer-side firms before joining the commission.

At the Occupational Safety and Health Review Commission, Chair Cynthia Attwood and Commissioner Amanda Wood Laihow can take up appeals of administrative law judge decisions, but in the event of a tie vote, the ALJ’s decison stands.

That happened in June when they disagreed on the legal meaning of “on or about” in a case in which the employer alleged OSHA missed a deadline for issuing a citation.

There is no nominee for the empty safety commission seat. Biden had nominated attorney Susan Harthill in October 2021, but Harthill withdrew her nomination in April 2022 while awaiting a confirmation vote and accepted a US Labor Department post overseeing the Administrative Review Board.