Ben Penn: When the three primary federal workplace enforcement agencies gather employers and the media to discuss a joint objective—as will happen this week—it’s clear the administration wants to send a strong public signal.

This one’s about retaliation against workers, and it’s prompted questions from the employer community about how far-reaching it will be.

The Department of Labor, National Labor Relations Board, and Equal Employment Opportunity Commission announced last week they’ll host an “online dialogue” Nov. 17 as a kickoff for the enforcement push.

The list of high-powered speakers alone is enough to suggest the event is more than a typical check-the-box outreach that puts employers on notice before the government drops the hammer.

Management reps are uncertain what to make of this. Some are too deep in the weeds in the legal battles over the vaccine-or-testing rule to consider the significance.

Others are skeptical the agencies’ conciliatory tone in bringing employers to the table will quickly translate into tough enforcement, absent clear and uniform guidelines.

Many hope this will be another sign of the administration’s labor team engendering a less adversarial relationship with well-intentioned employers, but they’ll be paying close attention to the front-end message before the agencies begin coordinating investigations and prosecutions of companies that infringe on workers’ rights.

“EEOC has historically taken a very broad view of what constitutes unlawful retaliation—often broader than what courts have found unlawful—and all indications are that the NLRB and DOL will take a similarly broad view,” said Jim Paretti, a shareholder at Littler Mendelson and former chief of staff to an EEOC acting chair. “If they take this expansive view, I would hope they offer clear guidance to employers as to what is and what is not expected of them in preventing and responding to allegations of retaliation.” 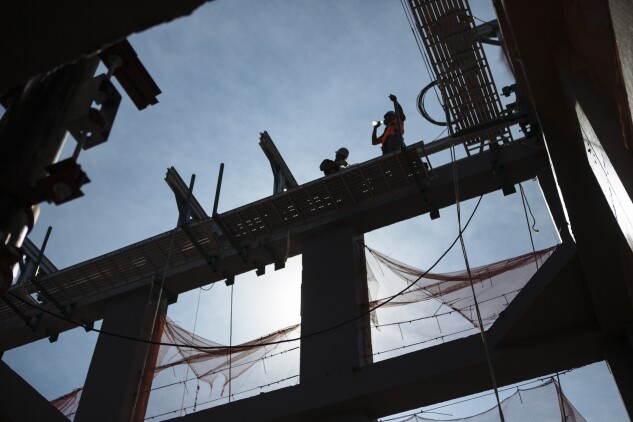 
Another noteworthy feature of the initiative is that its obvious beneficiaries—undocumented workers—weren’t mentioned in the agencies’ joint announcement.

Immigrant workers are often the most vulnerable to retaliation for asserting their rights on the job because an unscrupulous employer can intimidate them with deportation threats. Enforcement officers of DOL, NLRB, and EEOC view this form of retaliation as an endemic obstacle to rooting out the most egregious violations of workplace standards.

Launching a broad anti-retaliation strategy by holding court with employer representatives may represent the government’s search for employers eager to partner in efforts to combat the scourge of businesses exploiting undocumented workers.

Management could emerge as a powerful ally in this campaign, especially if they tip off the feds when they suspect a competitor is unlawfully suppressing labor costs on the backs of workers who are too terrified to speak up.

Paige Smith: It’s been easy to overlook amid the big-money legislative negotiations on Capitol Hill that mandatory arbitration agreements are getting more attention.

Three separate committees touched on the topic recently over the course of a single week, and the House Judiciary Committee is slated to hear testimony Nov. 16 on how arbitration agreements hinder workers from coming forward to report harassment at work.

Many businesses include mandatory arbitration clauses in employment contracts, a practice that’s gained more attention in the #MeToo era for serving as a barrier for workers wishing to bring sexual harassment or discrimination complaints against their employer.

Recent data showed a 66% rise from 2018 to 2020 in instances where workers resolved allegations of workplace misconduct through arbitration.

Legislative momentum is building to curtail the agreements. Separate measures limiting how they can be enforced received committee sign-off earlier this month—one by House Judiciary, the other by its Senate counterpart. 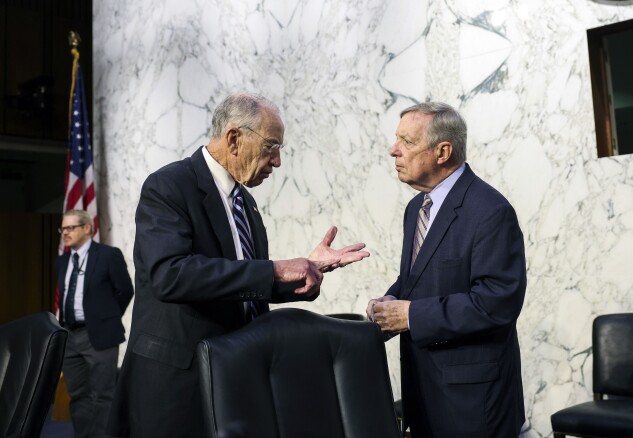 So much activity on one topic in a short period is unusual, and raises the question of whether it could translate into legislation capable of winning support in both chambers.

“Forced arbitration strips Americans of their rights, silences victims, and allows corporations to break the law and get away with it,” Linda Lipsen, CEO of the American Association for Justice, said in an email. “Members of Congress from both sides of the aisle are recognizing the groundswell of opposition to this corporate abuse.”

The legislation Senate Judiciary advanced Nov. 4 would specifically ban enforcement of the agreements if a worker is alleging workplace sexual harassment or assault. It received bipartisan support, including from the committee ranking member Chuck Grassley (R-Iowa).

“All victims of sexual assault or sexual harassment deserve to have their voices heard and to have the option to go to court if they so choose,” he said in his opening statement. “Mandatory arbitration shouldn’t be enforceable in these cases. Under the bill, individuals who want to arbitrate their claims will still be able to do so.”

Several states, including New York, have tried to ban arbitration for these kinds of claims, but federal law has preempted some of those measures.

The U.S. Court of Appeals for the Ninth Circuit revived a California law in September that prohibits employers from retaliating against workers who don’t sign arbitration agreements as a condition of employment.