Pentagon workers may see shifts in schedules, the ways performance is measured, and office layouts once they begin returning to work as the pandemic eases.

Top officials are now considering changes that could be worked out and phased in for personnel after the department releases a general plan for resuming operations, said , the chief management officer of the Defense Department.

The initial plan to bring employees back to the Pentagon building may be completed this week, laying out conditions and steps required to ease telework. For now about 80% of the department’s 23,000 personnel are working remotely.

“Should we think about shift work where maybe you come in to do some classified work in the morning and then you work the rest of the time from home?” Hershman said in an interview Monday. “Do we need to rethink performance targets and metrics and how do we measure performance?” 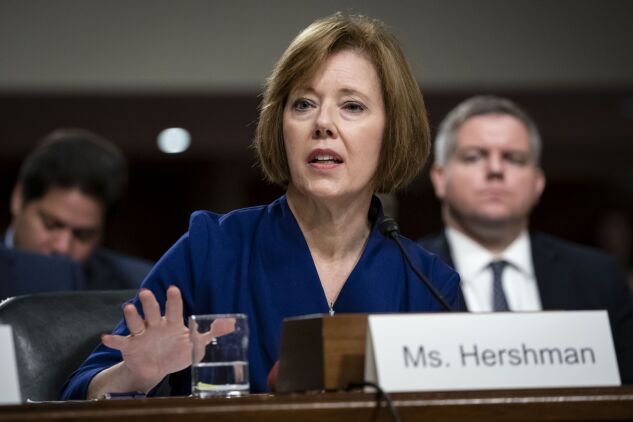 A draft of the reopening plan laid out a return to normal after three two-week periods of falling infection rates along with such civilian steps as schools opening or out of session, increased public transportation, and the lifting of stay-at-home orders in Virginia, Maryland, and the District of Columbia.

But the department is still sorting out what that new normal may look like for workers, and that may take weeks or months. Many defense officials, citing high productivity, have said they expect the expansion of telework to remain in the future.

Hershman said a survey by her office found, for example, that Washington Headquarters Services personnel who telework are 30% more productive. That prompted discussions about remote shift work as well as modifying performance reviews, targets, and metrics.

Rearranging office spaces to ensure personnel are safe is also very likely and the department is working with other areas of the federal government on benchmarks and planning, Hershman said.

“We may do this in iterations and we may pilot some things and try them in certain areas and then roll them out,” she said.

The plan for resuming operations in the Pentagon would be a first step toward easing restrictions put in place at the start of the pandemic and is based on the reopening guidelines the White House and the Center for Disease Control and Prevention set out.