A former sales representative accused Oracle of age and sex bias in a lawsuit filed in federal court, one of 457 cases filed last week.
Kim White/Bloomberg via Getty Images

was sued by a 66-year-old sales representative who alleges that despite her successful record, she was subjected to intimidation and marginalization and wrongfully fired because of her sex and age.

The lawsuit is among about 457 new labor and employment cases filed in federal courts Feb. 10-16, up slightly from 453 the previous week. 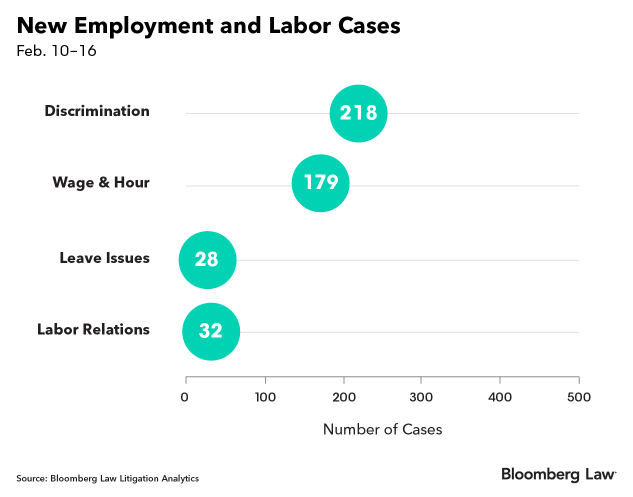 To contact the reporter on this story: in Washington at charasty@bloomberglaw.com