The Biden administration must answer for a multiagency investigation into potential labor trafficking of unaccompanied migrant children released from government custody, according to lawmakers from both parties.

Members of Congress expressed outrage after Bloomberg Law reported Thursday that federal officials are probing whether the Department of Health and Human Services released teens to labor traffickers who forced them to work in poultry-processing facilities in Enterprise, Ala., Woodburn, Ore., and other locations.

“This is intolerable,” Rep. said in a statement. “As a member of the Agriculture and Homeland Security committees, I am calling for a briefing from HHS for more information.” Correa sent a letter to HHS Secretary Xavier Becerra on Thursday demanding to know whether the alleged trafficking occurred and, if so, where the children are now. 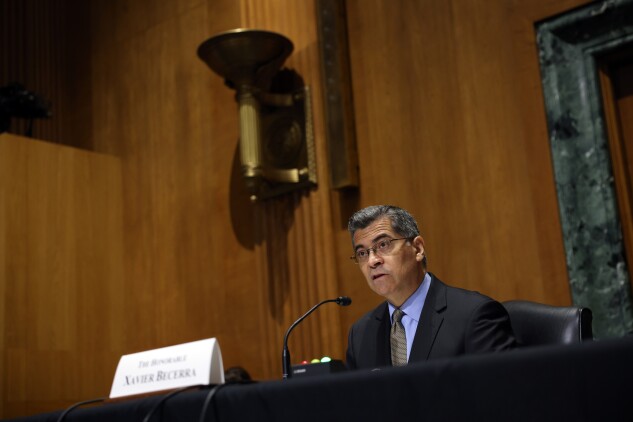 HHS is working with the Justice Department and other agencies on the probe, and hasn’t yet responded to Bloomberg Law’s questions about the investigation. An HHS spokeswoman responded to an inquiry Thursday by saying the agency “is working on an update, but may have to circle back with you in the coming days.”

The agency’s Office of Refugee Resettlement cares for unaccompanied children apprehended at the border and places them with family members or other sponsors.

The Senate Homeland Security and Governmental Affairs Committee, which investigated a 2015 trafficking incident, is looking into the new allegations, an aide said.

Sen. (Ohio), the panel’s top Republican and the leader of the previous Senate investigations, said he’s been pushing HHS and the Department of Homeland Security for years to increase protections for unaccompanied children.

“This was predictable and preventable, as I warned the administration in a bipartisan letter in March reiterating the administration’s duty to ensure these children do not fall victim to trafficking, abuse, or other harm,” he said in a statement, referencing a letter with Sen. (D-Del.).

Rep. , the top Republican on the Homeland Security Committee, expressed similar frustration, and noted that he and committee colleagues have also pressed HHS and DHS to improve their vetting of sponsors for unaccompanied children.

“I am extremely concerned for the health, security, and treatment of children currently in the care of the United States Government,” he said in a statement Friday.

Rep. , whose district includes the city of Enterprise, said he’s reached out to the Alabama attorney general’s office on the issue and is seeking more information.

“Reports of potential labor trafficking of unaccompanied minors in my hometown of Enterprise are horrendous and demonstrate that no area of our country is safe from President Biden’s dangerous border policies,” he said in a statement. “I’m thankful that federal law enforcement officials are investigating the matter, and I hope any individuals committing this heinous crime are prosecuted to the fullest extent of the law.”

The Democratic congressman who represents Woodburn, Rep. , urged anyone with information about the situation to contact law enforcement. He said in a statement that he supports federal agencies’ efforts to “get to the bottom of this horrific situation to ensure the individuals involved in this reprehensible crime are held accountable.”

“Senator Wyden, after the past several years of concerning reports of abuse, is also currently exploring ways to strengthen protections for children released from ORR care,” she wrote. “Specifically, he supports greater follow-up by ORR with children following their release, as well as more post-release services to add further safeguards and opportunities for children to report abuse.”

Republicans blame President Joe Biden’s border policies for the increase in unaccompanied minors at the border. Biden halted most border wall construction on his first day in office, and U.S. authorities this year began exempting unaccompanied children from Title 42, the public health authority allowing for the immediate expulsion of many migrants arriving at the border during the pandemic.

Rep. , the top Republican on the House Homeland Security Committee’s border subcommittee, is calling for his colleagues in Congress to launch an investigation.

New concerns about potential trafficking come as U.S. authorities reported more than 90,000 encounters with unaccompanied minors in the first nine months of fiscal 2021, already exceeding the fiscal 2019 record of 76,000.

To contact the editors responsible for this story: at bkohn@bloomberglaw.com; at ayukhananov@bloombergindustry.com