The federal labor board’s Democratic majority has embraced seeking public input when the board contemplates overturning precedent, even though that will slow its efforts to reverse pro-employer decisions from the Trump era.

In an exclusive interview, National Labor Relations Board Chair discussed the Democratic majority’s commitment to inviting public briefing, a practice the previous board majority skipped for some of its most significant decisions. The choice to seek input on any particular matter depends on weighing drawbacks against what the board and the broader public can gain from the process, she said.

“Obviously there is a case-by-case determination to be made,” McFerran said. “My personal perspective is that I do tend to err on the side of seeking public input.”

How frequently the NLRB calls for briefing could play a role in how swiftly the new majority revamps labor law and the amount of credibility its rulings have. General Counsel Jennifer Abruzzo has set forth an ambitious agenda, targeting more than 40 Trump-era decisions for reconsideration.

Working as an adjudicative agency, the NLRB sets most labor law rules through rulings in individual cases, while the general counsel acts as a prosecutor advocating for certain readings of the law. Precedent often flip-flops between labor- or management-friendly interpretations depending on partisan control of the board. That back-and-forth process is sometimes known as “policy oscillation.”

The NLRB has called for outside briefing five times during the four months since it came under Democratic control. The board has asked for input on cases that could change board law for deciding employment status, the legality of workplace rules, the appropriateness of smaller bargaining units, the availability of consequential damages for labor law violations, and the lawfulness of confidentiality clauses in arbitration agreements.

The NLRB sought public input 11 times over the 50 months it was under Republican control during the Trump administration. The GOP-led board didn’t invite briefing in at least 10 precedent-setting cases—including decisions setting standards for determining employment status, the legality of workplace rules, and the appropriateness of smaller bargaining units—which drew scathing dissents from McFerran when she was in the minority.

McFerran told Bloomberg Law that there’s some debate on the board about how strong a norm it is for the NLRB to solicit views from non-parties to a potentially precedent-setting case.

But what most concerned her about the Trump NLRB’s approach was when it didn’t seek input for cases in which no party had asked the board to reconsider precedent, or when the scope of the precedent that was reconsidered went beyond the facts or issues presented in a case, she said.

“I’ve always felt that those were circumstances when we had a particular obligation to be transparent and to seek public input,” she said.

The chief benefit of inviting outside input is to gain additional perspectives and experiences beyond those of the general counsel and the parties to the case, McFerran said.

Many people view every issue that comes before the NLRB as a “simple dichotomy between labor and management, and that’s not necessarily the case,” she said. A unionized employer that’s participated in collective bargaining, for example, may have a much different view than a non-union employer. 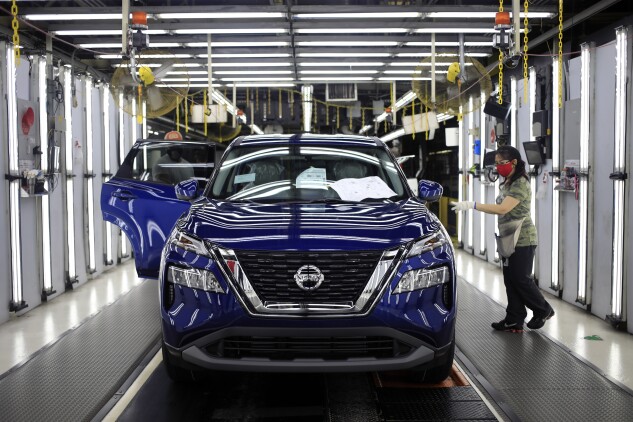 Another advantage is that it brings some transparency to the NLRB’s somewhat opaque process, which can increase the agency’s credibility with the public, McFerran said.

The NLRB often seems like “this mysterious, inaccessible entity” because members, as a routine, stay quiet about the board’s ongoing work to protect the integrity of their decision-making process, she said. Asking for outside input demonstrates the board is willing to consider a variety of perspectives on a particular issue.

“When we are careful to be more transparent and to seek public guidance when we can, I think that can enhance public confidence and increase public acceptance of the board’s ultimate decisions,” the NLRB chair said.

Regardless of the benefits, opening a case to public briefing also has its drawbacks, McFerran said.

“Inviting public comment does slow down the board’s process for considering a case, as we get a lot of paper we need to process and consider,” she said. “That is a resource issue for our staff that trades off with our ability to decide cases efficiently.”

There is also the issue of limiting the range of views represented by outside briefs to primarily “sophisticated actors,” because the format follows a standardized procedure that generally requires a lawyer to properly complete, McFerran said.

Given the need to balance pros and cons, there are several situations when a case tees up a precedent for reconsideration but might not merit inviting public input, she said. Those include cases in which the board has already sought briefing on the same issue; cases on remand from a circuit court that constrain what the board can do; legal issues that are relatively minor in scope; and issues that are binary such that the parties adequately represent those perspectives.

“Obviously, that’s not an exhaustive list and everything is context-specific when you’re talking about adjudication,” McFerran said. “I can’t really emphasize that enough.”

(Updated with latest notice of invitation to file briefs in sixth paragraph.)