The House is poised to pass President ’s $1.9 trillion Covid-19 stimulus, but a ruling by late Thursday by a Senate official dealt a major blow to prospects that the final legislation will include a hike in the U.S. minimum wage to $15 per hour.

Friday’s vote in the House will bring most Americans one step closer to receiving $1,400 relief payments and move action to the Senate, where disagreements among Democrats over the minimum wage had been the biggest obstacle to turning the pandemic relief plan into law.

However, Senate parliamentarian found that the wage provision did not qualify for action under budget reconciliation, a fast-track procedure that would let Democrats pass the stimulus with only 50 votes in the evenly divided Senate. 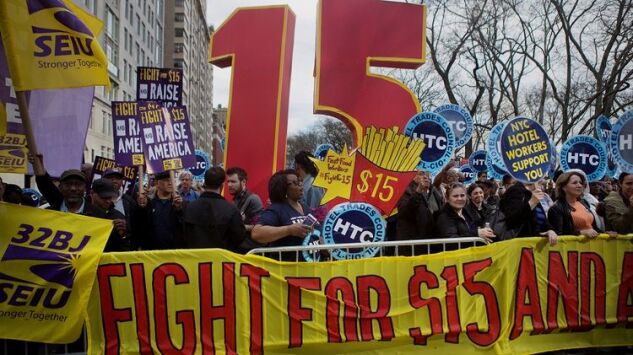 WATCH: The House is moving ahead with a vote on the $1.9 trillion Covid-19 stimulus plan on Friday.
Source: Bloomberg)

Democrats don’t yet have a unified approach for dealing with the minimum wage decision. While Biden called on Congress to “quickly” pass the relief bill, progressives are urging Democrats to overrule the parliamentarian or wage a battle over tax penalties to force higher wages. That raises the potential for disputes that delay Senate passage of the broader stimulus package. 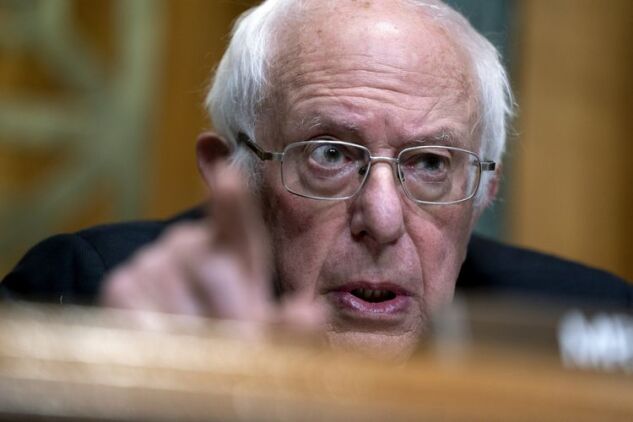 The $15 minimum wage had been a rallying point for progressive Democrats, and Senate Budget Chair immediately proposed a work-around to raise pay for low-level workers.

“I will be working with my colleagues in the Senate to move forward with an amendment to take tax deductions away from large, profitable corporations that don’t pay workers at least $15 an hour and to provide small businesses with the incentives they need to raise wages,” Sanders said in a statement. “That amendment must be included in this reconciliation bill.”

Senate Finance Chair also endorsed the idea of a tax penalty for large corporation “that refuse to pay a living wage.”

There may be prospects for bipartisan talks on a standalone measure. On Friday, Republican Senator of Missouri proposed requiring companies with at least $1 billion in revenue to pay employees $15 an hour.

White House economic adviser said Friday on MSNBC that the administration will “talk this morning and in coming days” with congressional leaders to “figure out the best way” to proceed with a minimum-wage hike while at the same time making progress on the aid bill. 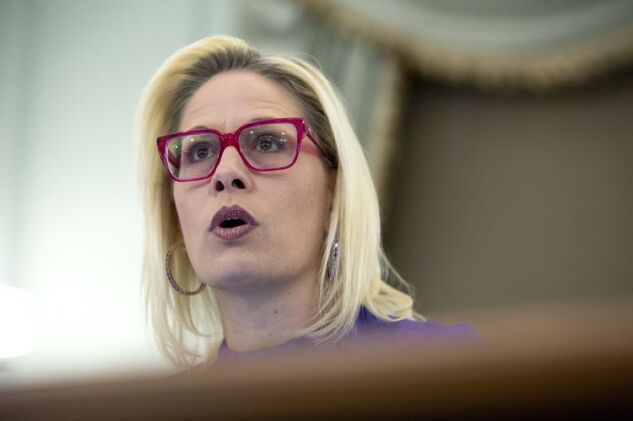 Using tax incentives may address a main complaint from opponents of raising the minimum wage to $15 an hour: That it would be onerous for small businesses. It also may be a way to appeal to two Senate Democrats, West Virginia’s and Arizona’s , who’ve expressed opposition to elevating the wage floor that high nationally and whose votes are needed to pass the legislation in the face of unified Republican opposition.

Manchin has backed an $11 an hour minimum, phased in over two years, and then indexed to inflation. He said on Thursday before the Senate parliamentarian ruled that a compromise might be found. “There are a lot of things we can do,” he said.

Faced with the influence that moderates like Manchin wield in the 50-50 Senate, progressives have said they’re prepared to use their own leverage in the House, where Speaker can only afford to lose five votes and still pass bills if all Republicans stick together in opposition.

“We can’t just roll over and allow a tiny group -- maybe two members of the Senate on the Democratic side -- to drag all Democratic policies, including Biden’s policies, to the right,” said Representative of New York.

Without a tax maneuver, Democrats would likely have to try to pass the wage increase through the ordinary legislative process, which would require the votes of 10 Republicans to reach the threshold of 60 to cut off debate. The parliamentarian’s ruling can be overturned by 51 votes, but Manchin already has said he wouldn’t supply the key vote to do so. 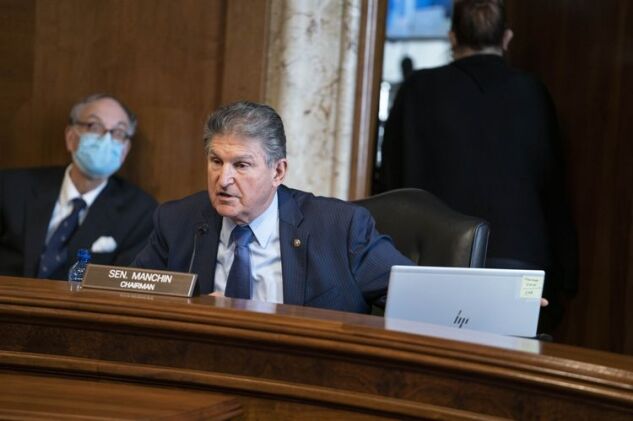 While Vice President , in her role as president of the Senate, could attempt to overrule the parliamentarian, White House Chief of Staff and Press Secretary have both said that they do not expect her to do that. She would still need enough senators to agree with her, which appears unlikely.

Biden, a 36-year veteran of the Senate, recognized that the minimum wage might not qualify under the chamber’s rules, and earlier this month urged that a standalone bill be sent to him in that case. In a statement Thursday night, Psaki said the president respects the Senate process and that he “will work with leaders in Congress to determine the best path forward because no one in this country should work full time and live in poverty.”

Senate Majority Leader said he was “deeply disappointed” with the parliamentarian’s decision.

“We are not going to give up the fight to raise the minimum wage to $15 to help millions of struggling American workers and their families,” he said in a statement. “The American people deserve it, and we are committed to making it a reality.”

The parliamentarian’s decision is likely to rekindle pressure from progressives in both chambers for Senate Democrats to jettison the filibuster rule, which requires 60 votes to pass most legislation.

With the House set to vote on Friday, Democrats plan to get the pandemic relief bill through the Senate and to Biden’s desk by March 14, when expanded pandemic unemployment benefits begin to expire. The legislation would extend those through August, and bolster state benefits to $400 per week, up from the $300 per week currently.

The bill also provides money for Covid vaccines, testing and care along with funds for schools, a temporary expansion of the child tax credit, and temporary health care premium subsidies among other items.

House and Senate Republicans are expected to be united in opposition, arguing that it is too costly and insufficiently targeted. They have especially criticized the $350 billion in aid to state and local governments on the grounds that their finances on the whole haven’t been very hard hit during the pandemic.

“This bill is actually too costly, too corrupt and too liberal -- less than 9% of this bill goes to defeating this virus,” House Minority Leader told Fox News on Thursday.