The House passed an economic relief plan backed by President to deal with the spreading coronavirus as part of what lead negotiator Speaker said will be a continuing effort to help the American people.

The 363-40 vote early Saturday sends the measure to the Senate, which plans to skip next week’s planned recess to take up the bill. The House is not planning to be in session next week.

“Good teamwork between Republicans & Democrats,” Trump tweeted hours after the vote. “People really pulled together.” He had used Twitter to urge support for the measure reached after two days of intense negotiations between Pelosi and Treasury Secretary . The president has said he will sign the bill “ASAP!” 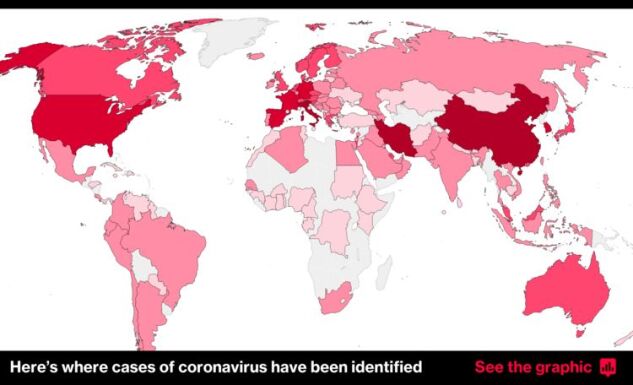 The House package includes free testing for everyone who needs it, and two weeks of paid sick leave to allow people with the virus to stay home from work and avoid infecting co-workers. It also includes enhanced jobless benefits, increased food aid for children, senior citizens and food banks, and higher funding for Medicaid benefits.

The growing outbreak is beginning to squeeze the U.S. economy as schools and sports leagues shut down and businesses scale back or require employees to work from home.

Earlier Friday, Trump declared a national emergency that he said would free up as much as $50 billion to help states and cities respond to the health crisis, waive student-loan interest, purchase large quantities of oil and confer new authority on his health secretary to bypass hospital regulations.

Even though Pelosi said the bill is aimed at helping families, rather than providing broader fiscal stimulus, the bipartisan deal provides a bit of hope for investors who were looking for any indication that policymakers could work together to address the multifaceted crisis.

Pelosi said that while the Senate works on the House bill next week, her chamber’s leaders will begin working on an additional emergency response measure. 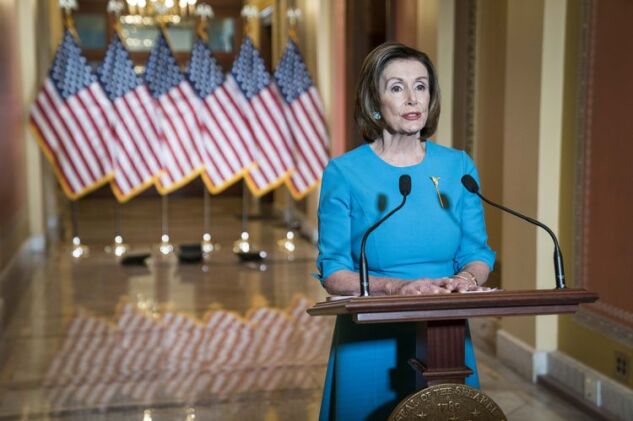 Senate Majority Leader said in a statement shortly after Saturday’s vote that the Senate “will need to carefully review” the House measure. “But I believe the vast majority of senators in both parties will agree we should act swiftly to secure relief for American workers, families, and small businesses,” he said.

As the crisis ballooned, the Federal Reserve was the first to act with last week’s rate cut and this week’s massive repo operations and expanded securities purchases to ease “temporary disruptions” in the market. There is pressure on the Fed’s Open Market Committee to slash interest rates to zero when it meets in Washington March 17-18.

Last week Congress passed and Trump signed into law an emergency spending bill that made available about $8 billion to reimburse state and local governments for the cost of preparing for and fighting the virus, stockpile medical supplies and purchase tests, vaccines and therapies to ensure that the poor have access. It also permits Medicare to spend $500 million on telehealth programs for the virus.

With infections multiplying and no vaccine immediately available, Pelosi pushed ahead with a Democrats-only plan earlier this week when the Trump administration didn’t deliver a promised proposal to respond to the economic consequences of the outbreak. In addition, Trump’s error-filled Oval Office address Wednesday failed to calm roiling equity markets.

“It was really important for us to have a bill right now because the challenge was there,” Pelosi said.

House Minority Leader , who waited to comment on the plan until after Trump announced his endorsement, called the agreement “a really good sign that shows bipartisanship.” It shows we can “beat this virus,” he said.

The bill takes a number of steps to ensure expansive availability of free testing for the virus in the U.S., including providing $1 billion for testing and diagnostics services for people who don’t have health coverage.

A number of provisions are geared toward low-income families and individuals by providing additional funding for food banks and recipients of food stamps and other nutrition assistance programs. It allow states to give lower-income parents direct payments to pay for food their children won’t be getting through free or reduced-price meals at their schools.

The bill would provide $1 billion in emergency grants to states to help them administer unemployment benefits, with half of the funds targeted to states with the worst spikes in joblessness.

One of the biggest sticking points in the negotiations was over provisions requiring employers to provide paid sick leave.

Workers will get up to two weeks of paid sick leave to deal with coronavirus issues and another 10 weeks of coronavirus-related paid family leave at two-thirds pay in the bill, with the government reimbursing businesses for the cost via new, temporary tax credits.

Smaller companies could get exemptions from the paid family leave after the first two weeks of sick leave provided doing so would risk closing their businesses - a provision sought by McCarthy.

More than a quarter of private U.S. workers don’t have paid medical leave, including more than half of part-time workers and about 40% of service employees.U.S. lawmakers don’t know how much the House bill, , will cost, and Democrats said they didn’t plan to wait for an estimate from the Congressional Budget Office before voting.

The revised bill also boosts the federal match for Medicaid by 6.2 percentage points, less than the 8 percent in Pelosi’s original bill but still something that will give states potentially tens of billions in additional funding if the coronavirus crisis extends for months.

The bill also sunsets at the end of the year - another win for Republicans who did not want to create a new, permanent sick leave requirement for employers.

The deal at times appeared teetering on the brink. As he announced a national emergency, Trump cast doubt on on the plan, telling reporters at the White House that Democrats weren’t giving enough in the negotiations.

The House proposal set aside Trump’s call for a long holiday from the payroll tax that funds Social Security, which faces bipartisan skepticism. Some Republicans said they could address that issue later.

The Capitol was closed to the public Friday in an effort to curb the spread of the virus. Several members of Congress closed their Washington offices because of a staff member’s infection or exposure to the virus, and staff are working from their homes.